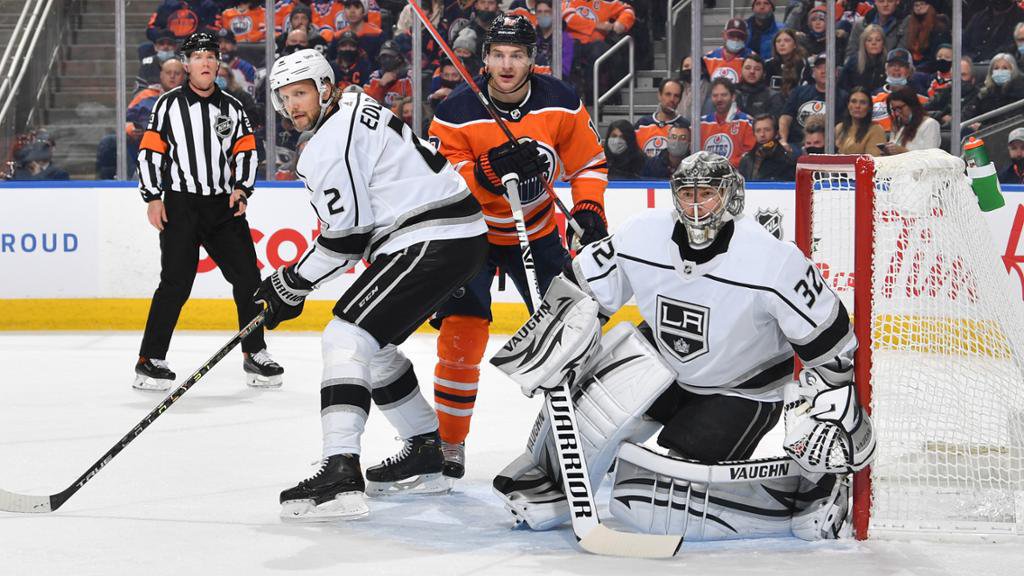 During the regular season, the Oilers (49-27-6, 104 points) took three of four meetings against their Pacific Division rivals. The Oilers have also had the better season, besting the Kings (44-27-11, 99 points), as they finished ahead of the Kings by five wins and five points.

In their first postseason meeting with the Kings since 1990, the Oilers will be seeking their first playoff series win since 2006.

The Kings, meanwhile, are looking to kickstart a run to their first Stanley Cup Finals appearance since 2014, when they won their second championship in the span of three seasons.

Odds are via FanDuel as of Monday, May 2.

Expect Edmonton to Thrive in the Postseason

The Edmonton Oilers have the tools to make a deep run in the postseason this year. Their offense ranks Top 10 in the league, and they have the 3rd best power play.

Current Stanley Cup odds reflect their potential as a real Cup contender, as they come in at +1600 at FanDuel, +1800 at Caesars Sportsbook, and +1700 at BetRivers.

In the first round, they will face a Kings team that they have bested in three straight games. Their offense has been lethal the past few weeks and it helped them to seven wins in their final ten games of the regular season.

The Oilers enter the postseason with momentum, but they have to be careful. The Kings have won five in a row and enter the playoffs on an impressive win streak.

Edmonton has two major offensive producers, Connor McDavid and Leon Draisaitl. They have combined for nearly 100 goals this season and lead the points total for the club. The nearest player in points is Zach Hyman who has recorded 54 points on the season.

The Kings come into the series with a more balanced attack. They spread out the offense throughout their four lines and are effective in doing so. Anze Kopitar leads the team in points with 67.

The Kings will have to rely on defense in this matchup if they want any chance to compete with the Oilers. Edmonton’s offensive attack is a lot to handle, and they can score in large groupings if teams aren’t careful.

This series has the potential to be legendary, but with the dominance the Oilers have shown over the Kings this season, I don’t see the series going past Game 6.

Edmonton will display an offense that will overpower Los Angeles. I see the Kings pulling out a couple of games, but ultimately, the Oilers will be too much to handle for the #3 seed in the Pacific. Edmonton also holds home ice advantage, which will add to the challenge for the Kings.

You might not want to back the exact outcome before the series starts, but if you are confident that the Oilers will finish the Kings off before seven games, the Oilers -1.5 games series handicap presents good value (-106 at FanDuel). That can present some good value opportunities to capitalize on depending on how the series shakes out, if this is a series that you plan to watch closely.

Six games is our expectation for this series, but if you are especially confident about the Oilers’ continued dominance of the Kings, the -2.5 games handicap is available at +194.

It has been a miserable month for the Seattle Mariners, and things are unlikely to get any better tonight as they welcome AL Cy Young Award favorite Justin Verlander and the Houston Astros to T-Mobile Park. After just missing out on the MLB playoffs last season, the Mariners entered this season with hopes of finally END_OF_DOCUMENT_TOKEN_TO_BE_REPLACED