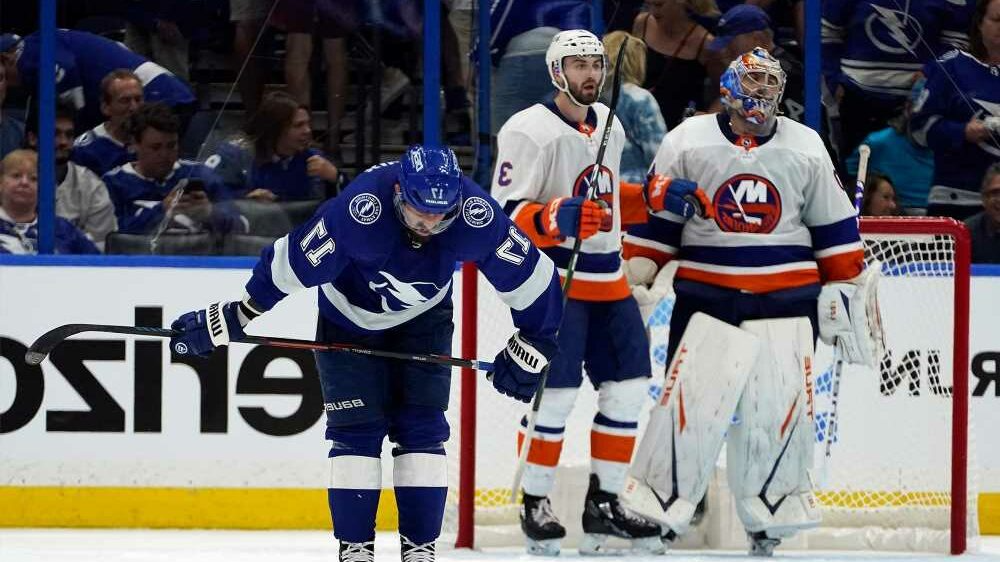 Game 1 of the Islanders vs Lightning series did not go as many expected it would. Instead of the defending Stanley Cup champions taking an early advantage at home, the upstart Islanders went into Amalie Arena and left with a 2-1 win and a 1-0 series lead.

It felt like we were on course for a Stanley Cup finals matchup between the Lightning and the winner of the Colorado Avalanche vs Vegas Golden Knights series. But while the Golden Knights are still very much on course after opening their semifinal series with the Montreal Canadiens with a home win, things do not look so assured for the Lightning.

However, even with the Game 1 loss, the Lightning still do have reason to feel confident about their hopes to send the Islanders packing. So do the oddsmakers, who still view the Lightning fairly favorably despite their defeat.

Islanders continue to defy the odds

Perhaps it shouldn’t be considered too much of a surprise at this point, but the Islanders appear to be interested in sticking around for both a good time and a long time.

After reeling off three straight wins to overturn a 2-1 series deficit in the first round against the Pittsburgh Penguins, the Islanders repeated the feat against the Boston Bruins in the last round.

Both of those comebacks required the Isles to win a Game 5 on the road, so a Game 1 on the road, even against the defending Stanley Cup champions, would not have been an unnerving experience for the visitors.

The Islanders have started with a home ice disadvantage in all three of their series, and this marks the third straight series in which they helped their cause by winning at least one of the first two games on the road. That has paved the way for being able to come back even when they have found themselves behind.

So how will they fare from having to play from in front, when they have thrived from playing from behind so much this postseason? They must be prepared for the Lightning’s best shot, as losing is not something that the Lightning are fond of.

Should there be concern about the Lightning after Game 1 setback?

Yes, it is rather surprising that they lost Game 1 and scored only one goal in the process.

But is it time to abandon ship? Not at all.

This is certainly a pivotal moment for the Lightning. They did not face a series deficit at any point in their series against the Florida Panthers and Carolina Hurricanes. While the Islanders have been familiar with playing from behind, the Lightning have played from in front from the outset of the postseason.

However, they did lose the opener in two series last postseason and did not panic either time. They lost the opener of their second-round series against the Bruins and promptly won four in a row. Then in the Stanley Cup Finals against the Dallas Stars, they lost by three goals in the opener. They won the next three games to take a commanding lead before finishing off the Stars in six.

So the Bolts will have to channel those memories and put their best forward tonight to tie the series. The numbers are in their favor. Between the regular season and postseason, the Lightning have won seven of nine games following a loss in which they scored only one goal. That includes their first-round series with the Panthers, in which they lost Game 5 4-1 and then dumped their in-state rivals out of the postseason with a 4-0 shutout in Game 6.

So expect to see the Lightning look more like themselves tonight. Will it be enough to even up the series heading back to Long Island? It should be, but as we’ve seen multiple time this postseason, betting against the Islanders is a perilous endeavor at this point.