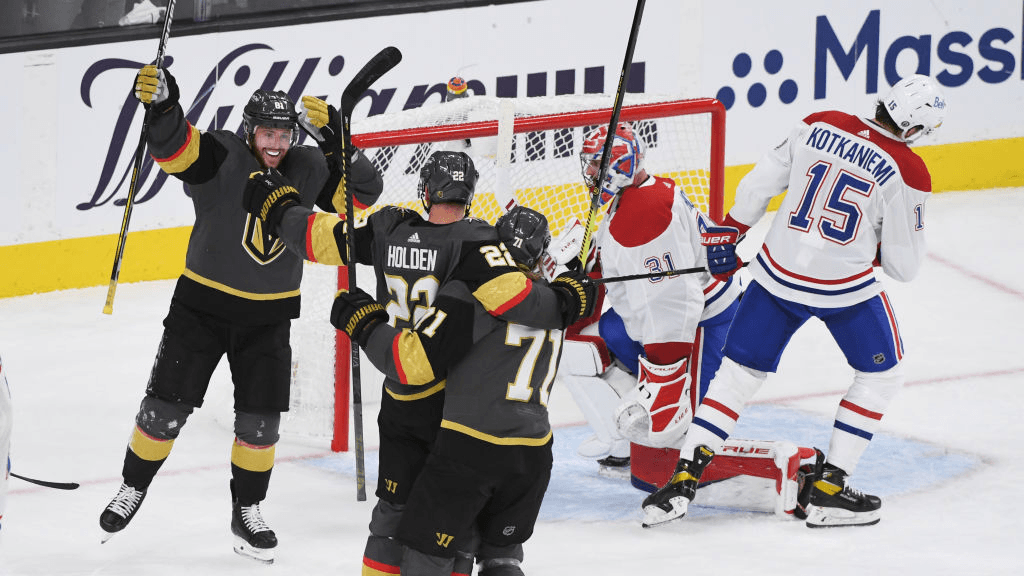 While the Islanders vs Lightning Stanley Cup semifinal series started with a road upset, there was no such drama in the opener of the Canadiens vs Golden Knights series.

After outlasting the rival Colorado Avalanche in the last round, the Golden Knights assumed the position of the Stanley Cup odds favorite. So far, so good with living up to it, as they brushed aside Montreal 4-1 in Monday night’s opener.

Total Games in the Series Odds

Can the Canadiens Challenge in This Series?

Coming into this series, the Canadiens had won seven in a row since facing first-round elimination in Game 5 of their series against the Toronto Maple Leafs. They won three in a row to close out an incredible comeback against the Leafs, then swept aside the Winnipeg Jets in four to move on to the Stanley Cup semis.

But it seems rather clear that extending their stunning run beyond this series will take even more than they produced against the Leafs and Jets.

In Game 1, Vegas brushed aside Montreal 4-1. Try as he might to keep the Canadiens in it, Carey Price still allowed four goals on 30 shots. The Golden Knights outscored the Canadiens in each period on the way to the win: 1-0 in the first period, 2-1 in the second period, and 1-0 in the third period.

While it was not a particularly pleasant night for Montreal, there was one bright spot. The Canadiens were perfect on the penalty in the Golden Knights’ four power-play opportunities. That continues their postseason excellence in that area. In the playoffs, the Canadiens come in at 91.4 percent on the penalty kill, putting them first in that category.

So is there anything that the Canadiens can do to get back in the series? Perhaps, but it is unlikely to occur in Vegas.

The Golden Knights have been one of the league’s best home teams all season long. In the regular season, they were 21-5-2 at home, and that success has continued in the postseason. Monday’s win took the Golden Knights to 6-2 at home in the Stanley Cup playoffs, and they have won five in a row at home since losing Game 5 against the Minnesota Wild in the first round.

This is nothing new for the Golden Knights. In their short NHL history, they are 15-4-2 at home in the playoffs, not counting last season’s bubble playoffs.

It is worth mentioning that in the eight postseason series that make up those numbers, the Golden Knights have lost a home game in five of those series.

But if they are going to do so in this series, Price will have to be Superman. The Golden Knights have scored three or more goals in 15 of their 21 home playoff games, and they are 13-1-1 in those games, compared to 2-3-1 when not scoring at least three goals.

With the Golden Knights so heavily favored tonight, there is no moneyline value unless you choose to back the Canadiens.

But for Golden Knights backers, the home team does present some solid value on the puck line. Of their 15 home postseason wins, 11 have come by multiple goals.