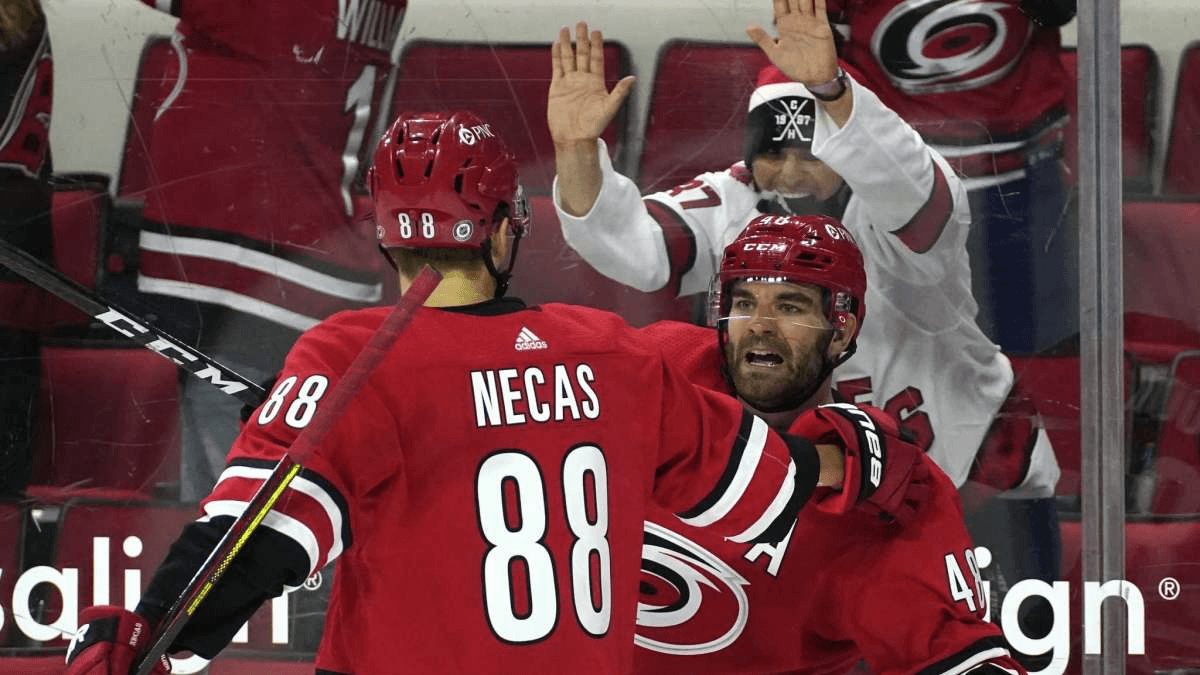 With a month remaining in the NHL regular season, tonight’s Florida Panthers vs Carolina Hurricanes matchup is one of many that will impact the postseason picture.

The Panthers are one of the hottest teams in the NHL, with a six-game win streak. They have ridden that form to the top of the Central Division. The Hurricanes, meanwhile, are in the mix for the division title along with the Panthers and Tampa Bay Lightning.

The homestanding Hurricanes are favored to take the two points tonight, but the Panthers are on fire right now and will fancy their chances of taking the first of this week’s two head-to-head matchups in Raleigh.

The Panthers were not expected to be here with a month remaining in the regular season, but here they are. A division title means avoiding the Lightning or Hurricanes in the opening round, which makes the route more favorable.

A lot of hockey remains before that point, including four matchups against the Hurricanes and four more against the Lightning. But the Panthers are in a promising position thanks to their winning run. The run has come against the three weakest teams in the Central Division–the Columbus Blue Jackets, Dallas Stars, and Detroit Red Wings–so these next two games will be more of a test.

Panthers center Alexander Barkov has scored a point in 25 of his 33 games this season and has four multi-point games in his last seven games. There is value in his points prop at FanDuel Sportsbook, where over 1 point is +120.

Consistency Coming Up Clutch for Carolina

The Hurricanes are three points behind the Panthers with two games in hand and a point behind the Lightning with a game in hand. An argument can be made that they are in the best position of the Central contenders at this point. Aiding that argument is the fact that they’re starting a six-game homestand.

One thing that bodes well for Carolina’s hopes down the homestretch is their consistency this season. Only once have they been held without at least a point in two or more straight games. Success home and away has also been key, as they are 12-2-3 at home and 13-7-0 away from home.

The Hurricanes have the upper hand in head-to-head matchups this season, posting a 3-0-1 mark in four meetings with the Panthers. The only setback was a 4-3 overtime loss in Raleigh on February 17. Our consensus NHL picks back the hosts to continue their head-to-head success and close the gap in the Central.

We are set for a wild final week in the American League, as five teams are battling it out for the two AL wild-card spots. Two of them open what is more or less an elimination series tonight in Seattle, as the Mariners host the Oakland A’s. MLB betting odds at FanDuel Sportsbook give the END_OF_DOCUMENT_TOKEN_TO_BE_REPLACED