Betting on Backups: Which NHL teams Will Survive Their Goalie Injuries? 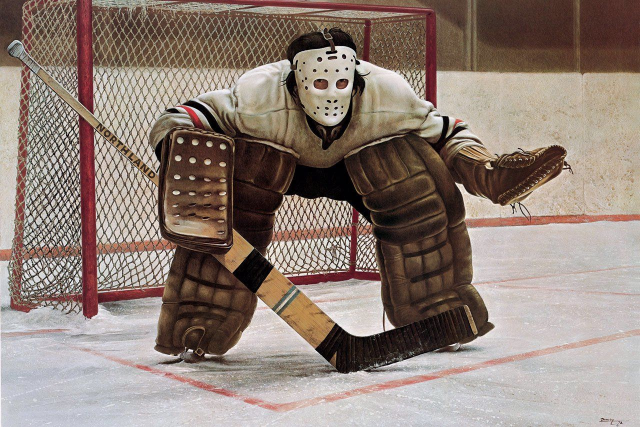 The NHL season is grueling and takes no prisoners. As the season wears on, lots of players start to break down, which is no surprise given the speed and power of today’s game.

Players are often sidelined for a game or two or added to the Injured Reserve list for a longer rest. When it is a forward or a defenseman that gets hurt, the other guys on the team are expected to step up, maybe take a couple extra shifts, and do whatever it takes to limit the damage.

However, when it is a starting goalie that gets hurt, a team has to turn to a player who plays a handful of games each season, now expecting them to take the reins. From a betting perspective, this can cause some havoc, as lines get affected by the change in goaltending.

There are already a handful of significant goalie injuries this year, so we thought we would look at a few of them and try to give you some advice on which teams are still a good bet with their backup in net, and which are teams you should steer clear of until the starter is back between the pipes.

It was announced on Thursday that the Lightning’s starting goalie Andrei Vasilevskiy has fractured his foot. While the prognosis is not yet clear, the team immediately put him on the IR, which can’t be a good sign.

This puts the starting job on the shoulders of backup Louis Domingue, who has seen action for a couple of teams in the NHL. Now, we had Vasilevskiy pegged as a dark horse to win the Hart Trophy for MVP of the league (insert link to MVP article here) and as a favorite to win the Vezina Trophy for top goalie.

If he is expected to miss more than a few weeks, then both of those bets could be out the window, meaning you should turn your attention to other goalies for the Vezina like Pekka Rinne. Domingue is a passable goalie, but Tampa may have to look to the waiver wire or a trading partner to find a long-term replacement if it drags on.

Wait and see with Tampa Bay – let’s see what the doctors say.

The Kings have been bitten by the injury bug over the last few years, and starting goalie Jonathan Quick has been at the front of the line for the number of games missed. The goalie missed almost all of last season with an injury, and this year hasn’t been much better.

Some sub-standard play to start the season revealed a torn meniscus, and this forced the all-star goalie back to the IR and back under the knife. To make matters worse, their backup, young Jack Campbell, who was playing quite well himself, also found himself on the IR.

Most teams that have to go to their third-string goalie are usually in huge trouble, but in the case of the Kings, they can turn to a veteran in Peter Budaj. He has experience as a starter and a backup for many teams across the league during his time in the NHL, and this is a great chance for him to showcase talents in case teams are looking for a goalie when Campbell and Quick are back.

A recent change of coaching and a trade of one of their younger players puts the Kings under the gun to do better than their current last-place standing, so we think this may be an opportunity for bettors to take a chance on the Kings as they will be underdogs in most games in the coming weeks.

Now, let’s be clear: the reigning Cup Champions have only said that their starter Braedon Holtby is out on a day-to-day basis, but he has had a habit of getting injured more than once during a season.

For the last couple of years, the team has been able to rely on their backup Phillip Grubauer (in fact, he replaced Holtby as the starter in the playoffs a couple of years ago). However, Grubauer is no longer on the Caps, which means they have to turn to youngster Phoenix Copley to backstop the team. Copley has had a decent start to the season, going 3-2-1 in 6 games.

This is a case of the team being strong enough in front of him to win games, but having to focus more on defense to not overwhelm the netminder.