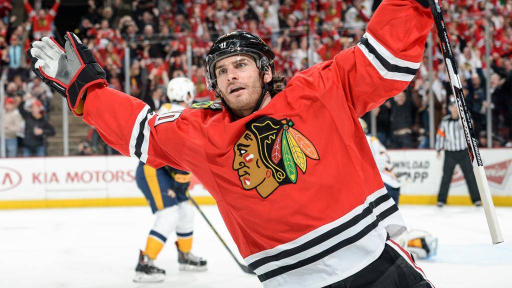 Another week, and some more information that is going to make bettors think twice about where they spend their cash. Some teams are starting to correct after being surprises during the first few weeks of the season, and already we have seen our first coaching casualty of the year. Here are your best bets in hockey for the weekend of November 10th.

The Blackhawks decided this week to let go, Joel Quenneville, which is pretty shocking considering he led the Hawks to three Stanley Cups in the last 10 years. However, this change didn’t seem to help the team as they lost their first game with their new coach. We expect the team to have bonded on the road and when they get to Philly, they will be ready to do their new coach proud. The Flyers continue to be streaky, so while we aren’t sure they will lose this game, we do think it will be a close one.

At the onset of the season, we wouldn’t have thought this game between two rebuilding teams would be worth watching. However, both teams are showing signs of promise and this makes the Saturday tilt is definitely going to attract some more eyeballs. Vancouver’s young star Elia Pettersson has returned from injury and kept up a great scoring pace, while in Buffalo the combination of Jack Eichel, Jeff Skinner, and Jason Pominville has proven to be as deadly a top line as many in the league. We can’t be sure who will come out on top during this spirited affair, but one thing is for sure – loads of pucks will be bulging the twine.

The Penguins are in an early freefall, having lost 5 straight games. To make matters worse, they are having a hard time scoring, and they have been blown out in a couple of games. We thought that after a sensational West Coast road trip a couple of weeks ago that they were back, but this is a tough stretch for the Penguins. GM Jim Rutherford called out his team this week, suggesting that if the team can’t get it together and support their top line with some more scoring, that change would be coming. The perfect antidote for the Penguins? The Arizona Coyotes, who have some talent but still find themselves in the bottom third of the league. We expect the Penguins to rally and lay a beating on the Coyotes.

Here are two teams that are struggling to find some consistency but for very different reasons. The Golden Knights have seen a natural regression since their dramatic run to the Cup Finals, and it seems that scoring is drying up for a team that was faster than most teams in the league last year. The Canadiens started out great but they have lost 3 of their last 4, and they have given up a ton of goals in those games. Carey Price hasn’t looked sharp in their last two losses, and it may be the lack of experience on the blueline that is contributing to his rising Goals Against Average. The return of former captain Max Pacioretty will be in focus in this game, but we think the puck will feel pretty small to these goalies.

The Leafs are playing a rare Saturday night game on the road, and this is the second half of back-to-back nights. This would normally lead to tired legs and a much tougher game, but these young guns on the LEafs seem to be back to firing on all cylinders. The team is still without start Auston Matthews, but the chemistry between John Tavares and Mitchell Marner is improving, which can be seen on the scoresheet. The Leafs are getting some more depth scoring as well, so while they may be tired, we still think this game will be competitive. The Bruins have always been a thorn in the Leafs side, and while they are trying to get Brad Marchand back to his scoring prowess of the last couple of years, the depth of the forward is fully on display every time this team hits the ice. This battle of Atlantic Division powerhouses is too close to call, but we think that there will be a lot of goals scored in this one.