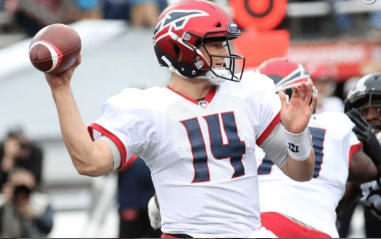 Out in Calgary, two Pacific Division teams will face off. The Anaheim Ducks (24-27-9, 6th Pacific) will aim to stay alive in the playoff race as they take on the first-place Calgary Flames (37-16-7, 1st Pacific).

Since firing Randy Carlyle and general manager Bob Murray stepping in as the interim head coach, the Ducks have won two in a row and three of their last four. They have significantly stepped up their play since their stretch of two wins in 21 games. Meanwhile, the Flames are 5-3-2 over their last 10, but come into tonight with a three-game winning streak.

Oddly, this is just the second time these division foes have played each other this season, with Anaheim winning 3-2 on November 7th. Tonight, the Flames are big favorites at home, listed at -255.

Is the Quack Back?

What was once a promising season became a nightmare after a December 17th win against the Penguins. After that, the Ducks lost 12 games in a row, won twice, and then lost another seven in a row. The final loss of the streak, a 6-2 drubbing by the Flyers, led to the firing of coach Randy Carlyle. But with three wins in four games under Murray, Anaheim is oddly just five points out of a playoff spot.

Make no mistake, the Ducks have had a very poor season. They are the worst offensive team in hockey, ranking dead-last in goals, shots, and shooting percentage, with a power play that ranks a measly 27th. They are 18th in goals allowed, but also allow the third-most shots. Despite goaltender John Gibson doing everything he can on a nightly basis, Anaheim’s -50 goal differential is the worst in hockey.

With just 39 points, Ryan Getzlaf is the team leader in scoring. Adam Henrique is the only other Duck with more than 30 points (32). Leading goal-scorer Jakob Silfverberg has 16 goals, but just 24 points overall. It also hasn’t helped that many point contributors like Corey Perry and Ondrej Kase have missed most of the season.

With Gibson on the IR, Ryan Miller is expected to start in goal. The veteran has actually played really well when healthy this season, going 6-2-1 with a 2.39 goals against average and .929 save percentage.

On pace for the most points in franchise history, the Flames have spent most of the season atop the Pacific Division. Calgary has stayed consistent all year, with their worst stretch of hockey coming on a four-game losing streak near the beginning of this month. Coach Bill Peters has gotten his team back on track, with three wins in a row.

Calgary has had success this season based on strong play on both sides. They rank second in goals and shooting percentage, and 12th in shots on goal. They rank 11th in goals allowed, and fifth in shots allowed.

MVP-candidate Johnny Gaudreau leads Calgary with 79 points. Elias Lindholm and Sean Monahan are not too far behind with 69 and 67 points. But the Flames are deep, with five players who have more points than the leading scorer Getzlaf on the Ducks.

After a few bad starts from David Rittich,Mike Smith has started the last four games and is expected to once again start tonight. Smith is 17-11-2 with a 3.02 GAA and .892 save percentage.

Although the Ducks have been playing better as of late, I think the Flames are in a great position to win in a big way. In addition to being the all-around better team, Calgary has just five regulation losses at home this season, while Anaheim is 12-18-1 on the road. It will take an outstanding performance from Miller to win, so I will pick the Flames -255.