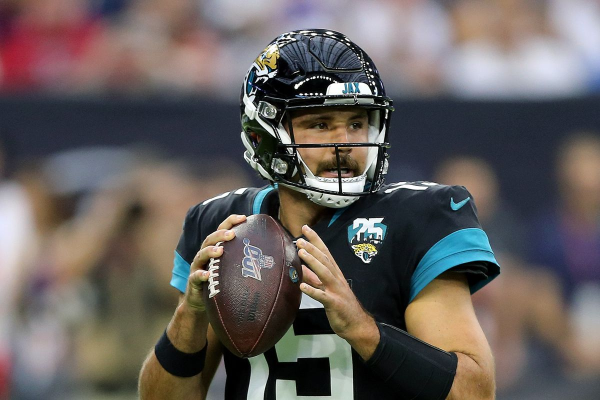 Week 3 of the NFL season will kick off on Thursday night with a battle of AFC South teams. The Jacksonville Jaguars are set to host the Tennessee Titans in a game that both teams desperately need to win. Tennessee needs a victory to get back on track after a disappointing loss in week two, and the Jaguars are looking for their first win of the season. Thursday Night Football games have a tradition of being sloppy and ugly to watch, and this one could fall under that category. Don’t expect many points in this game, as both teams feature much better defenses than offenses.

The Titans blew a chance to move to 2-0 to begin the season with a heartbreaking loss a week ago. Tennessee blew out the Cleveland Browns by a score of 43-13 in Week 1, but they took a few steps back in Week 2. The Titans suffered a tough 19-17 loss to the Indianapolis Colts to fall to just 1-1 on the season.

Jacksonville had a chance to win its game last weekend against the Houston Texans but ultimately suffered a 13-12 loss to fall to 0-2. The schedule hasn’t been too kind to the Jaguars this season, especially opening the season against the Kansas City Chiefs. Jacksonville comes into this game as a two-point underdog in this AFC Showdown.

Nick Foles was supposed to be the starting quarterback for the Jacksonville Jaguars this season, but those hopes were dashed when he suffered an injury in the season opener. Jacksonville has been forced to turn to rookie Gardner Minshew for now, but he has looked sharp so far in his short career. Minshew has thrown for 488 yards while completing 77 percent of his passes so far. Running back Leonard Fournette has yet to score a touchdown this season, but teams are loading up to stop him.

The Jaguars defense was sharp in their Week 2 loss to the Houston Texans but could be without Jalen Ramsey in this game. Ramsey has demanded a trade from the Jaguars as he is upset with head coach Doug Marrone. Jacksonville has won games with its defense in the last few years, but losing Ramsey would be a huge blow to their secondary.

If the Tennessee Titans are going to make a return to the playoffs this season, they are going to need more from quarterback Marcus Mariota. Mariota has just not lived up to the hype of being a Heisman quarterback, and it is hurting the Titans offense. The former Oregon star has thrown for just 402 yards through his first two games but has yet to throw an interception. Running back Derrick Henry has run for 165 yards so far this season, but he still has yet to break out like he is capable of doing.

The Titans are allowing just 16.0 points per game so far this season, and they completely shut down the Cleveland Browns in the season opener. Tennessee knows that it can’t win games with its offense, so the defense will have to put up a low number. Look for the Titans to blitz early and often in this game in an effort to disrupt Minshew’s timing.

This game might be just as sloppy as some of the most recent Thursday Night Football games, but it should at least be competitive. Neither of these teams has the offense to pull away from the other in this game, and it will likely come down to one final play in the fourth quarter.

Winning on the road in the NFL is never an easy task, and the Jaguars will play some inspired football in this game. Look for Minshew to lead his team to victory in this one. Bet the Jacksonville Jaguars +2.0 over the Tennessee Titans on Thursday night.