Ramsey Demanding Trade from Jacksonville; Huge Impact For Whoever Acquires Him 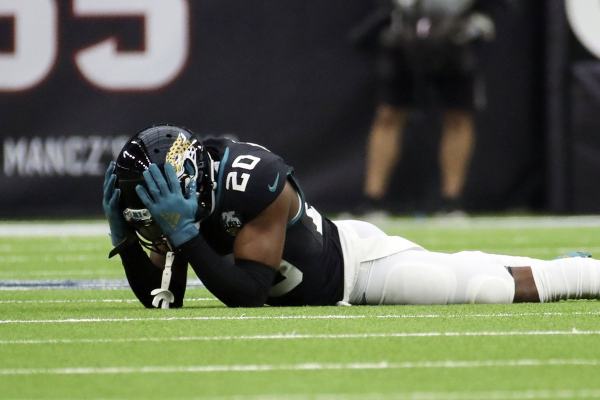 Player power seems to be rising in the NFL, and Jacksonville Jaguars cornerback Jalen Ramsey is the next one up to force a move. After an altercation between the star defensive back and head coach Doug Marrone on the sideline during the Jags’ 13-12 loss to Houston, Ramsey is now demanding a trade out of Jacksonville.

News of the trade demand comes via Ramsey’s agent, DavidMulugheta, who says Ramsey asked the Jaguars to be traded. According to multiple reports, Jacksonville is asking for at least one first-round pick in exchange for the cornerback, although they want more.

Ramsey is currently in the fourth year of his rookie contract after being selected fifth overall by Jacksonville in the 2016 NFL draft. The Jaguars have already picked up the fifth-year option to keep Ramsey under contract through the 2020 season.

With the Jaguars contacting other teams and letting their asking price known, it appears Ramsey is on his way out of Jacksonville. Whichever franchise lands the 2017 first-team All-Pro and two-time Pro Bowler will be getting one of the league’s best defenders, as well as one of the loudest.

It all started with a third-and-two play in the first quarter of Jacksonville’s matchup with Houston. After a three-yard completion to DeAndreHopkins that moved the chains, Ramsey wanted Marrone to challenge the play.

Marrone declined to throw the red flag, and the Texans ended the drive with a field goal to go ahead 3-0. When the defense returned to the sideline, Ramsey made his anger known to his head coach.

Ramsey first yelled at Marrone as the player stormed over to the bench. Marrone then came over to the bench, allowing a heated argument to take place before the two were separated by players and staff on the sideline.

Marrone later downplayed the altercation between he and Ramsey, noting that the player would not be disciplined. However, the first-quarter situation was enough to make Ramsey demand a trade.

Player Power in the New NFL

Although Ramsey has always been one to voice his frustration, he may not have gone as far as demanding a trade without the shift in power throughout the league recently.

Antonio Brown appears to have orchestrated his release from Oakland after a series of odd events, including a tirade over his inability to wear a particular helmet and the recording of a conversation between himself and head coach Jon Gruden. Brown wanted to get out of Oakland and go to a contender, and that’s exactly what happened.

Next up was Minkah Fitzpatrick, who wanted off a dreadful Dolphins team that’s been blown out in each of its first two games. Fitzpatrick was unhappy with being forced to play multiple positions on a team that looks headed for the first overall pick in 2020, and so he requested a trade.

Days later, Fitzpatrick is on his way to Pittsburg after the Steelers traded away their first-round pick in next year’s draft.

Which Defense Will Ramsey Upgrade?

As one of the NFL’s best cornerbacks, there’s no denying that Ramsey would immediately enhance any defense. And while the Jaguars are likely to exchange him only for the best deal on the table, it’s also likely that a team ready to win now would be most willing to part with a first-rounder for a player under contract through only this year and next year.

Through his first three seasons, Ramsey racked up nine interceptions despite having one of the lowest percentages of opposition pass attempts coming in his direction. He’s also successfully defended 44 pass attempts and shut down some of the league’s best receivers.

So, where is he headed?

As previously mentioned, the franchises most likely to give up a first-round pick or more for Ramsey would be those who see themselves as contenders right now.

The first team that jumps to mind is the Kansas City Chiefs. The Chiefs have the perfect mixture of a team ready to win right now and needing help in the defensive backfield. With +700 odds, Kansas City trails only the New England Patriots (+333) as favorites to win the Super Bowl.

Again, the Jaguars are likely to take the best deal being offered, so any team could land Ramsey, but don’t be surprised if the star cornerback ends up on one of those contenders very soon.