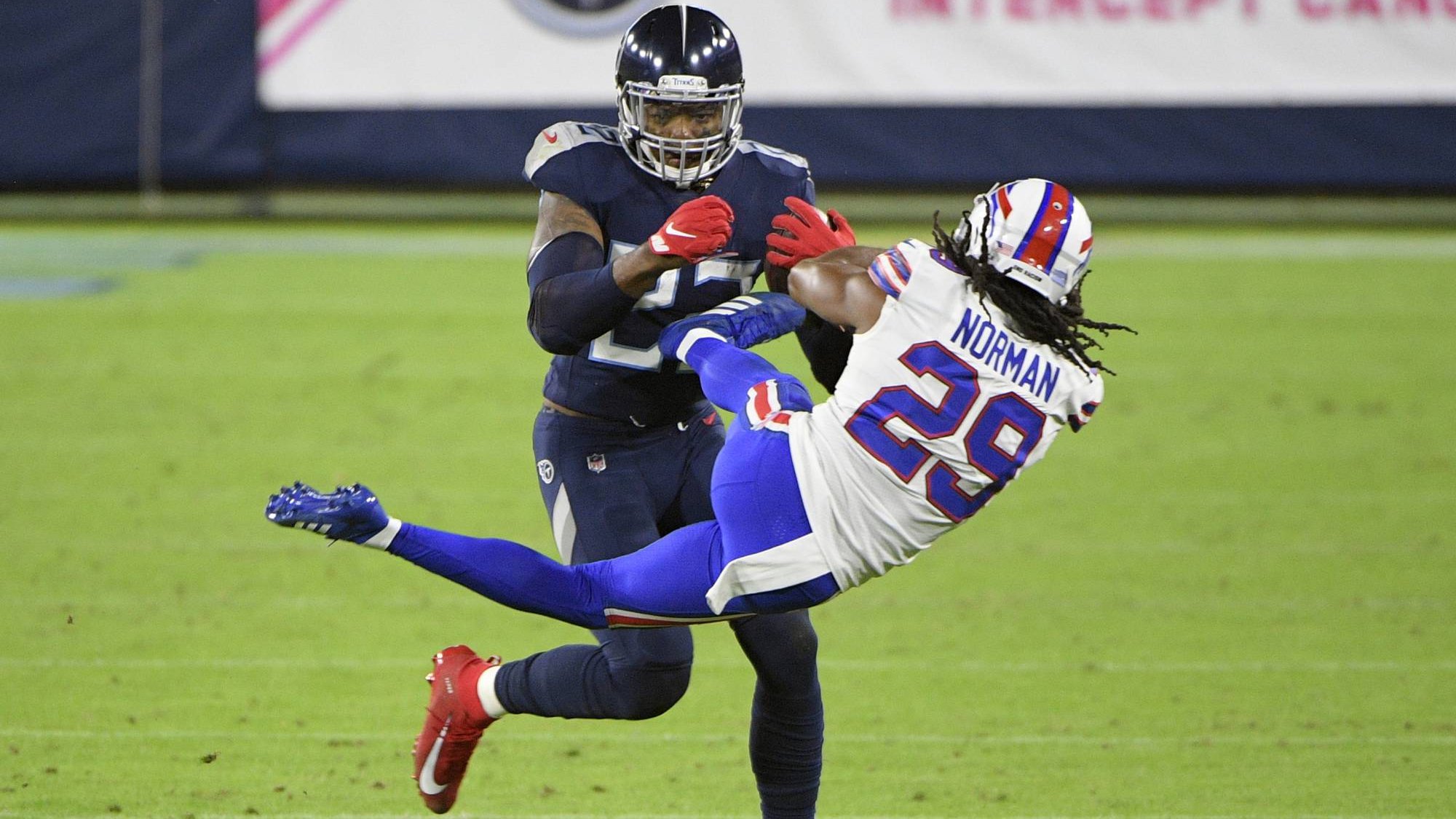 By all measures, the Tennessee Titans had a good season last year. They won 11 games and won the AFC South, led by 2,000-yard rusher Derrick Henry. The year did end in an early postseason exit, as they fell at home to the Baltimore Ravens in the wild-card round.

But the Titans are one of the NFL’s top rising teams and are poised for another successful season. Their offense is poised to be one of the NFL’s best, thanks to a passing attack that has added superstar receiver Julio Jones. The defense has room to improve but is not short on talent and held the Ravens under 20 points in the postseason.

Can the Titans not only defend their AFC South crown but make the leap to make a serious run at the AFC title? It is well within their reach.

To keep up with the Titans’ results and updated futures odds throughout the season, check out our dedicated Tennessee Titans page.

Tennessee Titans odds are via FanDuel Sportsbook as of Wednesday, September 8, 2021.

Getting better against the pass was a big theme to the Titans’ offseason moves. Autry, and Dupree will improve the pass rush, while Jenkins and Farley turn over the top corner tandem. Dupree and Farley, their top draft pick, are the keys. Reynolds takes the spot of departed WR Corey Davis, or at least he was supposed until the addition of Julio Jones. They are better at receiver than they were a year ago.

Butler and Jackson were the starting corners a year ago and Butler even had four picks, but the Titans were 29th against the pass last season. Clowney’s production will be easily replaced. He played in only eight games and had no sacks. Davis and Smith were the second and third leading pass catchers, but adding one of the NFL’s best receivers is a major, major upgrade. The guys they have in line to replace Smith are not as dynamic though.

When you think about the Titans you think about that power running game featuring Henry. Henry will continue to be a focal point and could lead the league in the major rushing categories once again. With offensive coordinator Arthur Smith moving on to take the head job with the Atlanta Falcons, they were smart to promote from within and have as much continuity as possible. Tannehill is not elite but he runs their system well, and with Jones and rising star A.J. Brown, he could have one of the best seasons of his career.

Defense is the key to whether or not the Titans will take the next step. They couldn’t get pressure on opposing quarterbacks, and things more or less fell apart from there. Autry and Dupree alone could best the 19 total sacks the team had last season. The Titans are hoping for that and for it to impact the entire defense.

There is a lot to like about the Titans. One of their best qualities right now, as compared to the rest of the AFC South, is they know exactly who they are and who they can win with. The other teams have a lot more question marks.

The Titans seem to get left out of conversations about the elite teams in the AFC. Most view the conference as Kansas City’s to win again, with Buffalo and Baltimore as worthy challengers.

When it comes to the path to the playoffs though it is hard to argue that anyone has it easier than Tennessee. What they need to do to go further is have a record that would get them home games in the playoffs. This team has the ambition and the horses to win now.

The Titans look like a shoo-in to make the playoffs again, and this is the best team that coach Mike Vrabel has had on his hands. I do think there are some more interesting AFC title and Super Bowl options, but you will not be wasting your money by backing the Titans in either spot. The division odds are very favorable, but I am not a big fan of tying up my money for the same payoff you can get from a single game.

While the payoff is not great, I really like the over on the Titans’ win total. It helps to play in a division with the Jaguars and Texans, and they should bank four wins against those two teams and at least split with the Colts. The rest of the schedule has some tough games, especially the back-to-back against the AFC’s top two contenders. But those two games are at home, and every time I run through the schedule I get at least ten wins and potentially as many as 12. Few teams provide the value that the Titans do here.

Prop to consider: Derrick Henry to lead the NFL in rushing touchdowns (+500)

Henry has been very durable, and provided he continues to be, he is going to put up huge numbers once again. The offense should be more balanced with the addition of Jones, but everything will still run through Henry, and Henry will still run through everything. Beyond that, Caleb Farley to win Defensive Rookie of the Year is worth a look at +1700.

The Titans are not my pick to win the Super Bowl or the AFC title this season, they should win a lot of games though, and if the chips fall the right way, they could take the next step. If the defense improves, those chances will increase, and so will their game-to-game value, as more comfortable wins will make them less of a spread risk.

The 2022 French Open is underway at Stade Roland Garros in Paris, France, and we are already almost through the first week of play. Tomorrow, the remaining third-round matches will take place, after which the men’s and women’s singles draws will be down to their final 16 contenders. In both men’s and women’s singles, there END_OF_DOCUMENT_TOKEN_TO_BE_REPLACED