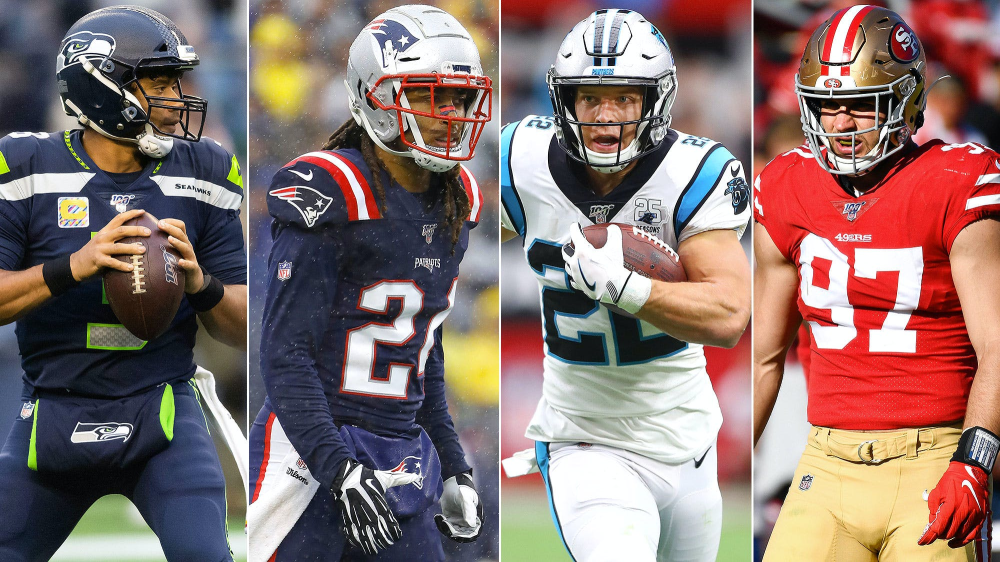 As difficult as going 16-0 is, there are not many who would have expected the Pittsburgh Steelers to lose at home to 4-7 Washington in Week 13.

But that is exactly what happened, as Washington overcame a 14-0 deficit to shock the Steelers 23-17.

While that was the biggest upset of Week 13, it wasn’t the only one in a week that featured multiple upsets and thrilling finishes. As a result, the latest NFL futures odds have had some interesting changes heading into Week 14.

Even with the Steelers strolling through the season undefeated, the Chiefs had been the oddsmakers’ favorite to be NFL champion over the last several weeks. With the Steelers now with a loss on their ledger, the reigning champions have a little more separation from the rest of the championship contenders. The Steelers, who were +550 last week, have fallen behind the 10-2 New Orleans Saints, who hold steady at +550 after winning their ninth win in a row.

Elsewhere, the Seattle Seahawks took a dive after their own stunning home loss to an NFC East team, as they fell 17-12 to the New York Giants. The Los Angeles Rams benefitted from that surprise result, tying the Seahawks at the top of the NFC West and leaping above them as the NFC’s third favorite.

The odds to win the AFC and NFC have seen some changes as well thanks to Week 13’s results. The Cleveland Browns received a big boost following their big 41-35 win at Tennessee, in which they scored 35 second-quarter points and then held off the Titans in the second half to move to 9-3. The Titans are now +1700 to win the AFC and +2800 to lift the Lombardi Trophy after being +1100 and +2000, respectively, last week.

In the NFC, the Seahawks didn’t suffer a major drop despite their loss, but they are now behind the Green Bay Packers and Rams, in addition to the Saints.

Prior to Thanksgiving, it appeared that the NFC East race could be contested between all four of its members. Now it looks like it could be a two-team tussle for the title.

While Washington and New York pulled major upsets, the Philadelphia Eagles lost their fourth game in a row, falling 30-16 at Green Bay. In the span of those four weeks, the Eagles have gone from first place to have to make the desperate move of benching Carson Wentz in favor of rookie Jalen Hurts in order to try to salvage their division hopes. But at 3-8-1, the Eagles have no margin for error.

Meanwhile, the momentum is all on the side of New York and Washington, who sit together atop the division at 5-7. The Giants, who have won four in a row since starting 1-7, hold the edge due to winning both head-to-head matchups already. As a result of that and a remaining schedule that features three home games to Washington’s two, they are -145 favorites to win the NFC East heading into Sunday’s home game against the Arizona Cardinals. Washington, whose comeback triumph in Pittsburgh was their third win in a row, is +160 to win the division ahead of a trip to San Francisco.

The fading Eagles sit at +1400, a far cry from the odds they held a month ago. The 3-9 Cowboys are still mathematically in it, but odds of +2000 reflect what the oddsmakers think of their chances.

The NFC West is also a two-horse race now, as the Cardinals have lost three in a row to drop back since there was a three-way tie at 6-3 following Week 10.

For now, it’s the 8-4 Rams who hold the edge in the division over fellow 8-4 team Seattle, thanks to last week’s results and the 23-16 home win they posted over the Seahawks in Week 10. The Rams bounced back from a surprising home loss to San Francisco with a 38-28 win at Arizona, and they now sit at -145 to win the NFC West. The Seahawks held the edge last week, but they now sit at +120 to take the title.

The Rams host surging New England tonight in a Thursday Night Football clash, while the Seahawks host the still-winless New York Jets. Three of the Rams’ final four games are at home, though the lone road game is a Week 16 visit to Seattle that could decide the division.

All odds in this article are courtesy of FanDuel Sportsbook.