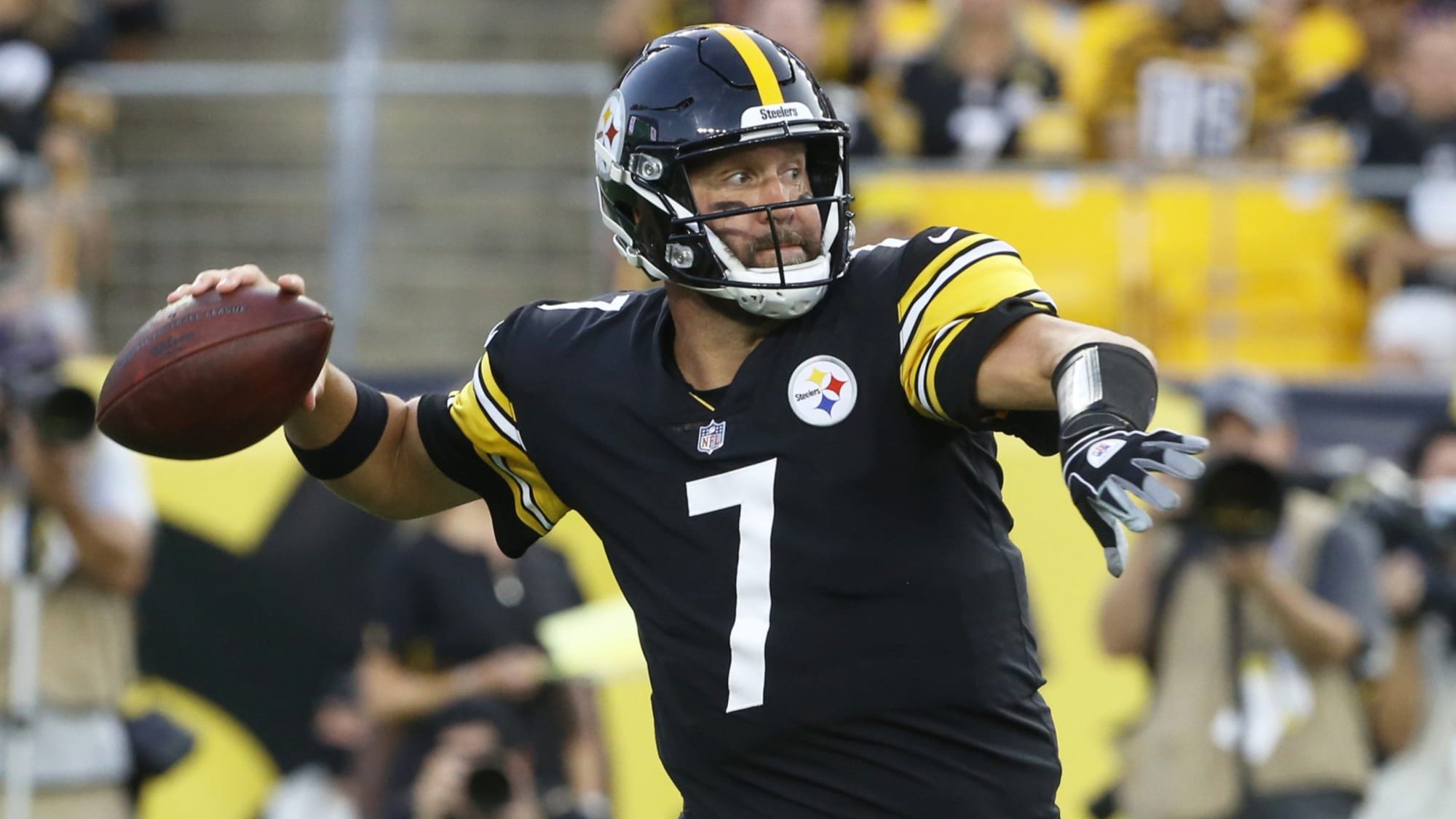 If you take away the 11 straight wins the Pittsburgh Steelers had to start the season there is not much to celebrate from last year. All season long the metrics said Pittsburgh was not a dominant team, and a 1-4 record to close the season, and an ugly home playoff loss to the rival Cleveland Browns, confirmed it. The offense was just mediocre last season and committed five turnovers against the Browns in a stunning 48-37 loss. How you end the season definitely influences your outlook.

To keep up with the Steelers’ results and updated futures throughout the 2021 NFL season, check out our dedicated Pittsburgh Steelers page.

Pittsburgh Steelers futures odds are via FanDuel Sportsbook as of Friday, September 3, 2021.

When you have one of the league’s best defenses, it makes it easy to concentrate on offense in the offseason. That is what the Steelers did, using their top four picks in the 2021 NFL Draft on that side of the ball. Harris is looking to revitalize the ground game, and Freiermuth should have a prominent role. Finney and Green help beef up the offensive line depth. Keeping Ben Roethlisberger on the field is critical.

The Steelers had the NFL’s worst rushing attack last season. That is not the way that Tomlin wants to win and is definitely at odds with the best Steelers teams we have seen. Most of the moves above were made with improving the ground game, and I will be shocked if that doesn’t happen. I do not want to overlook the departure of Dupree though. Pittsburgh led the NFL in sacks last season. If that dips significantly, the defense overall will suffer.

Big Ben is not quite on the decline, but it is clear the Steelers want to run the ball more to take the burden off of him. They have made all the right moves, but will they work? The Steelers might not have one elite receiver but they have two in that next tier, maybe even three. Juju Smith-Schuster did not have the season many predicted for him, but 97 catches and nine touchdowns are not exactly a miss. They just couldn't get him to break the big ones, but that was in part because rookie Chase Claypool emerged too. If Harris can be productive immediately, the Steelers should have a solid offense to go with their defense.

Last season, the Steelers were third in scoring defense and yards allowed. A big reason for that was leading the league in sacks and interceptions. Linebacker T.J. Watt is a star, but having Dupree opposite helped. This unit will be strong again, and it has to be.

The Steelers won 12 games a year ago, but that mark will be tough to reach this season. I think they can be a pretty good team overall, but they may need to win several close games.

The Steelers have definitely let their intentions be known that they want to improve. However, I am not sold that they will be much better.

It is hard to have too much optimism for a deep postseason run when the Steelers are the third-best team in the AFC North. I like the attention they gave to the running game but worry that any slippage on defense might balance that out. There are better options out there, even if you don’t want to pick a team like the Chiefs.

The AFC North is one of the NFL’s best divisions, and the race for the division title should be tight. The Browns and Ravens look better on paper, but the Steelers are worth taking as I can easily see a game separating first, second and third in the final standings. The Steelers have the best payoff of the three, so if you think they might outperform, this is the bet to make. I like it, but you can also make a profit if you bet them to win some swing games too.

The win total predicts Pittsburgh to be just a .500 team. They definitely have a tough opening game at Buffalo and a difficult final stretch. For the Steelers to get that over, they have to dominate elsewhere in the remainder of their schedule. It is going to be close, but I can see nine wins in that stretch. With Big Ben leading the way, they have to make the most of the part of the season before he gets banged up.

When we are looking at props at this stage of the season we are looking at payoffs and comparable value. In this case, Big Ben’s odds are shocking. The Steelers should win enough and he can be good enough statistically to be a factor. Is he a better bet than Mahomes, Brady, or Rodgers? No, but the rest of the table is puzzling.

Another one to like is Najee Harris to lead the league in rushing touchdowns. If he is what they want him to be, I can see double-digit scores.

I don’t see the Steelers winning fewer than eight games, but can the running game and defense excel? If the answers are yes then double-digits wins are well within reach. If not, they could easily find themselves on the wrong side of a lot of close games. I do not see this team as one to have a lot of playoff success, but they could thrive during the regular season, provided Roethlisberger stays healthy in what could be his final season.

The 2022 French Open is underway at Stade Roland Garros in Paris, France, and we are already almost through the first week of play. Tomorrow, the remaining third-round matches will take place, after which the men’s and women’s singles draws will be down to their final 16 contenders. In both men’s and women’s singles, there END_OF_DOCUMENT_TOKEN_TO_BE_REPLACED