NFL Buy or Sell Part 1: Which Week 1 Losers Are Doomed to Fail? 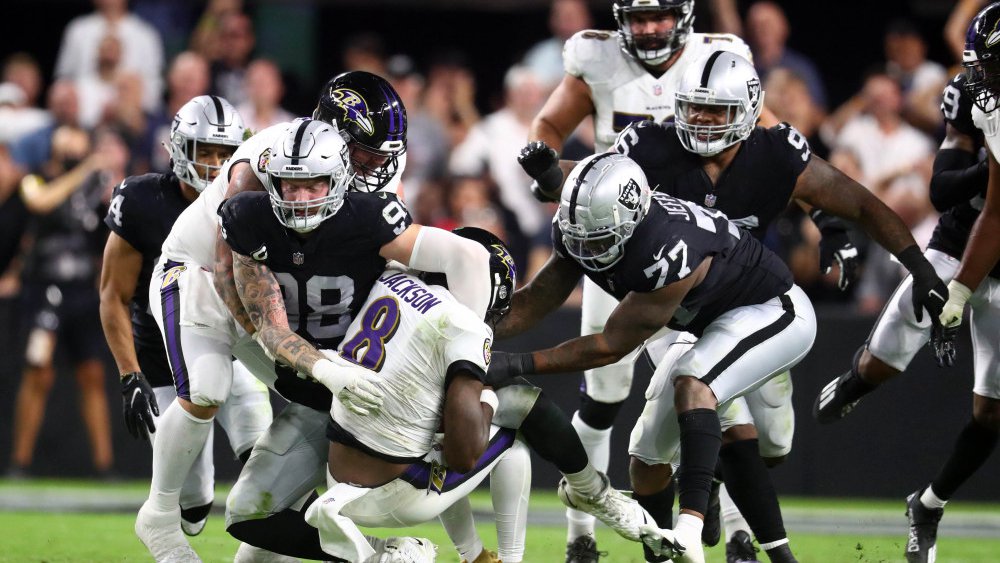 Week 2 of the NFL season kicked off last night with the Washington Football Team hosting the New York Giants in an NFC East rivalry showdown. Both teams kicked off the new season by losing at home and entered Week 2 looking to get back on track as soon as possible. The same can be said for those whose NFL betting selections consisted of mostly favorites.

All told, nine NFL underdogs won straight up, and three other underdogs covered the spread in defeat. The wacky week started with the Dallas Cowboys covering against the Tampa Bay Buccaneers in a last-second loss, and it ended with the Las Vegas Raiders rallying and outlasting the Baltimore Ravens in overtime in a wild Monday Night Football matchup in Vegas.

Among the group of favorites to go down in Week 1 were a few expected contenders. The most notable one was the Green Bay Packers, who were on the receiving end of a 38-3 shellacking by the New Orleans Saints. The teams had to play in Jacksonville, but the uprooted Saints took to TIAA Bank Field like it was the Superdome. Along with the Packers, the Buffalo Bills fell at home to the Pittsburgh Steelers, the Arizona Cardinals crushed the Tennessee Titans in Nashville, and as mentioned above, the Ravens went down to the Raiders.

For some of Week 1’s favored failures, the forecast going forward is still rosy. We’ll take a look at those teams a little later.

On the way to winning the AFC South last season, the Tennessee Titans had a few head-scratching performances. There was the 38-point first half they allowed against the Cleveland Browns. A bad road loss to the Cincinnati Bengals, who had one win at the time. And lest we forget, they won four games in which they surrendered 30+ points.

So there is a fair chance that their ugly home loss to the Cardinals is just a slight blemish. But it isn’t merely the loss that gives me pause about their chances this season. Yes, it’s hard to picture them making a deep run in the NFL playoffs unless their defense figures things out.

It is the overall manner of their loss that is the concern. There was not a single thing that the Titans did with any competency other than Brett Kern’s punting. Kyler Murray is a bad matchup for many NFL defenses, and Chandler Jones, who had five sacks, clearly ate his Wheaties. But the Titans were awful. Atrocious. Dreadful. Horrendous. Horrible. Terrible. All of the words in the thesaurus.

Will the Titans win the AFC South? They are a better team than the Colts, but they have some heavy hitters ahead. This week, they visit Russell Wilson and the Seahawks, which isn’t any easier of a matchup.

Let’s take a look at their schedule through mid-November.

The Titans did respond when needed more often than not last season, so there is reason for optimism. In fact, there is now better value on the over for their win total, which comes in at -105 for over 8.5 wins (from -165 for over 9 wins before the season started). Even if they take some early lumps, a favorable second half still makes them worth backing for nine wins. They’re also now -122 to make the playoffs after being -160 to do so prior to Week 1 and -105 to win the AFC South. I do still favor them to do both.

But will they make the playoff breakthrough that should be expected with the talent they have accumulated? Week 1 has significantly eroded my confidence there. Based on their expectations and ambitions, another early playoff exit would be a massive failure.

And what about their AFC South title rivals? Carson Wentz did have decent numbers in his debut for the Indianapolis Colts. But the Colts need to run the ball well to succeed. They didn’t against the Seahawks, with Jonathan Taylor managing only 58 yards on 17 carries. It is inevitable that there are going to be games where Wentz will have to lead the way with his arm. The jury is rightfully still out on if he can.

The Colts host Aaron Donald and the Rams on Sunday afternoon. It will be a stiff test for the Colts on both sides of the ball, and the Rams didn’t do their lofty ambitions any damage in Sunday night’s win over the Chicago Bears.

Will the Ravens Rid Themselves of Their Rotten Luck?

Right about now, asking what else could possibly go wrong for the Baltimore Ravens feels like tempting fate. Having to face Patrick Mahomes and the Kansas City Chiefs at full strength is daunting enough, but having to do it as banged up as they are? Yikes.

In addition to the injuries they were already dealing with, the Ravens could be without two starting offensive linemen this week and beyond. Guard Tyre Phillips is now on short-term IR after suffering a knee injury against the Raiders, and rumors are swirling on social media that it could be a torn ACL. And All-Pro tackle Ronnie Stanley may be out against Kansas City and perhaps longer due to lingering ankle issues. Additionally, key corner Chris Westry suffered a torn meniscus against the Raiders and will be out for an extended period.

Oh, and receiver Marquise Brown, who had six catches (on six targets) for 69 yards and a touchdown on Monday, has missed multiple practices this week due to an ankle injury.

Now, it wouldn’t surprise me if the Ravens beat the Chiefs on Sunday night. They are playing at home, and the Chiefs are not without their flaws. But it is impossible to believe in or back the Ravens in the long term when they are this unlucky.

But if there is something to buy in on, it’s the over on any Lamar Jackson props week to week. Jackson accounted for 311 yards (19 of 30 for 235 passing yards, 86 rushing yards on 12 carries) against the Raiders and may have to eclipse his yardage totals from his 2019 NFL MVP season (3,127 yards passing, 1,206 yards rushing) out of necessity.

The 2022 Formula 1 season is only six races deep, but the race for this season’s championship alerady appears to be down to just two drivers. Last season, Red Bull driver Max Verstappen claimed his first Formula 1 World Drivers’ Championship in highly controversial circumstances, with Lewis Hamilton denied what would have been a record-breaking END_OF_DOCUMENT_TOKEN_TO_BE_REPLACED