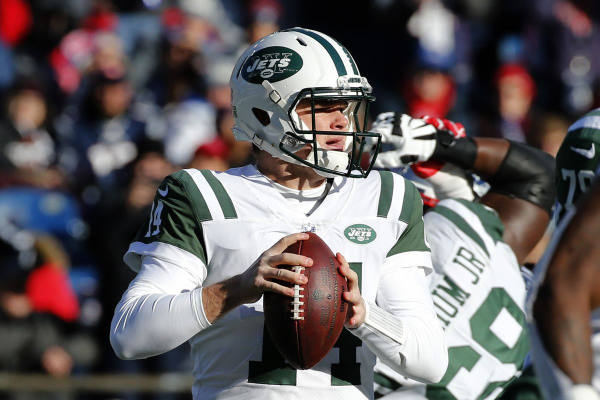 The New York Jets enter the 2019 season with a ton of optimism, and they look to be a factor in the AFC playoff picture. The Jets will have a new head coach in Adam Gase, and he is expected to help revive a poor offense in New York. The Jets have brought in Le’ Veon Bell to help their running game, and all signs point to a terrific bounce-back season in New York. The AFC East will be controlled by the New England Patriots, but the Jets could very well be the second-place team.
The New York Jets went just 4-12 a season ago, but they should be much better in 2019. The Jets were only 5-10-1 against the spread in 2018 but will likely be favored in more games this season. Vegas hasn’t given the Jets much respect yet, but this is a team that could prove some people wrong this season.

The biggest news surrounding the New York Jets this offseason was the team firing head coach Todd Bowles after four seasons at the helm. New York hired former Miami Dolphins coach Adam Gase to take over this season, and he should help out with the offense. The Jets also took a chance on bringing in Le’ Veon Bell as their running back this season, after Bell sat out the entire 2018 season for the Pittsburgh Steelers.

Le’Veon Bell: Bell sat out the entire 2018 season, so he comes into this season with a fresh set of legs. Bell ran for close to 1,300 yards in 2017 and also caught 85 passes for 655 yards. There is no doubt that the Jets are going to try and get the ball in his hands a ton this season.

Sam Darnold: Darnold struggled at times during his rookie season with the Jets, but he has been lighting it up this preseason. The former USC standout threw 17 touchdowns and 15 interceptions during the 2018 regular season, and the Jets are hoping that he is more accurate this season. Darnold is extremely talented, and pairing him with Adam Gase could make a huge difference.

Rookie Class: Defensive tackle Quinnen Williams was the first player chosen by the New York Jets, and he is expected to make a huge impact right away. Williams put together a terrific career at Alabama and was viewed as a can’t-miss prospect. The Jets didn’t select any other major-college stars, but there are a few rookies who could make an impact this season.

The New York Jets appear to be poised for a huge bounce-back season in 2019. The Jets will have a revamped offense that features Bell, and Darnold looks to have a big year as well. The New England Patriots will dominate the AFC East once again this season, but the Jets should be the second-best team. Vegas has set the 2019 win total at 7.5 wins, and you should take the Over at -125. New York will win at least eight games this season and will be in the playoff race all season long. The Jets are not going to win the division or conference, but they are going to be a fun team to watch in 2019.