AFC North Outlook: Who Will Win the NFL’s Most Wide-Open Division Race? 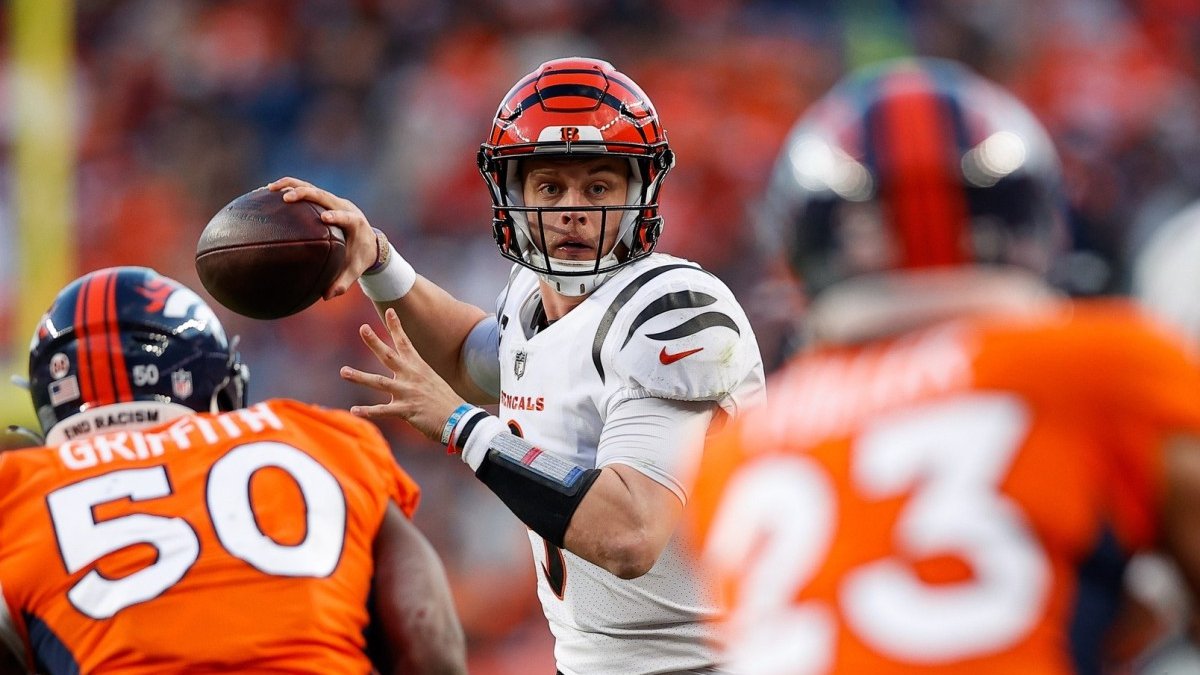 It looks like we are in for a frenzied end to the NFL season, with much still undecided. That includes with the division title races, with most of the drama residing in the AFC.

So far, the only division to be wrapped up is the NFC North. On Sunday, the Packers clinched their third straight title with a thrilling win over the Ravens.

The NFC East and NFC South are all but sorted, with the Cowboys and Buccaneers close to clinching. And in the AFC West, the Chiefs are well-positioned to make it six straight titles as they hold a two-game lead over the Chargers.

That leaves four divisions that are still very much up for grabs as it stands: the AFC East, AFC North, AFC South, and NFC West.

In the AFC East, the Patriots (9-5) have a head-to-head win and a one-game lead over the Bills (8-6) heading into next Sunday’s showdown at Gillette Stadium.

In the AFC South, the Titans (9-5) have the season sweep and a lead over the Colts (8-6). But the Titans have hit the skids offensively without Derrick Henry and have lost three of four. The Colts, meanwhile, are one of the hottest teams in the league, led by NFL MVP candidate Jonathan Taylor.

In the NFC West, we could have a tie atop the standings between the Cardinals (10-4) and Rams (9-4) if the Rams handle business at home against the Seahawks tonight. The Cardinals were in the driver’s seat but have lost back-to-back games to the Rams and Lions.

But none of those division races hold a candle to the AFC North. In that chaotic division, all four teams are still very much in play for the division title. For now, the Bengals and Ravens, both 8-6 ahead of their Week 16 matchup in Cincinnati, are out in front.

But the Steelers (7-6-1) are still very much in the hunt, keeping the pressure on by rallying to beat the Titans on Sunday. So are the Browns (7-7), even after losing a last-second heartbreaker to the Raiders last night.

With each team having a tough final stretch featuring a game against a top Super Bowl contender, every outcome is on the table for the division.

Let’s take a look at the reasons why you should and should not back each AFC North title contender.

Why you should back the Bengals: They could lock down a season sweep of a second division rival by beating the Ravens on Sunday. There is also less pressure on the Bengals relative to their AFC North rivals. As great of a story as the CFP-bound Cincinnati Bearcats are, the Bengals are an even bigger underdog story.

It goes without saying that stumbling down the stretch would be disappointing. But anything from here would be an added bonus relative to low preseason expectations.

Why you should not back the Bengals: They are the only member of this quartet with a losing home record, as they are 3-4 at home. Can they come up with two big wins at home? If they do, they will head into Week 18

Why you should back the Ravens: As long as the Ravens have hope in the AFC North race, they are dangerous. Finishing up with two home games doesn’t hurt either.

And no matter how things ultimately turn out, they are likely to be in the mix in all three games they have left. Ten of Baltimore’s 14 games this season have been decided by six points or less, with seven being decided in the final minute of regulation or overtime.

Why you should not back the Ravens: They have lost three in a row, with a failed two-point conversion a decisive part of all three losses. Lamar Jackson’s status for Sunday’s game is uncertain as well.

Why you should back the Steelers: This team certainly doesn’t know how to give up. There isn’t a lot to love from an entertainment standpoint, but they seem intent on sticking around in the AFC North race as long as possible.

Why you should not back the Steelers: The schedule isn’t friendly at all. And can they continue to rely on teams beating themselves and keeping them in games? It’s a dangerous game to play.

Why you should back the Browns: As with the Ravens, the Browns have had a lot of close games this season. Nine of their 14 games have been decided by seven points or less, so you have to like their chances of being in the mix in all of their remaining games.

Why you should not back the Browns: The remaining schedule is unfavorable as it is, but it is even more unfavorable when you consider how bad the Browns are at beating good teams. To date, they are 2-6 this season against teams who currently have a winning record.

Also, while the Browns have been in a lot of close games, they haven’t won enough of them. In those aforementioned one-score games, Cleveland has posted a 4-5 record, which includes a 1-3 mark on the road.

It has been a miserable month for the Seattle Mariners, and things are unlikely to get any better tonight as they welcome AL Cy Young Award favorite Justin Verlander and the Houston Astros to T-Mobile Park. After just missing out on the MLB playoffs last season, the Mariners entered this season with hopes of finally END_OF_DOCUMENT_TOKEN_TO_BE_REPLACED