NFL MVP Odds: Rodgers Pulling Away From the Field Entering Week 17–Can a Galloping Colt Catch Him? 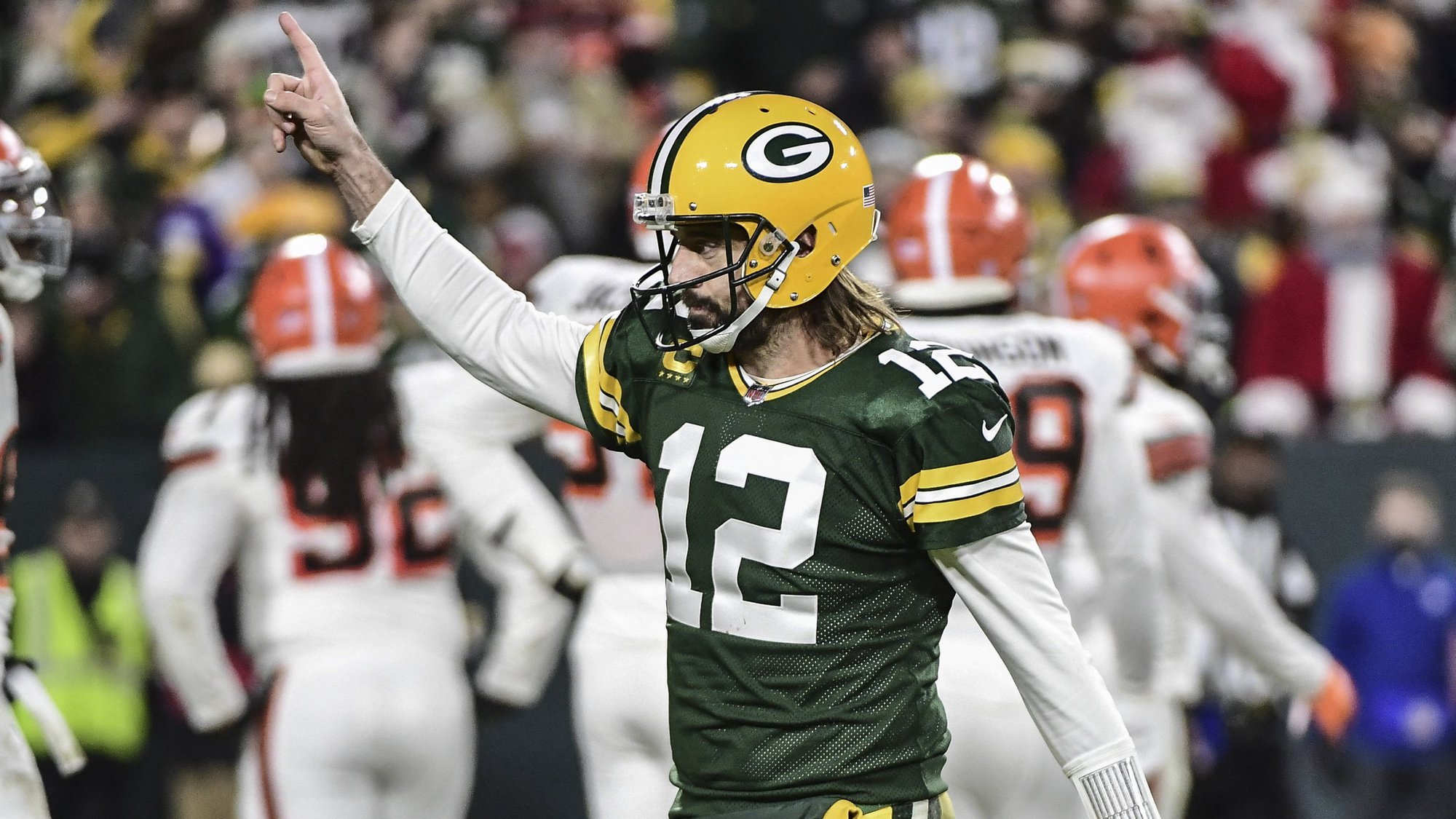 A few weeks ago, Tom Brady was well-positioned to wrap up the MVP down the home stretch. But just as was the case last season, when Patrick Mahomes appeared to be a heavy MVP favorite, Aaron Rodgers has closed the gap and moved to the front as the Green Bay Packers close in on claiming the best record in the NFC.

Can things change over the next two weeks? With two favorable games left, Rodgers is in a pretty enviable spot. But anything is possible. In the end, it all could come down to whether or not MVP voters think that Colts running back Jonathan Taylor should get the nod for the prominent role that he has played in taking the Colts from a 1-4 start to a likely berth in the playoffs.

Here’s a look at the latest NFL MVP odds as we head into Week 17.

Rodgers hasn’t put up monster numbers in the yardage department over his last couple of games, but his three-score showing against the Browns was his sixth game this season with three or more touchdown passes.

In Week 17, the Packers host the Minnesota Vikings. When he faced the Vikings in Week 11, he was 23 of 33 for a season-high 385 yards and four touchdowns in a 34-31 loss. Then Green Bay finishes up with a trip to Detroit to take on the Lions, who were also witness to a four-touchdown game for Rodgers earlier this season.

There is still plenty of football left, but the Packers have one hand on the top seed in the NFC, and Rodgers has one hand on his fourth NFL MVP.

After their unsightly upset against the Saints, the Bucs got back into the win column in Week 16. But Brady did not have the kind of individual performance that would have helped him keep pace in the MVP race.

Brady has two good opportunities to pad his stats over the final two weeks of the season. In Week 17, the Bucs visit the Jets, against whom Brady is 29-7. Then to finish up the regular season, the Panthers visit Raymond James Stadium in Week 18.

However, even making the most of two weak opponents won’t be enough to make up the gap that now exists if Rodgers performs like he should against the Vikings and Lions.

Taylor’s 11-game touchdown streak ended last week at Arizona, but he recorded his ninth 100-yard game of the season as the Colts picked up a huge road win over the Cardinals.

A 2,000-yard season is still within reach for Taylor, but if the Colts win their final two games–at home against the Las Vegas Raiders and on the road against the Jacksonville Jaguars–to lock up a playoff spot, he will have a great MVP argument even if he comes up short of 2,000.

That would have been the case even before Carson Wentz tested positive for COVID earlier this week. If it happens that Wentz cannot play and rookie Sam Ehlinger, who has yet to throw a pass this season, has to start, Taylor might set a new career high for carries. His previous career high is 32, which he had in Week 11 against the Bills and Week 13 against the Texans.

For those with a betting interest in Sunday’s Raiders-Colts game, the Colts are 7-0 when Taylor has 22 or more carries and 12-0 when he hits the 100-yard mark. If Wentz doesn’t play–and even if he does–there’s a good chance that Taylor hits both of those numbers against the Raiders.

It won’t help him win the MVP, but Mahomes’ timely resurgence may pay major dividends for the Chiefs over the rest of the regular season and into the NFL playoffs. Against the Steelers, he finished with his second-highest passer rating of the season (135.1). And he did so without Travis Kelce (COVID) and with Tyreek Hill not at his best after a bout with COVID.

Last Sunday’s standout showing against the Patriots is too little, too late for his MVP hopes, but the Bills are back in a solid position in the NFL playoff picture after things looked shaky for a bit.

Buffalo finishes up with home games against the Falcons and Jets, so Allen could put up some big numbers over the final two weeks. Still, it won’t be enough to leap all the way to the top at this late stage.