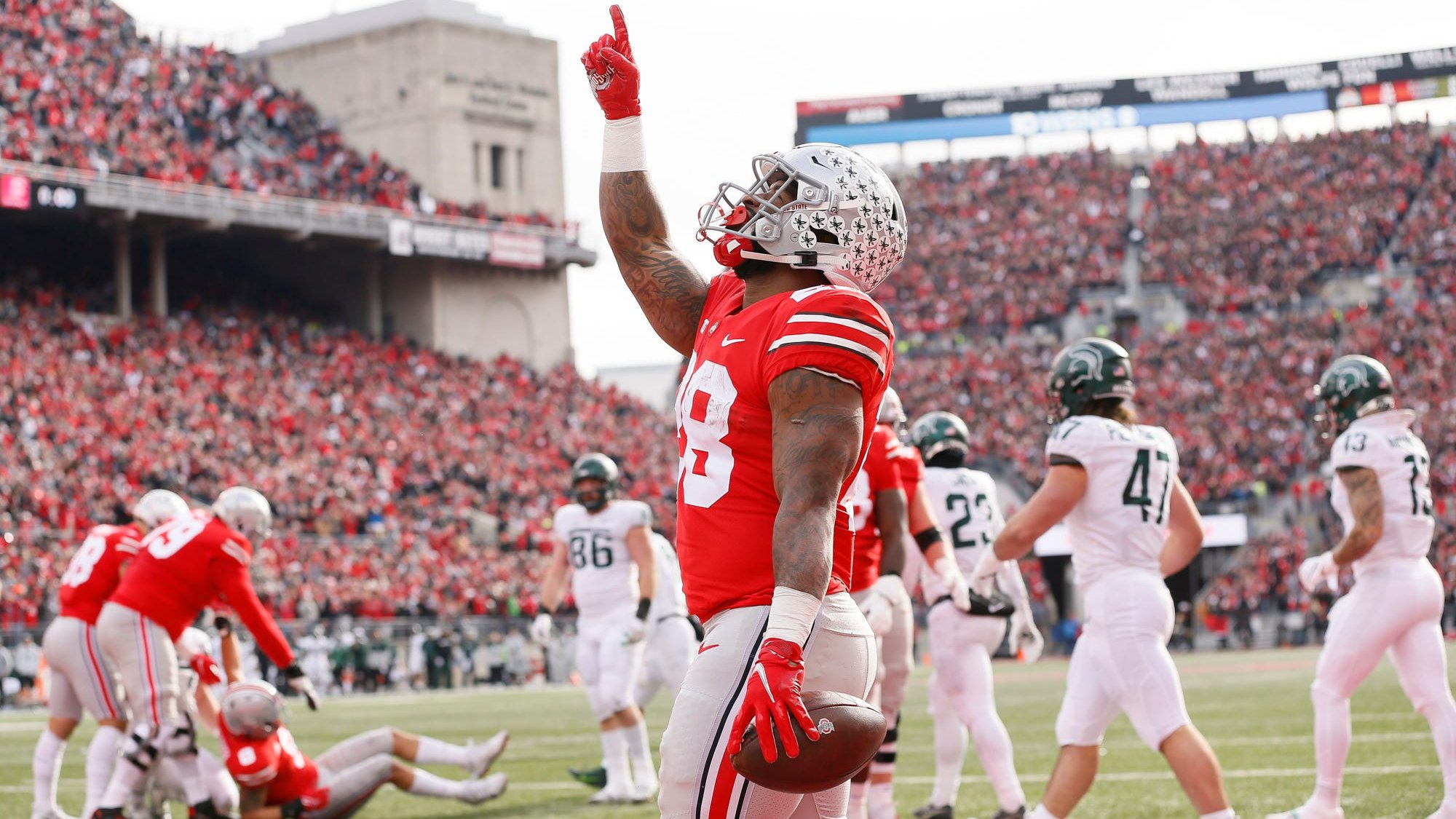 Ohio State-Michigan is a big game no matter what the records are, but this season, but this year’s matchup is one of the most important in recent college football history. Not only are both teams in the running for the Big Ten title, they are both vying for a place in the College Football Playoff. The winner of today’s game will win the Big Ten’s East Division and will be a lock to land in the CFP with a win in next week’s conference championship game.

Ohio State was impressive last week against Michigan State, to say the least. That game was essentially over by the end of the first quarter. That’s what a playoff team looks like.

Michigan was pretty impressive too in a win over a solid Maryland team. This is the best team the program has had in a while, so there is hope in Ann Arbor.

Recent history speaks for itself in this rivalry. Ohio State has won the last eight, and the last two games have not been close. It is no surprise that Michigan is an underdog at home.

There was a lot of support for Ohio State heading into last weekend. Lots of folks thought their passing attack would have an easy time against a Michigan State defense that was very light in that area.

Still, I don’t think many predicted what we actually saw though. Ohio State was unstoppable, getting up 49-0 by halftime. Quarterback C.J. Stroud was an astounding 32 of 35 with 6 TD passes. Unsurprisingly, he is at the top of the Heisman Trophy odds now, ahead of Alabama’s Bryce Young. The offense was so good you almost forgot they were shutting down an offense with a potential Heisman Trophy winner at running back.

Michigan did lose to Michigan State, so that is a little worrisome. They are a different team though because their defense is much better, and they keep discovering new facets to their offense. Touted freshman running back Donovan Edwards was not seeing much time until last week when he caught 10 passes for 170 yards in Michigan’s rout of Maryland. Now the Wolverines have another weapon on offense, and they are going to need them all to try and keep up with the Buckeyes. They are also going to need their edge rushers, which some say are the best duo in the country, to put some serious heat on Stroud.

This line is a little tempting with Michigan a significant underdog at home, but don’t fall for the trap. Big Blue may be bridging the gap, but I am not expecting an especially close game, even at the Big House. Ohio State looks like a lock to score 40+ points, and I don’t think Michigan can keep up once they get rolling. The Ohio State defense is not going to hold the Wolverines to just seven points like they did MSU but they will keep them in check.