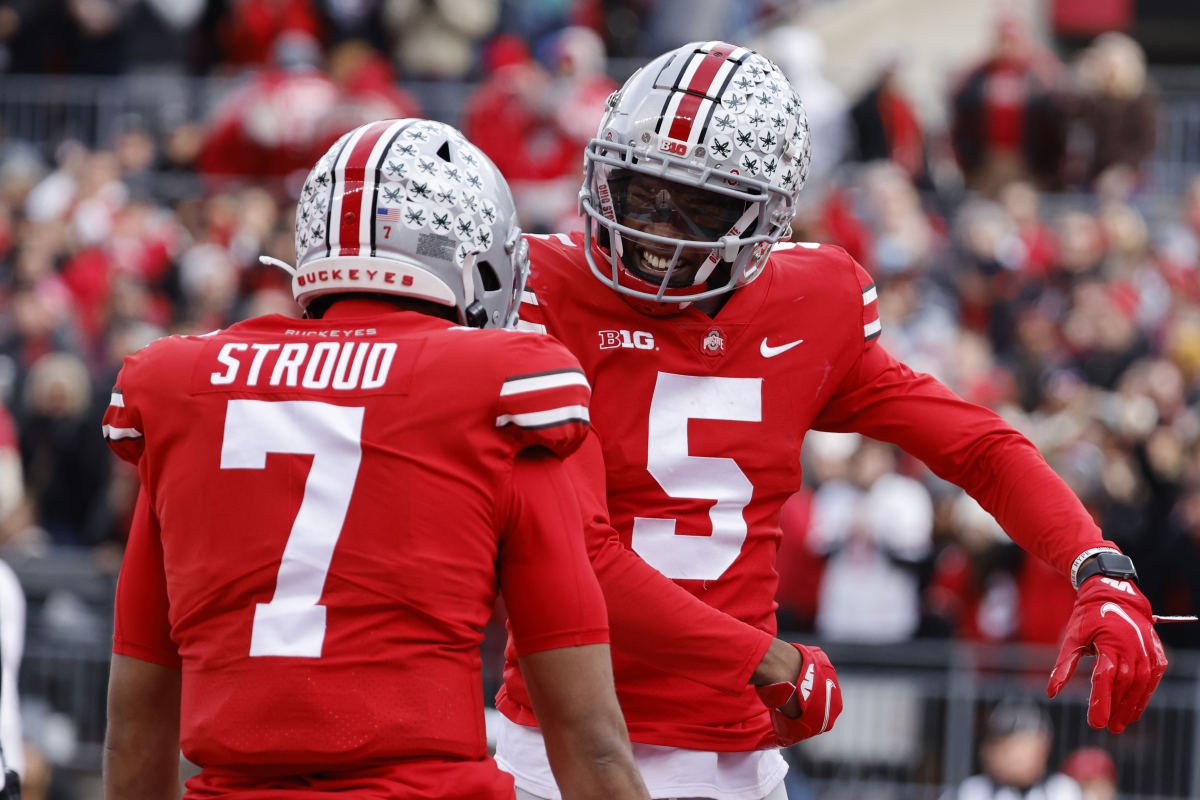 Some seasons, the highest individual honor in college football is undecided until the final few weekends of the regular season. Last season, Trevor Lawrence, Mac Jones, and Kyle Trask were favorites at some point. In the end, Alabama’s Devonta Smith overhauled them all, becoming the first receiver to win it since Desmond Howard 1991. Smith solidified and strengthened his candidacy as the season progressed with a dominant four-game stretch. Then he ascended to the top of the Heisman odds down the stretch, jumping past his quarterback, Trask, and eventual runner-up Lawrence.

This season, such drama or mystery may have been greatly diminished in the span of a spectacular first half by Ohio State quarterback C.J. Stroud.

Coming into this week’s college football action, the race for the Heisman appeared to be down to three players: Stroud, Alabama quarterback Bryce Young, and Michigan State running back Kenneth Walker III.

Ole Miss quarterback Matt Corral, at one time the Heisman favorite, continues to be prominently placed. But even though the 9-2 Rebels continue to win, their offensive production and Corral’s candidacy have had a drop-off in recent weeks. Corral’s health is a big factor, and so is his competition. And Baylor’s defense extinguished the Heisman hype for Oklahoma quarterback Caleb Williams as the Sooners went down in Waco.

While Young remained the favorite at some top sportsbooks, FanDuel Sportsbook moved Stroud a shade ahead of Young after Stroud lit up upset specialist Purdue last Saturday. Against the Boilermakers, Stroud went 31 for 38 for 361 yards and five touchdowns, leading the Buckeyes to a 59-31 win.

Young had a big day himself, completing 21 of 23 passes for 270 yards and five scores, and the Tide scored 59 points as well. But the discrepancy in competition must have been enough for FanDuel to flip the two. Stroud’s opponent had two wins over top-five teams this season, including one the previous week. Young’s was New Mexico State, who is 1-10 (0-10 against FBS teams) after a 56-16 loss to Kentucky today.

Today’s Michigan State-Ohio State game was expected to have a vital say in the outcome of the Heisman race, with Stroud on one side and Walker on the other.

Well, it has proven to be decisive, at least for Walker’s chances. Not only did Stroud surpass his performance against Purdue in leading the Buckeyes to a huge–in margin and in magnitude–win over the Spartans, he did it in the first half. THE FIRST HALF. He completed 29 of 31 passes for 393 yards and six touchdowns, leading the Buckeyes to touchdowns on seven straight first-half possessions.

The 2022 French Open is underway at Stade Roland Garros in Paris, France, and we are already almost through the first week of play. Tomorrow, the remaining third-round matches will take place, after which the men’s and women’s singles draws will be down to their final 16 contenders. In both men’s and women’s singles, there END_OF_DOCUMENT_TOKEN_TO_BE_REPLACED