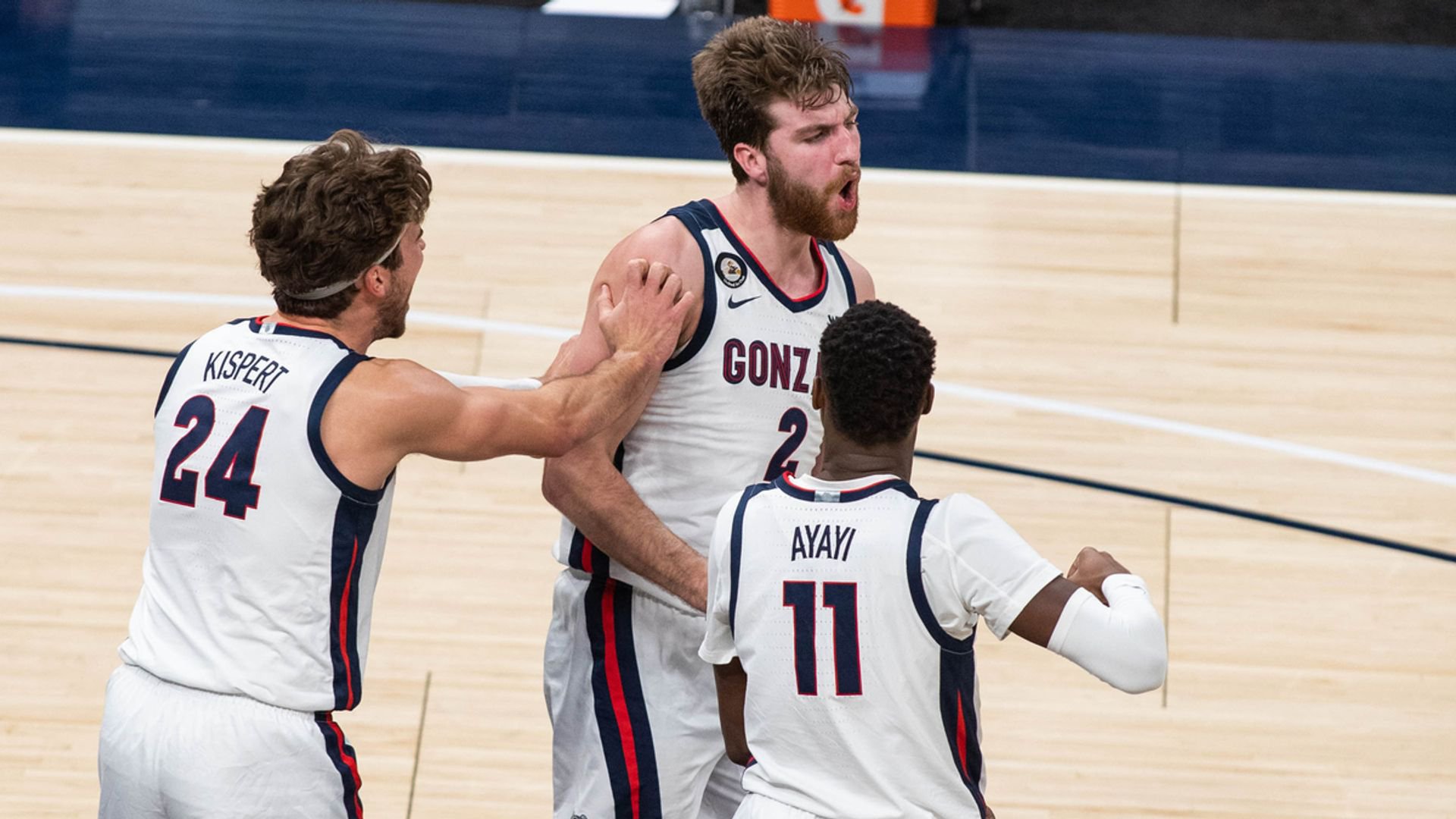 Of the eight teams playing in conference tournament championship games in the Summit, Horizon, Colonial, and West Coast Conferences only one is a lock for the NCAAs. That would be top-ranked Gonzaga, who can probably lose and still claim a #1 seed. The other seven teams have to lay it all on the line…let’s make some money alongside them.

The Summit League Tournament was all chalk until the semi-finals. North Dakota State advanced by beating South Dakota, winning by four. The game was a little out of character because of the high total. The Bison are more the grinding type than high flyers, setting up another style difference for the title game. Rocky Kreuser is a true big at 6’10” and 245 pounds. He is tough to handle inside and averaging 18ppg in the tournament. These teams split two regular-season games.

Oral Roberts wants to score and score some more. They put up 90 points in their upset win over South Dakota State to advance to the finals. Max Abmas averaged 24ppg during the regular season and has scored 20ppg in the tournament so far. He can definitely win the game for the Golden Eagles if he gets hot – he has scored 25 or more points eleven times this season. Whichever team sets the pace will have the advantage. During their regular season split, NDSU won the game in the 50s/60s points-wise while Oral Roberts won their game scoring 80 points.

Betting Advice: Take North Dakota State (It will be a little hard for ORU to get the pace where they want in this back-to-back spot).

Cleveland State is the top seed in the tournament and their path was made a little easier when #2 Wright State fell in the quarterfinals. The Horizon re-seed sfor the semis and the Vikings took care of business beating Milwaukee by 6. Cleveland State plays comfortably at a slow pace so even when they are playing well they don’t always put opponents away. During the regular season, only two players averaged more than 10ppg.

Oakland is the #3 seed in the tournament and prefers to play at a quicker pace. During the season they were able to speed up the Vikings but fell twice, both times allowing 80 points. This game shapes up very similarly to the game above as a battle for pace, the primary difference is that Oakland does not know if it can beat the Vikings. The game might be close and that gives them a great chance though.

Betting Advice: Take Cleveland State (Look for a slower game that favors the top seed, they only have to win by a few).

Elon is in a great spot to earn their first-ever NCAA Tournament bid. They are the 8th seed in the Colonial and after dominating Towson they beat top-seeded James Madison by a point. Hofstra was their next victim as they parlayed an awesome second half to win by 18. They have been impressive even though it is hard to know where all this is coming from. The Phoenix might be the streakiest team in college hoops. They won their first three games of the year, then lost 8 straight including their first 7 league games, then finished with four wins to close the regular season. That makes for 7 straight wins heading into today including 5 upsets.

Drexel is also a surprise to be in the championship game after finishing sixth in the league this season. The Dragons have not been to the NCAAs since the 1995-96 season, which was before they joined the Colonial. They just avoided the first round so this is only their third game in three days not fourth in four like Elon. They were looking good by beating James Madison in their last regular-season game and carried that over to the Tournament: These teams did not meet during the season.

Betting Advice: Take Drexel (The total makes it look like this one might be a grinder. I worry the Phoenix has just run out of steam on their current hot streak)

BYU is a good team and most prognosticators have them into the field of 68. They could guarantee that spot with a conference tournament championship win but that is a tall ask. During the regular season, they fought well, pushing in both games, which is actually pretty impressive. BYU even beat the Zags last year and has pushed them harder than any other team in the WCC…during the season. In the WCC Tournament, they are 0-5 vs Gonzaga including 0-3 in title games. That is going to be a hard streak to break.

Gonzaga is just one game away from entering the Tournament with a perfect record. That is the only pressure facing this team tonight. They are the top-scoring team in the country, and as it has been all season long, it appears the question is only by how much they will win. BYU is the only team to be an underdog by less than 16 points all WCC season. That doesn’t mean you should back them, you should just be aware of how big the gap is between Gonzaga and the rest of the league most nights.

Betting Advice: Take Gonzaga (they are not going to be playing for a while after this one so the coach might as well let his guys get as many good reps as possible.)