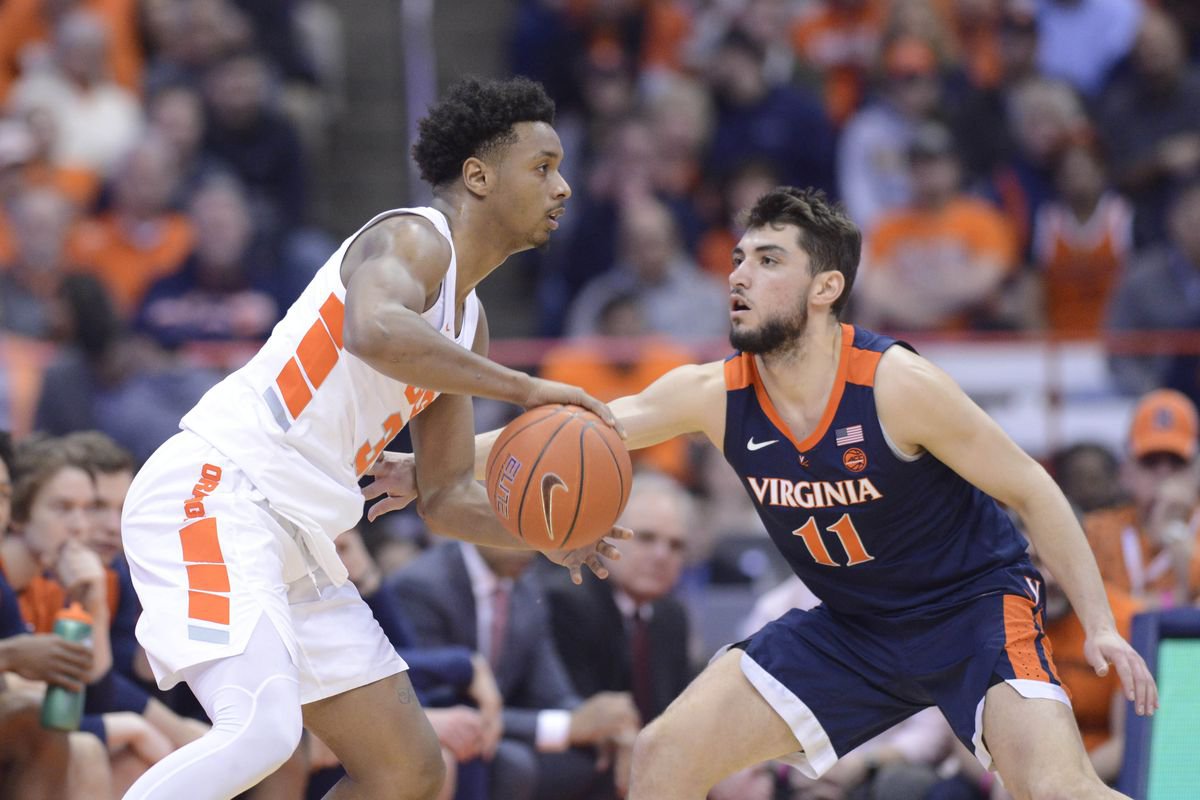 Big betting Sunday yesterday with the AFC and NFC Championship Games in the NFL. Monday will feel a little quieter by comparison but there are college hoops games every day.

Here is a look at some of the top College Basketball games for Monday, January 25:

Syracuse has been surprising this season. They may not be a threat in the league but .500 in the ACC is more than most expected. Virginia is still undefeated in the ACC at 6-0, though they only beat Georgia Tech by 2 over the weekend. Following up that Clemson massacre was always going to be tough, that game reminded us all that UVA s not to be underrated.

They can dominate when they are on their game, though sometimes their style of play allows teams to hang around more than expected. They play such good defense that they can make any team look silly. They held Syracuse to 55 points in an OT win in their last meeting and even though Syracuse should be feeling good off a win over Virginia Tech at home I am not expecting much more on the road.

This one has moved a little since its open. That makes me like this one even more though because Texas Tech, with that stingy defense (allowing just 59 points per game), is always an appealing underdog. The Red Raiders have not played since they pushed Baylor for three-quarters of their game with the Bears the weekend before last.

TTU has now been the underdog in three straight games and is 1-1 SU & ATS in those previous two games, and that win was at a very good Texas team. I am surprised by the move on this one because Tech seems like the obvious play.

West Virginia might have a number next to its name but has not shown much. Since getting into the thick of Big 12 play they have been trading wins and losses. They have not beaten anyone good in the league and I am not seeing that change on Monday, even though they are at home.

Mega prospect Cade Cunningham is having a nice freshman season. Maybe not quite the spectacular one you would like from a top NBA prospect but he has had his moments. He missed the last game due to COVID protocols though and it is not clear if he will play in this one. Without him, the gap between these two programs narrows quickly. With Cunningham in the lineup, the Cowboys had covered in four of their last five before losing, and not covering, against Baylor over the weekend. He might not have made a difference against Baylor last weekend but would have been nice to see him try.

Iowa State has not played since January 9. The Cyclones have not won a conference game this season but maybe they are motivated by this being their best chance to do so. They are just 3-6 ATS on the season so even though they don’t have to face Cunningham it might not be cause for excitement. They are not living up to market expectations.

These teams just met last week and “surprisingly” Arizona State lost. They did actually play somewhat to potential, covering the spread on their home floor. That was at+3 and now they are +7 on the road. In the close loss, the Sun Devils made more than half of their threes and something close to a repeat of that might be required to keep this one close.

I am still wondering when Arizona might hit a wall because they can’t play in the NCAA Tournament this season thanks to self-imposed sanctions. I worry about them in games where they might find themselves down early as they have no reason to fight back. If the Sun Devils come out and make a few shots early maybe the Wildcats just pack it in.

Both teams have been terrible against the spread this season, ASU 2-9 ATS and Arizona 5-9 ATS, so there is not much to go on there.