Duke vs Louisville Betting Preview: Is the Wrong Team Favored in this Blue Blood Matchup? 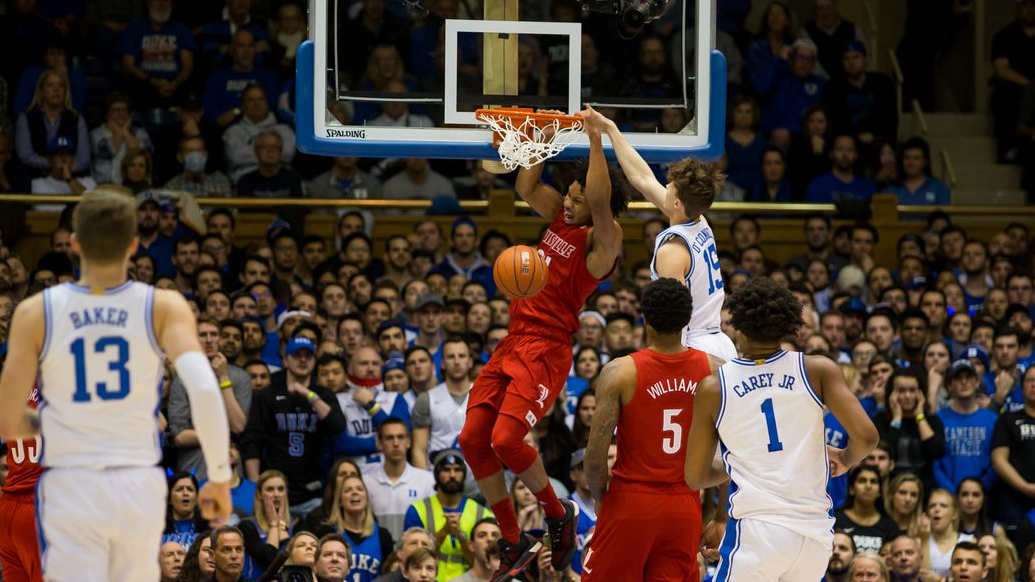 Duke has been one of the “Blue Blood” NCAAB programs that have really struggled this season. They have one course of action to make this year anything less than a write-off, win the ACC Tournament this week.

That journey continues today when the Blue Devils take on the Louisville Cardinals at the Greensboro Coliseum in Greensboro, North Carolina.

Duke Getting Too Much Respect

Duke finished 10th in the ACC and as a result, had to play on the first day of the tournament yesterday. Boston College was no match for them and it was encouraging to see some players not named Matthew Hurt step up.

Something feels a little off with this line in terms of its true value, especially given that Duke lost to Louisville twice during the regular season. Both games were close with the Cardinals needing OT to beat the Blue Devils a couple of weeks ago. The odds are that whoever wins the game covers the number but I wonder if this one should be more of a pick’em and that the sportsbooks were worried that they might get steamed if Duke was an underdog.

Louisville was looking pretty solid this season and then they lost about three weeks due to a COVID pause in February. Since then they have played four games, going 2-2, and have not looked right. This team just doesn’t have the talent level we are used to and is really struggling to score beyond backcourt stalwarts Carlik Jones and David Johnson. Between them, they average just under 30 points per game and they will be the reason why Louisville uses this event as a springboard to the NCAA Tournament or not.

Per the above something seems off with this line. Louisville has the better record, is the better seed in the event, they are playing a team they have beaten twice this season, yet they are not the favorite. Oh, and they are the better-rested team too. The logic is all on the side of the Cardinals. Sometimes it is best not to overthink it.

Betting Advice: Take Louisville. Their stronger guard play should have made them the favorite in this spot. I am not sure the best time to get down as I can see getting a little extra value closer to tip-off. If it slides just take them on the money line.