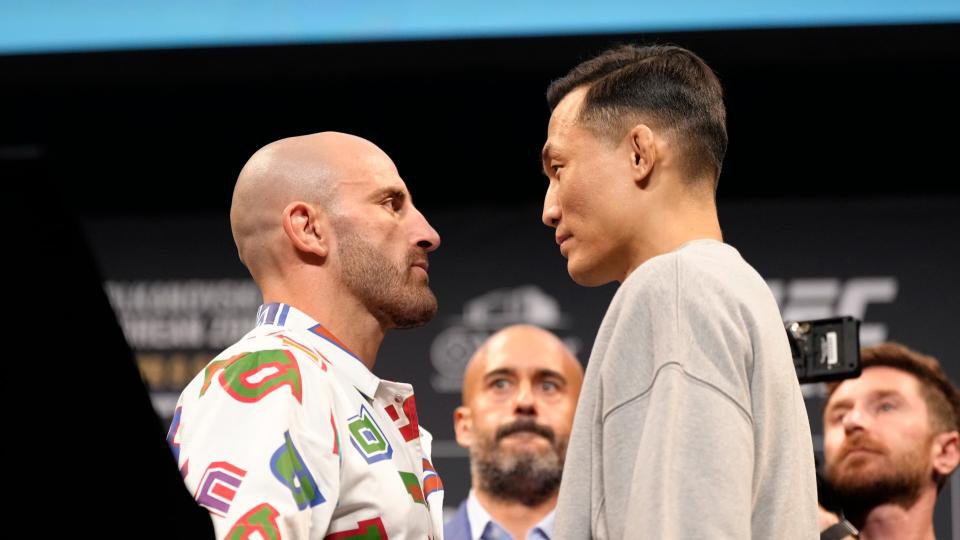 The next pay-per-view event on the UFC’s schedule — UFC 273 — is quickly approaching. The star-studded affair is scheduled to take place on Saturday, April 9, live from VyStar Veterans Memorial Arena in Jacksonville, Florida.

Volkanovski vs. The Korean Zombie Fight to Headline UFC 273

The festivities will be headlined by a UFC Featherweight Championship clash between the defending champion Alexander Volkanovski and the challenger Chan Sung Jung, a.k.a. “The Korean Zombie.”

With a card as big as this, it can be tough for fans to keep track of everything — especially if you’re looking to place some bets to add extra excitement.

That’s why this guide has everything you need to know about UFC 273, from the fight card to the odds for each bout.

The UFC 273 odds listed below are via FanDuel Sportsbook.

As mentioned before, Volkanovski (23-1-0) is slated to defend his UFC Featherweight Championship against The Korean Zombie (17-6-0) in UFC 273’s main event.

Volkanovski has been unstoppable since joining UFC nearly six years ago, going a perfect 10-0 in his time with the company. He’s already successfully defended his title twice since winning it, defeating Brian Ortega, via unanimous decision, in his last bout on Sept. 25, 2021.

On the other hand, this will be Jung’s first time challenging for the featherweight championship since failing in his first challenge against José Aldo nearly a decade ago. Although he did defeat Dan Ige in his last bout, Zombie is an unimpressive 4-3 in his last seven fights.

Considering the fact that Jung went the distance and lost to Ortega in October 2020, it shouldn’t be too much of a surprise seeing Volkanovski as the heavy -600 favorite to retain.

The two rivals previous met at UFC 259 when Sterling defeated Yan to become the UFC Bantamweight Champion. The fight wasn’t without controversy considering how the former became the first fighter in company history to win a title by disqualification after the latter struck him with an illegal knee strike.

The duo was set to have a rematch at UFC 267, but Sterling pulled out due to a lingering neck injury. He ended up being replaced by Cory Sandhagen, who Yan defeated via unanimous decision.

Now that the rematch is back on the table, will Yan win back his UFC Bantamweight title? Or will Sterling notch his first-ever successful championship defense?

Fans will be treated to welterweight action when former title challenger Gilbert Burns (20-4-0) takes on the undefeated Khamzat Chimaev (10-0-0).

Burns enters the fight as the welterweight division’s No. 3-ranked fighter. He rebounded from his UFC Welterweight Championship loss against Kamaru Usman by defeating Stephen Thompson by unanimous decision in his last outing back in July 2021. Only time will tell if he can build that momentum into something more.

Meanwhile, Chimaev has decimated opponent after opponent ever since arriving in UFC. None of his opponents has made it beyond the second round, with each of his last three outings resulting in first-round victories. In other words, it’s unsurprising to see him as the -500 favorite.

Dern was previously on a hot streak, winning four consecutive fights before Marina Rodriguez defeated her by unanimous decision this past October. Despite her loss, the bout did earn ‘Fight of the Night’ honors, so it’ll be interesting to see how she builds on that.

Meanwhile, momentum is on Torres’ side before her fight with Dern. The straight edge fighter has won each of her last three fights in a row, with her most recent victory coming over former Invicta FC Strawweight Championship Angela Hill.

A victory for Dern could be the win that Torres needs to get herself into the strawweight division’s top five.

Nevertheless, barring any interruptions, the two will meet in Jacksonville with hopes of moving up the lightweight rankings.

A former Olympic Champion, Madsen is 3-0 since joining UFC in September 2021 and has shown no indication of slowing down. Although he isn’t an Olympian, Pichel is a decent grappler in his own right and has won his last three consecutive bouts.

Another intriguing bout to keep an eye on is one between two up-and-coming welterweights as Ian Garry (8-0-0) goes face-to-face with Darian Weeks (5-1-0).

Garry didn’t waste any time making an impact in his company debut at UFC 268, scoring a first-round KO win over Jordan Williams. Meanwhile, Weeks looks to rebound after his own UFC debut back in December saw him lose to Bryan Barberena by unanimous decision.

Hernandez has had some difficulty building momentum recently. After beginning his career 6-0, he’s 2-2 in his last four fights, losing by TKO and submission over that stretch.

Fremd is making his UFC debut on short notice. The 28-year-old is certainly not short on confidence despite the lack of time to prepare for the fight, however, as he plans to knock Hernandez out.

Aspen Ladd (9-2-0) was initially scheduled to face Irene Aldana in women's bantamweight action at UFC 273. But due to Aldana’s withdrawal late last month, Ladd will instead fight Raquel Pennington

Ladd could use a win, as her UFC career has slowed down. After starting off 3-0 in the company, she’s 1-2 in her last three fights. A victory would ensure that she stays inside of the division’s top five.

Pennington will enter this bout on a three-match win streak. In her most recent fight, she defeated Macy Chiasson via submission.

Gall is another fighter with consistency issues, having gone 3-4 in his last seven fights without a consecutive win. However, he is 6-0 in bouts decided by submission, which is a skill that’ll come in handy against his opponent.

Malott made his UFC debut back in October when he defeated Shimon Smotritsky with a guillotine choke during Week 6 of Dana White's Contender Series. He’s won three straight MMA fights, so time will tell if that trend continues against Gall.

In a heavyweight bout, MMA veteran Alexei Oleinik will take on Jared Vanderaa, who is a replacement for Ilir Latifa, Oleynik’s original opponent.

The 44-year-old Oleinik enters this fight 8-7 in his UFC career and 59-16-1 in his MMA career, which dates back to 1996. He lost his three most recent fights, with his most recent bout a unanimous decision loss to Sergey Spivak in June 2021.

Vanderaa will be looking to rebound from a split decision loss to Andrei Arlovski at UFC 271 less than two months ago. This will be his third fight in six months, as he went down to Alexander Romanov via TKO back in October.

Piera Rodriguez (7-0-0) is another fighter making her UFC PPV debut when she squares off against Kay Hansen (7-5-0) in women’s strawweight action.

Rodriguez has a knack for finishing off her opponents, scoring five knockout victories in her young MMA career. On top of that, she did go the distance and beat Valesca Machado in her last fight during Week 8 of Dana White's Contender Series last year.

On the other hand, Hansen hasn’t had much success lately. After winning her UFC debut, he’s lost back-to-back fights, with her most recent loss coming via unanimous decision against Jasmine Jasudavicius at UFC 270.

In bantamweight action, Julio Arce (17-5-0) looks to keep his UFC dreams alive when he faces the debuting Daniel Santos.

Arce has become an afterthought of the division after losing three of his last five fights. He suffered a second-round TKO knockout against Song Yadong the last time we saw him in November, which could have damaged his confidence.

The exciting Santos makes his first UFC appearance after an 8-1 start to his own MMA career. He’s won two consecutive fights ahead of UFC 273, with three of his last five victories coming by TKO. 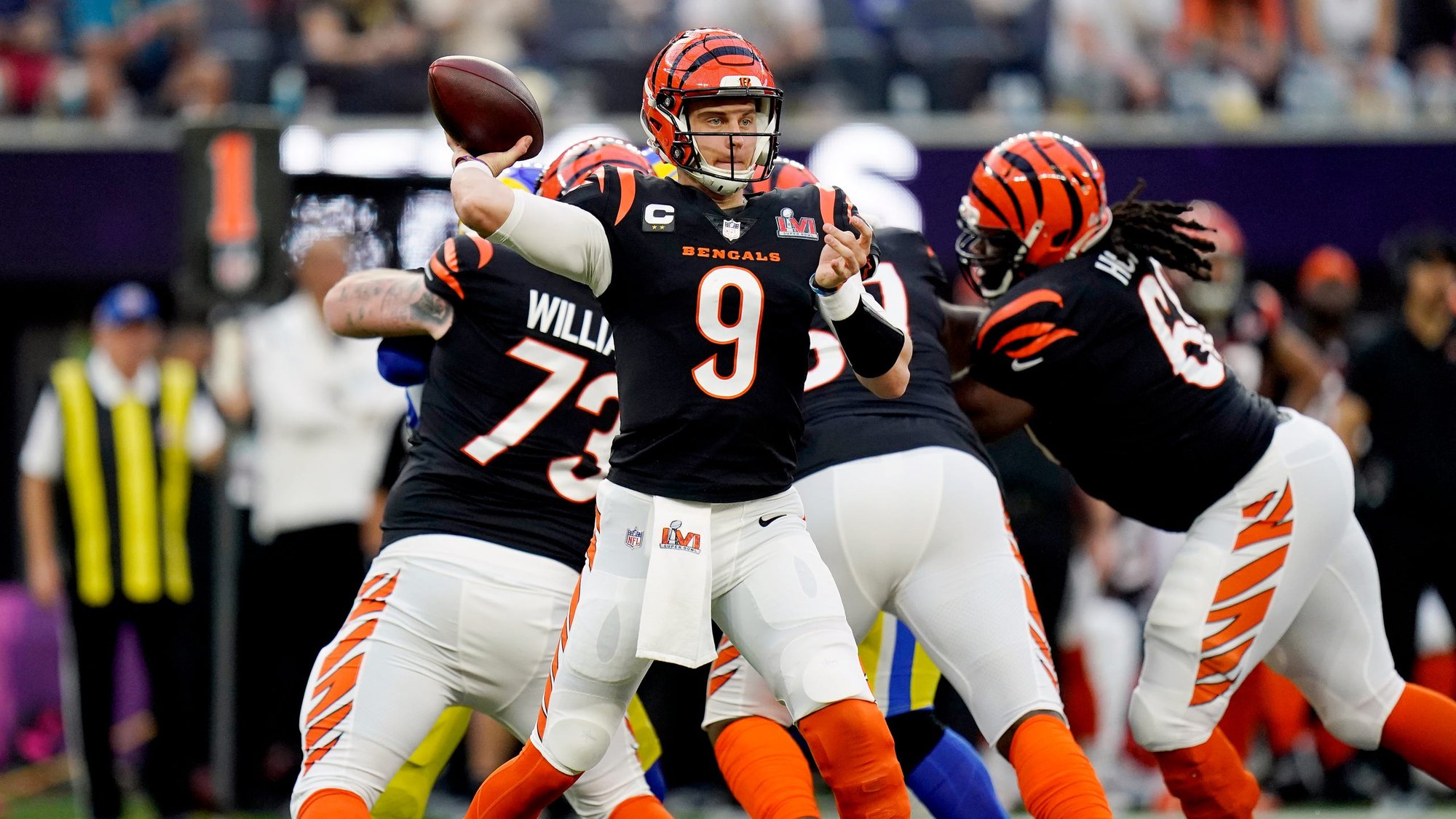