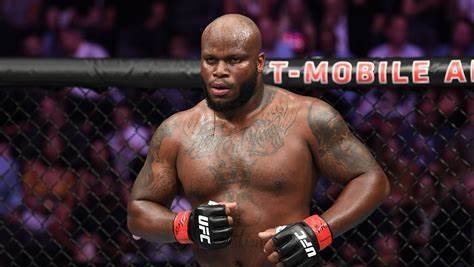 If you prefer shorter fights and knockout blows, Derrick Lewis and Sergei Pavlovich should deliver tonight when the two heavyweights do battle at UFC 277 in Houston, Texas.

Will the Fight Go the Distance?

The fighting pride of New Orleans, Louisiana, is currently ranked as the number five heavyweight in the UFC, but it’s a fiercely competitive and highly dangerous division.

That’s why Lewis knows he must continue to keep active, taking on all comers and pulling out upset wins.

If he wants to mix it at the top level of the sport and challenge for the UFC heavyweight title, making him one of the best-known athletes on the planet, victory is a must on Saturday.

He has already enjoyed success in MMA, winning the Bellator MMA and Legacy FC heavyweight titles, but this is a step up in class. Capturing the UFC belt won’t be easy, and the 37-year-old already knows that time is against him.

Derrick Lewis is one of the most popular fighters on the UFC roster at the minute, and his style of fighting means that comes as no surprise to anyone who has ever seen him in the octagon.

He’s a huge man with power in both hands and feet, but he’s no mere slugger, as skilled on the mat as he is when standing and striking.

The American has lost two of his last three bouts, with both coming inside the distance, and that run has led to some critics suggesting his best days are now in the past.

It’s true that Derrick is approaching the end of his career, but there are still plenty of big rounds left in the tank, and it would be a disaster to write him off.

Lewis’s last win came against Chris Daukaus, who he knocked out in the opening round of a bout in Las Vegas just before Christmas.

He has fought only once this year, losing to Tai Tuivasa, who KO’d him with a deadly elbow attack in round two, also in Houston, Texas. His best chance comes from landing a knockout.

Sergei Pavlovich is a Russian fighter with a strong background in Armeyskiy Rukopashniy Boy and Combat Sambo. He is 30 years old and, like his opponent, stands at a formidable 6ft 3inches tall with size, power and natural strength.

The bookmakers make him the pre-fight betting favourite to defeat Lewis and continue his journey through the heavyweight ranks, driving another nail into the coffin of his opponent’s career.

The odds suggest the result of this bout is a foregone conclusion, but that’s a dangerous approach, and bettors shouldn’t be duped into thinking this will be one-sided.

Pavlovich may have caught the eye of late, but he remains down the pecking order, ranked by the UFC as their 11th best heavyweight.

He looks on his way to the major places but knows if he wants to realise his dream and fight for the title, he must continue to win big fights.

Will Pavlovich continue his run of knockouts?

The betting favourite travels to Texas on the back of a stunning run of form that has seen him win each of his last three bouts by knockout.

Pavlovich’s MMA record shows 15 wins against one defeat, with the spare coming in the form of a KO loss to Alistair Overeem in 2018 in China, a bout Sergei was expected to win.

Pavlovich is a talented fighter with the power to burn, but he learned from that defeat to Overeem that he can’t simply go out swinging and hope to land a big shot.

Since his loss, he has fought three and won three, claiming each inside the opening round of the contest.

Marcelo Golm was blown away in quick fashion in Saint Petersburg, Russia, before he dealt with Maurice Greene in Kallang, Singapore.

We last saw Pavlovich in action in London back in March when blowing Shamil Abdurakhimov out of the water shortly after the bout began, bagging a performance of the night bonus.

Lewis certainly won’t go down without a fight, but we expect the Russian to end yet another fight early and satisfy for his appetite for a knockout.