Julianna Pena vs. Amanda Nunes 2 UFC Betting: Can the Lioness Regain Her Gold? 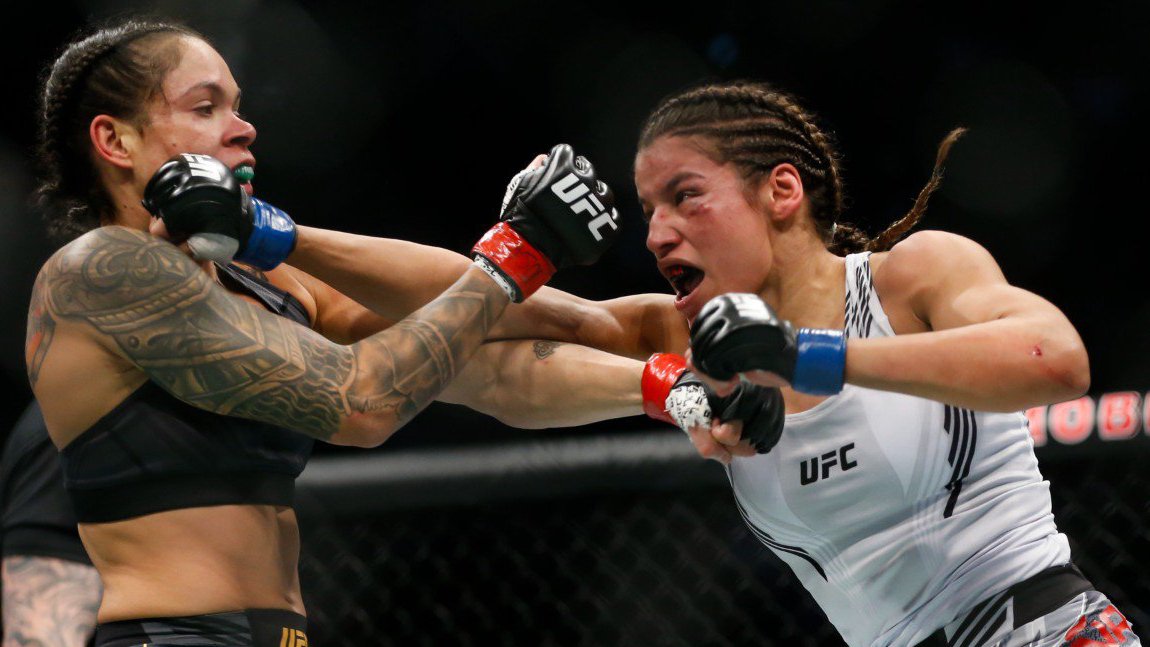 Back in December, Julianna Pena and Amanda Nunes met in Las Vegas, where Pena won the UFC Women’s Bantamweight Championship for the first time. Now, the two fierce competitors are set to run it back this weekend at UFC 277 in Dallas, Texas.

There’s no doubt that fans will want to check out everything that the pay-per-view event has to offer, but there’s a reason why Pena and Nunes are heading. They’re two of top female fighters in the history of the sport and the fact that this is a highly-anticipated rematch only ups the stakes.

Once again, the bantamweight championship will be on the line. Since Nunes Pena hasn’t fought since her title win, the upcoming event will mark her first-ever defense. Whether or not she’s successful, only time will tell.

It’s a fight that can go either way due to how skilled both women are. Fortunately, Betting News has curated odds from various top sportsbooks to give you a better idea of who’ll walk out UFC 277: Pena vs. Nunes as the victor.

Not to take anything away from her, but few people expected Pena to score a win over Nunes at UFC 269. After all, Nunes was dominating the completion left and right before her historic loss, winning 12 straight fights before submitting to Pena.

However, despite the glory that came with such a huge upset victory, Pena is the heavy underdog across the board when it comes to UFC 277 betting odds. Her best odds of winning are +210 on BetMGM, which translates to an implied probability of only 32.3%.

It’ll be interesting to see if Pena follows the same game plan as the last time she faced Nunes. “The Venezuelan Vixen” mixed up some jabs with her proficient work on the ground, ultimately resulting in Nunes being forced to submit once a rear-naked chokehold was applied.

The good news for Nunes is that she does have the tools to rebound. While Pena averages 2.43 takedowns per 15 minutes, “The Lioness” does have an 82% takedown defense rate. Nunes is a quick learner and it won’t be shocking to learn that she’s worked on ways to counter Pena’s takedown attempts.

If Nunes is going to get her gold back, the current UFC Women’s Featherweight Champion needs to land more of her strikes at UFC 277. When she last fought Pena, Nunes landed only 46 of her 99 significant strike attempts (46%), compared to her opponent, who went 79 of 135 (58%).

On top of that, Pena beat Nunes in significant strikes, 74-36, in Round 2 alone. That type of strategy just won’t work if Nunes is dead-set on becoming a double champion once again.

Regardless of how the last fight ended, fans know that they’re in for a treat when Nunes and Pena meet again at the American Airlines Center on Saturday. Neither woman has fought since their last meeting, making it intriguing to see who gets off to a stronger start at UFC 277.

As always, oddsmakers like FanDuel Sportsbook have more in-depth markets that give a clearer idea of what could unfold at UFC 277 when Pena and Nunes step into the octagon.

The top method of victory for the upcoming main event has Nunes favored to win by KO/TKO at +145. She holds 13 career knockouts to her name, with her last TKO victory coming over Holly Holm three years ago.

As for Pena, the champion’s favored victory method is to win by decision at +420. She’s currently 3-1 when her fights go the distance while Nunes is 4-1 when going the distance. Having said that, FanDuel says that the fight won’t end in decision at -290.

As for when the fight could end, Nunes is favored to finish Pena off in just the first round at +300.

Even though Pena has a lot of people that want to see her successfully defend the UFC Women’s Bantamweight Championship, I don’t think it’s in the cards for her this weekend.

That’s why I’m taking Nunes as UFC 277 main event winner. It’s important to remember just how dominant she was before Pena ended her streak and I think she’s hungry enough to put the champion in her place early on.

As for the best bet, I’m taking Nunes to win by KO/TKO at +145 on FanDuel. There isn’t much value on any sportsbook for a moneyline win, which is why it’s best to stick with the more detailed markets here.

UFC 277 will take place at the American Airlines Center in Dallas, Texas.