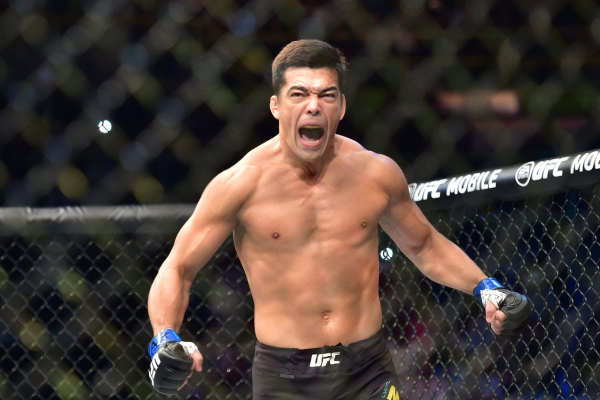 Bellator comes to the Mecca of the sports world when they roll out the red carpet in Madison Square Garden in New York City on Friday night. This card is one of the best that Bellator has put together in a long time and features two title fights. Sportsbooks are offering lines on all of the main card action, which is unusual for a Bellator card. There are no UFC fights this weekend as they get a rare week off, so MMA fans will have to look to Bellator to get their action. Action abounds on this card and here are the prime picks for the evening:

The most confident pick of the evening comes in the form of the karate veteran Lyoto Machida beating Chael Sonnen in the co-main event. Machida should dominate this fight on the feet, and unless Sonnen can get a takedown, he just does not have the striking capability to test Machida. Machida has enough experience and ju-jitsu experience to defend Sonnen’s wrestling ability and should be able to keep this fight at the level he wants.

Sonnen is coming off of a loss and has just looked sluggish and out of shape since his move to Bellator. Machida has won three in a row and looks just as good now as he has at any point in the past three years or so. Look for Machida to hurt Sonnen on the feet and either finish him by the mercy of the referee or take a one-sided decision victory. If the -300 line scares you, then pull the trigger on this one as an anchor to a parlay.

It was not that long ago that Dantas was the king of the division and would have rarely been the underdog against anyone in the world at the weight class, but those times now seem long ago. Dantas took a decision victory his last time out over Toby Misech (who???) but it was hardly impressive. Prior to that, he dropped two straight over guys in the same class as Archuleta.

Archuleta is on a 17-fight win streak which includes a perfect 4-0 mark so far in Bellator. In his last fight, he beat the very tough prospect Ricky Bandejas. The Bellator brass also loves Archuleta, and they do a good job putting their up-and-coming fighters against fading big names. A win here puts Archuleta squarely in the title picture so look for him to come out on a mission. Dantas is hard to finish, but Archuleta may just get it done. Take Archuleta in an active decision where he just overwhelms the former champ.

Prior to the Jon Fitch fight, MacDonald would have been a -300 favorite in this one. While his activity in the Octagon during the Fitch fight was highly discouraging, his post-fight interview where he speculated that he did not really want to fight anymore, was even more so. The “Red King” certainly tried to put some of those worries to rest with a motivational pre-fight interview, but only his action inside can quell those thoughts.

This is a good time to fight MacDonald, but I do not think Gracie has the entire package needed to beat him. Gracie has beaten everyone that Bellator has put in front of him, but like Bellator is famous for, that has not been much. Outside a win over an overrated Ed Ruth, the list of fighters Gracie has beaten is made up of nobodies. Much like the Sonnen-Machida fight, MacDonald has every advantage on the feet and should have the veteran savvy to keep it there. MacDonald by decision.

Darrion Caldwell has beaten everyone he has ever fought except for Kyoji Horiguchi. The only other loss on his resume was quickly avenged, and Caldwell is looking to do the same this weekend. These two met less than six months ago with Horiguchi submitting Caldwell in the third round. Horiguchi is the better striker in this one and can hold his own if he is taken to the ground.

I just cannot see any justification for Caldwell being favored in this one, especially after what happened just six months ago. If someone knows something no one else knows, please speak now. Horiguchi by decision.