Yelich Out For Rest Of 2019; Are His MVP Hopes Now Gone Too? 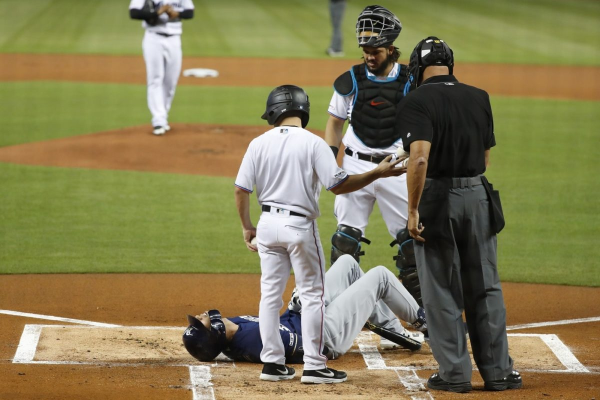 One errant foul tip dashed Yelich’s Playing Hopes for the Rest of the Season, But Are His MVP Hopes Done For As Well?

Injuries are never a good thing. Not only do we miss out on a great talent, but it also jeopardizes the entire competitive freedom that is beloved in sports. And when it comes to Christian Yelich, his untimely injury definitely puts a damper on things, not only for the Milwaukee Brewers, but in general, for the rest of MLB, not being able to see a conclusive finish to the NL Wild Card race (as well as the NL MVP race) is definitely going to affect how some fans see things.

But this is where the importance of having a complete picture from beginning to end of the season comes into play as well.

So how does the Yelich injury impact things going forward? Will his valiant efforts all be in vain, or will this inspire the Brew Crew to play harder for him? Let’s find out.

When it comes to the long-term impact for the team as a whole, there is no doubt that this is going to affect the Brewers’ ability to compete. They lose their best all-around player, one of the most deadly base-runners, and a constant base-stealing threat.

Aside from that, his timely power also comes into play when needed in clutch moments. Overall, it’s just a major damper not to have him in the lineup.

That said, there is no doubt that in the NL Central, the Brewers had some moments in the early going, but as expected, the better talents in the division have prevailed. Healthy or not healthy, it’s better that Yelich is just rested for precautionary purposes, because Milwaukee’s chances of actually long-term competition in the NL Central are greatly hampered as a result of this development.

Yes, it’s been a wild Wild Card for the NL this season, and with this injury, the odds of them being able to battle back being four games behind the Cardinals (and tied with the Cubs) means that there is definitely going to be a bit of struggle, especially now with Yelich gone. Now, mind you, Yelich is one man, but is he an extremely valuable asset, valuable enough that you could really say their hopes are completely dashed with his absence.

Behind Mike Trout, Yelich has the second-highest WAR (wins above replacement) of 7.3, meaning, he adds an additional seven wins with his being in the lineup alone, as compared to a replacement player. That said, there is no doubting how valuable Yelich is to this team, and in the long term, it remains to be seen if they can maintain the little toehold they have in the NL Central race.

As the Cards have finally gotten their momentum going, it seems apparent that they may be able to close the deal out as we wind down towards the end. The NL Central lead has shifted place several times, but it is unlikely that the Cardinals will abruptly drop these games in the coming weeks, but if they were, can the Brewers jump on them and outplay the Cubs?

It seems unlikely, especially without Yelich.

It’s pretty much been Yelich’s award to lose, and with his absence gone in the stretch, and Cody Bellinger and his squad certainly playing very well in the recent going, it’s hard to say that it isn’t his award. That said, as an aggregate, Yelich has individually had a bigger impact in a positive way for his team. As a whole, the Dodgers have been more of a complete team effort, whereas Yelich is an example of outstanding individual excellence and expertise.

I still think Yelich cinches it given his overall efforts, and while the absence hurts, don’t give up on the Brew Crew yet. They still have a lot of fight and a lot of talent.