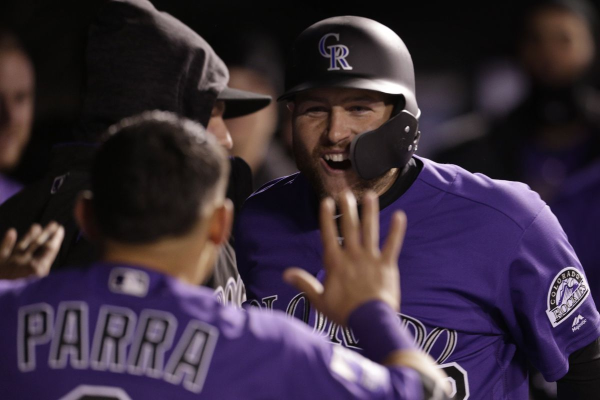 After last night’s National League Wild Card Game, the MLB postseason is officially underway. Let’s take a look at everything you need to know about what’s happened since the end of the regular season and what’s ahead in the postseason.

If you couldn’t stay up for all 13 innings last night, it was the ColoradoRockies who have advanced out of the National League Wild Card Game, beating the Cubs 2-1 in extra innings. Ultimately, the Cubs played their last nine games of the season at Wrigley Field, but only won five of them.

Had they won six instead of five, they would have reached the NLDS and may have even had home-field advantage throughout the National League playoffs. Alas, the Cubs couldn’t find a way, and so there will be no rivalry showdown with the Brewers in the NLDS. Instead, the Rockies have the honor of playing Milwaukee in the NLDS starting Thursday.

As for Wednesday’s American League Wild Card Game, look ready for a battle of the bullpens. The A’s will start reliever Liam Hendriks as their “opener” for their game. Edwin Jackson may follow, although he is the only starter on Oakland’s roster for the game. The A’s are more likely hoping to get to their bullpen as soon as possible. Guys like Fernando Rodney and Jeurys Familia could be called on for more than one inning as Oakland strives to get a lead to closer Blake Treinen.

Of course, the Yankees could follow a similar formula. Luis Severino will get the start, but his leash could be a little short. The Yankees have four relievers with experience as a closer in their bullpen, so they could be looking to just get past five innings and then see if those four can all handle one inning each to take them home.

In all likelihood, Braves shortstop DansbySwanson won’t be with the team when they begin the NLDS against the Dodgers on Thursday. Swanson tore a ligament in his left hand during the last week of the regular season, and it doesn’t appear as if he’ll be healed enough to be put on the postseason roster. Braves manager Brian Snitker says there’s a chance Swanson will be available, but the Braves don’t appear to be getting their hopes up.

Assuming Swanson can’t go, Charlie Culberson figures to serve as Atlanta’s shortstop. Culberson filled in for Corey Seager for the Dodgers during the NLCS last season, and Snitker seems to like the fact that he brings postseason experience to a team that is otherwise lacking it.

In a move that had been rumored earlier in the year, Angels manager Mike Scioscia won’t return to the team in 2019. Scioscia stepped down following Sunday’s season finale after 19 seasons leading the Halos. He was American League Manager of the Year twice in those 19 seasons and led the Angels to a World Series title in 2002. However, it had been more of a struggle for the Angels in recent years, as they have been doomed by injuries the last few seasons. At age 59, Scioscia may not be done in baseball just yet, but his days with the Angels are officially over.

Get Him Out of Here

The Minnesota Twins have been added to the list of teams looking for a new manager this winter. The Twins announced on Monday that Paul Molitor has been relieved of his duties as manager, although he will stay in the organization in some capacity. After earning a wild-card spot in 2017, the Twins were hoping to take a big step forward in 2018, but they ended up finishing six games under .500, 13 games behind the Indians in the AL Central. That was enough for the Twins to fire Molitor and look for a new manager.

The Royals were one of the worst teams in baseball this year, but the club will still invite manager Ned Yost back for another season. Yost and the club agreed to a one-year deal for the 2019 season, with Yost indicating that the negotiation process “took all of two minutes.”KansasCity is in the early stages of rebuilding, but GM Dayton Moore indicated that the team is pleased with the development of their young players under Yost and the coaching staff. Meanwhile, Yost says he’s taking things year by year and is hoping to hand the club over to a new manager once their core is ready to compete. Of course, after 104 losses this year, that could be another couple of years.