MLB Weekend Betting Preview for June 18-20: Oakland’s Visit to the Bronx Just One of Several Solid Betting Opportunities This Weekend 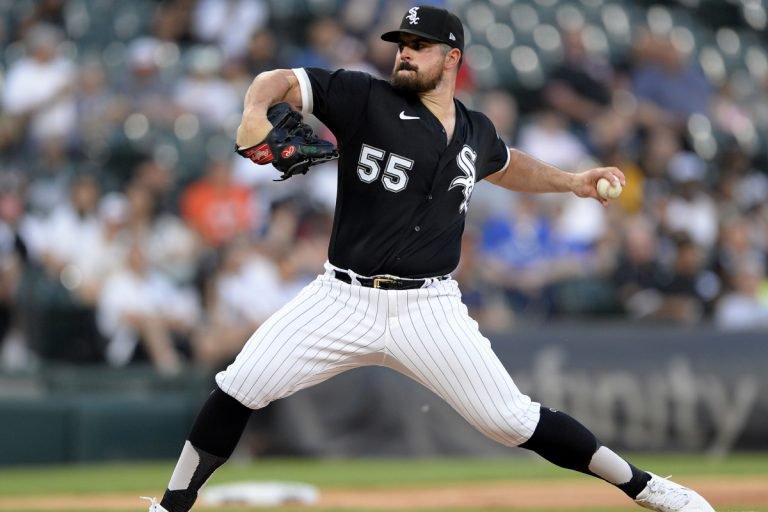 There are lots of points of evaluation throughout the long MLB season. I think this weekend is one of them, it’s Father’s Day weekend and with stadiums getting ever more full by the second it is totally natural for the casual fan to take Dad to the ballpark on Sunday and remember this baseball thing is something they had been missing. It is a super easy gift too. You can let Dad drink all he wants and it still won’t cost you too much. (Dads!)

While the casual fans might just be waking up to the current season, we daily grinders have been in it for weeks at this point. We seem to be past the flurry of no-hitters, and the offenses have warmed with the weather. Pitchers have been forewarned to cut out all that sticky stuff, and that could give the offenses a bump too. So if you have been getting burned by unders, look for that to change going forward.

This weekend we have some very compelling series in both leagues, definitely more than last week when few winning teams were actually matched against each other. The series of the weekend might be down in Houston where the White Sox and Astros are going at it, but that one started yesterday. Instead, we will look East. When a first-place team visits the Bronx and the Yankees are on a roll, you always want to check that out. The Yankees are so public it usually creates some great buying opportunities too.

Oakland starts the series on a hot streak having won 8 of 9. They are in first place in the AL West, and that is without their best hitter (3B Matt Chapman) contributing much. Their pitching has been good but not as good as expected. That means there is room for this club to be even better, though that does not always lead to more wins.

He is not getting a ton of buzz, but 1B Matt Olson is a legit early MVP candidate. He leads the team in batting average, homers, and RBIs. If the team wins the division or finishes with the best record in the AL, that is going to be tough to ignore. Yusmiero Petit is 7-0 in relief. I am not saying Cy Young, but I think the record is 11-0 by the Blue Jays Dennis Lamp in 1985.

The Yankees just completed a sweep of the Blue Jays on the road in Buffalo. They did not hit the ball especially well but they were able to get timely knocks. The pitching was really good, especially the bullpen. Closer Aroldis Chapman might have gotten lit up a few times the week before, but he was really good against the Blue Jays and Gerrit Cole seems to be able to pitch without cheating. Go figure!

For the Yankees to have success this weekend, they need to find a way to get their bats going. It has been a struggle all season, but with OF Aaron Judge and DH Giancarlo Stanton the potential is there.

I will be looking to take Oakland if they are at pick’em or better in any game in this series. The team is very underrated.

This series started last night, and the Astros bombed the first-place White Sox, winning 10-2. Houston is the top-scoring team in the league, and they have hit multiple homers in their last 10 games. They are loaded with right-handed power too, so this matchup against the hard-throwing Carlos Rodon is not likely to slow them down. Rodon has been awesome this season as he has finally harnessed his great stuff. But he is definitely not a sure thing, and he often uses a lot of pitches and exits games early.

Garcia does not have nearly the reputation of Rodon, but he has been effective for the Astros this season.

Tip: Houston is a great value tonight at -102

The Reds saw their winning streak snapped on Thursday night. The win also snapped a losing streak for the Padres, so the question is whether these teams have flipped their momentum. San Diego is good at home and even though Lamet’s numbers are just so so on the season, his stuff can be electric. Cincinnati has gotten a definite boost since Gutierrez made his MLB debut. He has pitched exclusively against NL Central opponents, so this is his first trip out West and his first time having to face Slam Diego. These lineups are packed with power so this could be a fun one.

While both pitchers may shine the safer bet might be the over.

The Phillies are currently in second in the NL East, riding a couple of arms to that spot. San Francisco is still the biggest surprise in MLB, and I would still be shocked if they finished the season ahead of the Padres and Dodgers. The fact is this is an aging team that has been able to avoid too many games lost due to injury. That and the resurgence of players like SS Brandon Crawford who leads the team in homers. I have a hard time believing this team can be among the homer and pitching leaders all season long.

Aaron Nola shut out the Yankees for 7+ innings in his last start and looks to be rounding into form. I have always been a fan and maybe he is warming up with the weather. Or he just doesn’t like to play second fiddle to Zack Wheeler, who has been excellent this season. I don’t know exactly when to start but San Francisco is a team to start fading. This is a good spot.

Looks for nice underdog value on the road with the Phillies.

I was a little surprised this made my list too! The reason is the emergence of righty Casey Mize for the Tigers. Mize, the #1 pick in the 2018 MLB Draft, has looked better and better as the season has progressed. The opposite has been true for Bundy who has been awful this season after a promising 2020 campaign. Looking at the Detroit side, especially on the road, is not going to build your bankroll much. But this is a spot to consider.

I would make this one a pick’em, but just based on the teams you are probably going to get much better value than that. The Angels were hot for a while, but Oakland cooled them off, and Bundy is a train wreck. You have to pick your spots, and this could be one of them.

If you take Detroit make sure you get at least +130 to justify the risk.

There is every reason to focus on Jacob deGrom when you talk about the Mets and their great pitching. Heck, he is even getting MVP talk. Taijuan Walker has been excellent this season too, and it is of the “finally” variety for an arm that has always had lots of talent but hadn’t yet put it together yet. The only reason to not be too keen on New York is because of their staggering lack of offense.

Patrick Corbin has not been having a great season for the second year in a row. On the positive, he is coming off one of his best outings of the last two years.

It might take only three runs to win this one, so look hard at the under and with whichever team is offering the better payout.