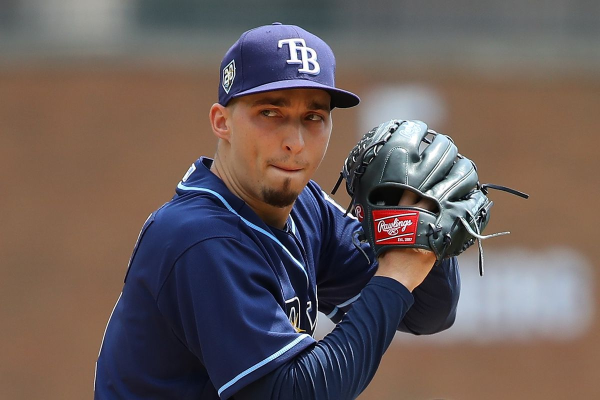 In the win, Ryan Yarbrough picked up the win in 3 2/3 innings of relief after Ryan Stanek went two scoreless innings as an opener. Austin Meadows and Asivail Garcia both homered in the win for the Rays.

The moneyline for this one features the Toronto Blue Jays +210 and the Tampa Bay Rays -240. The over/under on runs scored is set at 7.5.

On the pitching side, though, the Tampa Bay Rays have been dominant. They far and away sit atop the MLB rankings in earned run average with a team staff ERA of 2.97 (2.99 at home). For comparison’s sake, second place comes in at 3.40 team ERA (the Astros). For Toronto, they come in 16th overall with a 4.35 ERA (4.03 on the road).

Realistically, this season is not about wins and losses for the Blue Jays; rather, this season will be measured by the growth of the youngsters in the Blue Jays’ lineup. Players like Vladimir Guerrero Jr., Cavan Biggio, and even Lourdes Gurriel Jr. are who the Blue Jays are hoping they can build their team around.

Guerrero Jr., in particular, is the player that the Blue Jays are most excited about. Even though he hasn’t had the most spectacular start to his career (he is hitting .225/.301/.402 with five home runs, 11 runs batted in and 10 runs scored in 102 at-bats), he is still projected to be a star in the making for years to come.

In his last outing, a 6-3 loss to the Padres, Thornton went six innings, allowing four hits, three walks and three earned runs while striking out 10. Still, the long ball was an issue again, as he allowed two home runs, and he will look to improve on this Wednesday night.

The Rays have been outstanding, shocking many with their play despite their low payroll, but they still find themselves looking up in the AL East. With the Yankees ahead of them and the Red Sox trying to catch them, the Rays know they need to keep up their solid play.

Offensively, the Rays have had a nice season from Austin Meadows. In addition to homering Tuesday, the outfielder is hitting .356/.428/.696 with 12 home runs, 31 runs batted in and 21 runs scored in 135 at-bats. Meadows has also had success against Thornton, going 2 for 2 with two home runs and two runs batted in. Brandon Lowe has also homered against the Blue Jays’ righty.

There is just a whole lot to like about the Rays in this one. With Blake Snell on the mound, who has been absolutely filthy lately, and a team that has won four in a row and seven of its last 10, it is hard to see them not being able to finish against the struggling Blue Jays. Trust me, with Toronto’s moneyline sitting at +210, I would love to go with the underdogs, but the smart play is to take the favorites and bet Tampa Bay at -240.