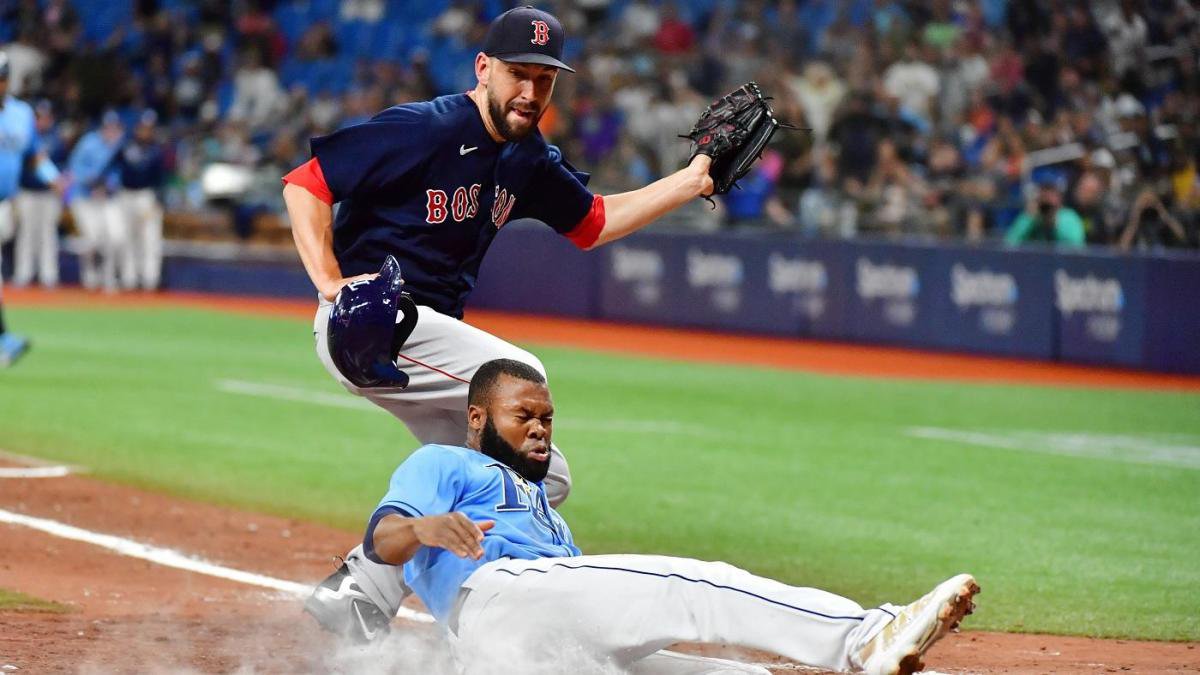 Full disclosure: This is being written in advance of the trade deadline later today. With so many moves that have already happened and many more speculated anything could happen. For the next couple of days be sure to check the newswire even more closely to see who is in and out of the lineup. Especially today! It will certainly be interesting to see how MLB betting odds look after all of the moves that happen today.

That said we do have an exciting weekend of action. After taking two of three from the archrival Dodgers, the NL West-leading San Francisco Giants get no reprieve, hosting the Houston Astros in a matchup between MLB’s top two teams record-wise. Houston’s top-scoring offense is going to challenge San Francisco’s arms.

Staying out West, Oakland is looking for road wins against the Angels as they try and hold onto the AL’s second Wild Card spot. I am also keeping an eye on Cincinnati’s road trip to face the New York Mets, who could be a big player today. The Reds need to put some pressure on the Brewers, while the Mets’ spot atop the NL East is tenuous.

These are the top two teams in the AL East, separated by just a game and a half heading into the weekend. They could not be more different though.

The Rays were in the World Series last year, but their record this season is surprising given how they retooled the roster in the offseason by dealing away starting pitching. Somehow they have cobbled together enough pitching to be 7th in ERA, even with Tyler Glasnow out since mid-June. To beef up the lineup, they made a move for Nelson Cruz, though Cruz is dealing with a foot injury at the moment.

Still, of all the teams in a great position to make the playoffs in the AL, the Rays could be headed for a crash.

The Red Sox have acquired a bat too, picking up Kyle Schwarber from the Nationals. There is no doubt he has power, but he is a curious fit for the Red Sox, and not because he is hurt right now. Schwarber’s best position is DH, and they already have one of those. I am not sure where he fits in the lineup unless they move him to first base. Boston would have been better served to get an arm to try and fend off Tampa. Maybe that is coming later today.

This series will go a long way towards determining who wins the AL East.

Houston has the top-scoring offense in the Majors. They have loaded up on relievers to give themselves the best chance at getting back to the playoffs, grabbing Kendall Graveman from the Mariners and Yimi Garcia from the Marlins. The latest MLB betting odds at FanDuel Sportsbook have the Astros second behind the Dodgers to win the World Series. Will they be in the same position after this weekend?

Framber Valdez has pitched well for the Astros this season. The odds are this start will push him over 70 innings, which is what he has pitched in the Majors the last couple of seasons. We are getting into uncharted territory with him, but there is a lot to like.

The Giants have seen several teams make major moves around them, but they have yet to really dive in. Sure they are in first in the NL West and looking great, but the team has been overperforming all season and needs more than Evan Longoria’s return from injury to remain in that spot.

Kevin Gausman has been one of the major reasons for San Francisco’s success. But he has been hit hard since the All-Star break, and the Giants have to be a little worried.

Astros vs. Giants Best Bet: Astros ML – Both pitchers have been a little off lately. I like Houston in an underdog role tonight. Houston is 10-7 as an underdog this season, and that offense plays in any park.

Milwaukee’s MLB betting value continues to rise, as they look more and more like a team that could go deep in the postseason. With the moves they have made, they should have more consistent offense. And don’t overlook the non-deadline deals to pick up first baseman Rowdy Tellez and shortstop Willy Adames. If former MVP Christian Yelich gets healthy and finds his form, there could be another title in Brew Town this fall.

Brandon Woodruff is having a monster season that could possibly end with some hardware. He is first in the NL in ERA and first in the Majors in WHIP. With a little more luck, he would be 12-2 instead of 7-5.

The Braves are still in the race in the NL East, but it will be tough to make up ground this weekend. They just took three of five against the Mets, but it is hard to see how this team gets on a run. The pitching is not good enough, and the offense is not what it could have been.

Kyle Muller was not in the rotation to start the season. At 6’7” and 250 pounds, he is a massive presence out there, and he is having some early success. It is hard to really count on him though because there is no track record.

Brewers vs. Braves Best Bet: Brewers ML – Muller is intriguing and the Brewers have not seen him before. Even if he is pitching well, I don't see how he can do so for as long as Woodruff. With Atlanta’s bullpen issues, the Brewers have the advantage if the game is close late.

Oakland made a great move to get outfielder Starling Marte from the Marlins. He got a hit and a stolen base in his first game for the A’s and they won. He might not be as big a name as some others, but he improves their offense. Plus they dealt from a position of strength. They have lots of starting pitching.

James Kaprielian was not in the rotation at the beginning of the season but he has thrived since getting a chance. His home/road splits make this one a little dicey though. At home, his ERA is 1.13. On the road, it rises to 4.91.

The Angels have not been very active at the trade deadline. They are probably looking at good health being their answer given guys like OF Mike Trout, 3B Anthony Rendon, and 1B Jared Walsh should be back next month. They are competing to stay relevant around .500, but it is hard to see how they make a leap up the standings.

Shohei Ohtani gets the start against Oakland. He has two starts against the A’s this season and has pitched well, but they were both losses. At home, he has not lost this season, going 4-0 with a 1.79 ERA.

A’s vs. Angels Best Bet: Angels ML – I hope the premium is not too great in this spot as Ohtani tends to draw a lot of interest. If you have to go with the run line to make it a value then do so. Bet L.A. up to -135 or so then make the shift.

The 2022 Formula 1 season is only six races deep, but the race for this season’s championship alerady appears to be down to just two drivers. Last season, Red Bull driver Max Verstappen claimed his first Formula 1 World Drivers’ Championship in highly controversial circumstances, with Lewis Hamilton denied what would have been a record-breaking END_OF_DOCUMENT_TOKEN_TO_BE_REPLACED