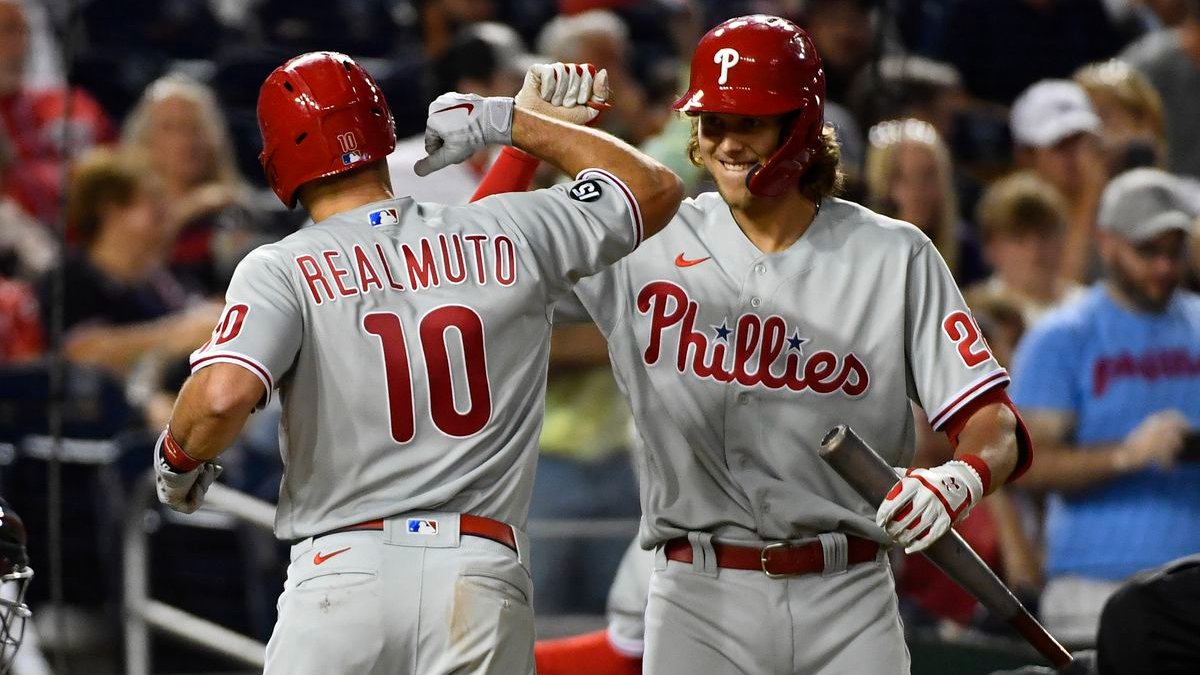 Thursdays are usually quiet but yesterday was pretty awesome. Not only did we get the Field of Dreams game, but it might have been the Game of the Year. What are we in for this weekend? It has already started, but we have a lot of excellent MLB betting options to take under consideration over the next couple of days.

There was a lot of competition for the series to watch this weekend. The Dodgers are in New York to take on the Mets as they tour the NL East this week; Toronto stays out West to take on Seattle in what could be an AL Wild Card elimination round and the Houston Astros are in L.A. to try and knock some sense into the Angels, who just refuse to give up.

There are a lot of series with playoff implications and coming off of a sweep of the Pirates, even the St. Louis Cardinals might have something to say about everything if they get another sweep in Kansas City.

In the end, the series I most have my eyes on in the City of Brotherly Love as two teams that have fought to stay relevant all summer match up.

The Phillies are locked in a tight race in the NL East, with the Atlanta Braves on the rise and the New York Mets doing enough to hang around for now. Given what we have seen from this group of teams, it seems unlikely that any one of them is going to pull away.

A few weeks back I suggested backing the Phillies to win the division. You have lost some value with them in first now, but around +150 is not too bad for them to outplay the Mets and Braves from here on out.

The Reds started the season red hot at the plate. Outfielders Nick Castellanos and Jesse Winker were both looking like MVPs, and the Reds were mashing opponents. As the season progressed both have cooled somewhat, but veteran first baseman Joey Votto has shown that there is still life in his bat. They will need all three down the stretch.

That said, the rotation will determine whether or not the Reds make a serious run at a postseason berth. Luis Castillo was shelled in his last start but has bounced back after starting the season 2-10, and Tyler Mahle, Wade Miley, and Vladimir Gutierrez are all having solid seasons. If Sonny Gray can find his groove, the Reds will be in the hunt until the end.

Blue Jays vs. Mariners Best Bet: Our lean for this matchup would have been the Blue Jays, based on how well Ray has been pitching. He was excellent again last night, allowing only two runs and five hits and striking out eight in seven innings, but the Mariners edged the Jays 3-2.

Buehler is one of the favorites for the NL Cy Young award, coming in at +350 with Brewers hurler Corbin Burnes, with Zack Wheeler of the Phillies leading the way at +180. If he can muscle his way to the front, it will boost the Dodgers’ hopes of catching the Giants in the NL West.

The Mets are not playing great, but they entered this series off of a much-needed sweep of the Washington Nationals. First baseman Pete Alonso homered in Thursday’s win and has homered twice against Buehler in five at-bats.

Taijuan Walker has suffered from not having the cover of ace Jacob deGrom. There might not be a connection, but since he has been out the righty has struggled. Most likely it was some regression after a hot start, but they need him to find his early-season form and fast.

Dodgers vs, Mets Best Bet: Dodgers RL – The Mets do not command as much market respect as the Yankees but the Dodgers do so I am expecting the moneyline to not offer much value on Saturday. The Dodgers with Buehler on the mound are very tough to beat, and on the road they will get all of their at-bats to build that cushion for a run line win.

Game one of this series in Iowa was about as entertaining as could be, but the Yankees wound up on the losing end. They had been playing some strong ball of late but against lesser teams than the White Sox. Now they have to step up and they are a bit shorthanded due to COVID and injuries at the plate and on the mound.

Nestor Cortes has looked good in his limited action, but they were not really expecting to use him like they have been this season.

Thursday’s thrilling win in Iowa was a good sign for the Sox, who are basically playing against themselves the rest of the season. Now that the offense is whole with the return of outfielders Eloy Jimenez and Luis Robert, they should be that much more dangerous.

In 4 of Giolito’s last 5 starts, he has held opponents to just one run. The righty should do well against a limited Yankees offense, and he will be backed up by an elite bullpen.

Yankees vs. White Sox Best Bet: White Sox ML – You may have to go run line here if you are looking at -150 or higher, which is likely. The White Sox are one of the most complete teams in the Majors, and unless Giolito implodes, they should win with ease. Even if he is off, the White Sox have the offense to cover it.