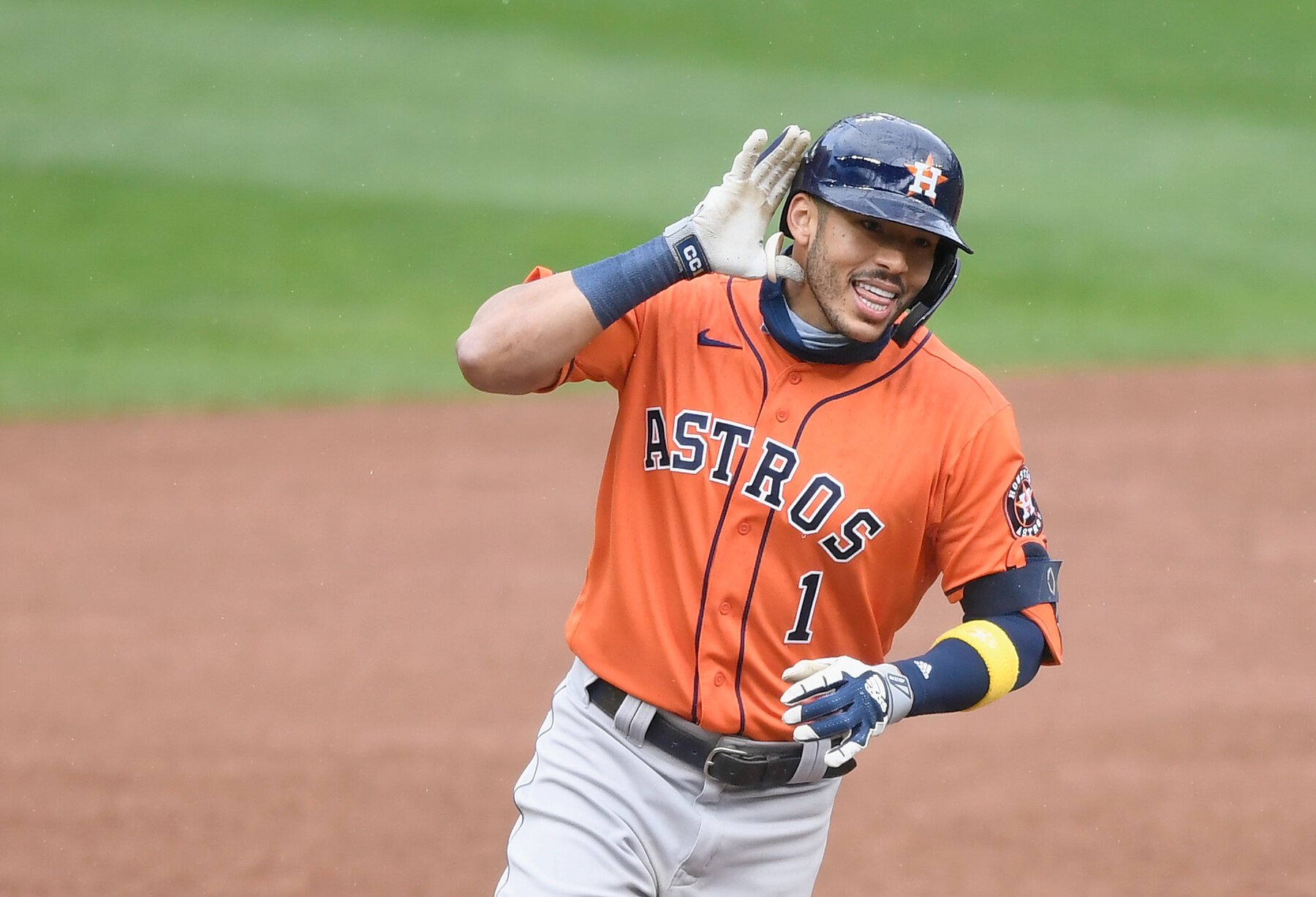 I don’t know if it was because we didn’t get it last summer but the MLB All-Star festivities were pretty good this season. The Home Run Derby was entertaining and the All-Star Game itself was enjoyable, though I wish they would stop the things where every player has to get into the game. But now it is time to get back to building our MLB betting bankroll.

Getting back to this weekend we have a few really good series, though interesting in that they are repeats of matchups we have seen very recently. Milwaukee hits the road to visit Cincinnati with a chance to really make a dent in the Brewers' lead in the NL Central, and the Yankees could do the same to Boston in a series between these AL East rivals.

In picking the series of the weekend I kept the approach old school and chose the series with the most combined wins. That makes the Astros vs. the White Sox the obvious choice.

Both of these teams finished the first half atop their respective division.

The Astros have been the best offensive team in the Majors. They don’t have any serious MVP candidates, but their lineup is full of tough outs and productive bats. On the mound, they aren’t dominant but are in the top ten in all major statistical categories. That could change with the right trade, but is the right trade out there?

Chicago had the largest lead of any division leader at the All-Star break. They could definitely go into cruise control, but this series coming out of the break should get their attention. Not only will be they be looking to avenge a four-game sweep down in Houston but also to dispel the stigma that they can’t beat the league’s best teams. They won their last five games of the first half and seem to have everything a team needs to go deep in the playoffs, with or without any acquisitions this month.

These are a couple of first-half surprise teams for me. They are both over .500 but they probably can’t both finish that way.

The Mariners have won a lot of close games, but their roster’s relative weakness indicates that may not continue. But on the mound, Flexen is having a breakthrough season and has allowed only one earned run in 13 innings. Most of his success has been at home, however. On the road, he is 1-2 with a 6.97 ERA.

The Angels are still hanging in there thanks to the slugging of All-Stars Shohei Ohtani and Jared Walsh. OF Mike Trout is still out till next month, so they are going to have to rely on those two a little longer. OF Justin Upton is still out too but 3B Anthony Rendon is expected back to start the second half.

The Angels are going to have to keep mashing because unless they make a deal the pitching does not look playoff quality. They are 26th in ERA and 22nd in quality starts. Heaney has had his struggles this season, but he did break a three-game losing streak in his last start before the break.

Mariners vs. Angels Best Bet: Over 9 – The Angels can hit, there is no doubt about that. When you factor in Flexen’s road struggles, the over is the play in this game. Both teams will have their bullpens fully rested but with these starting pitchers, I am looking for a lot of damage to be done early.

If San Diego is going to rise in the NL West in the second half they have to start playing better on the road. They were 20-21 away from Petco Park entering the All-Star break which is curious given how good their pitching has been.

These teams actually met earlier in the month in San Diego, with the Padres taking 2 of 3. Lefty Blake Snell has electric stuff but has not shown it frequently enough this season. He also recently had a bout of food poisoning and has pitched only nine innings in the past month.

After spending some time as high as second in the NL East the Nationals have slid back down to fourth. This series continues their difficult stretch against the NL West. This will be the fourth series in a row against the NL West’s elite trio. After this series, they do not play a team with a record over .500 until August 10th, when they take on the Mets.

With Kyle Schwarber still out, Juan Soto is the guy they need to lead them forward. Soto’s power is still coming around, but he has lifted his average 20 points in the last month, from .263 to .283.

Corbin has not had a great season, but he beat the Padres in his last start before the All-Star break. The Nationals could benefit from him starting the second half as well as he ended the first half.

Padres vs. Nationals Best Bet: Padres ML – Snell’s struggles and recent health issue are both concerning, but the Padres are so much better than the Nationals from top to bottom. They used their bullpen a lot in the first half, but that group will be rested and ready, so Snell will not need to be pushed too much.

The Brewers will be looking for some revenge after they dropped three of four at home against the Reds heading into the break.

Pitching has led the way for the Brewers. Hopefully the brief break helps Christian Yelich and Keston Hiura, who have struggled at the plate this season. If those two can pick it up, Milwaukee’s ceiling will be even higher.

Even if the pitching has to keep carrying the Brewers, that is not the worst thing. They have several high-performing arms, including Burnes. He has given up just one earned run in each of his last three starts. He has also not lost a game on the road this season, going 2-0 with a 1.98 ERA.

The Reds currently look like a playoff team. Their offense is dangerous, led by the outfield duo of Nick Castellanos and Jesse Winker. Also, they have enough starting pitching to make a push. They have had some hot streaks but need consistency and extended success to compete with top teams when it matters.

Gray’s recent return was a big boost for Cincinnati. In two July starts he has allowed just three earned runs in 12 innings. After a month down due to injury, they are going to lean on him going forward.

Brewers vs. Reds Best Bet: Brewers ML – Burnes was one of the league’s best pitchers in April and has continued to be very good. It just hasn’t materialized into many wins for the Brewers, who are just 7-8 in his starts. He has been an underdog just once this season (a loss), but there is a chance he might be here. I love the value, especially because the Reds have not seen him this season. Gray has been good for the Reds, but he is 0-2 at home this season.