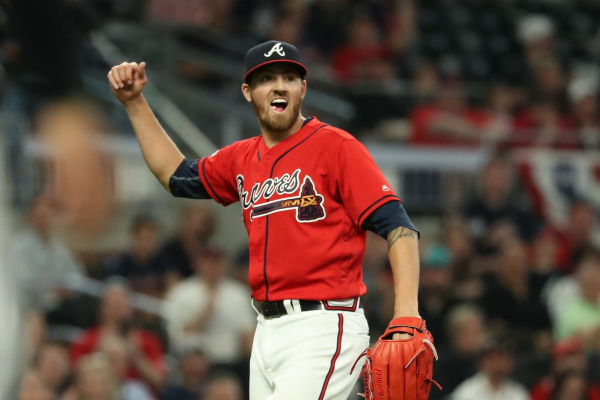 The Braves are in Chase Field tonight to take on the Arizona Diamondbacks and Merrill Kelly. Kevin Gausman will get the start on the bump for the Braves. The Braves are -116 in this game, meaning that the Diamondbacks are +104 in what appears to be a close matchup.

The biggest thing I look at in any baseball game is the pitching matchup with both the starters and the bullpen, which often does get overlooked. The matchup of Merrill Kelly and Kevin Gausman is a really interesting one because they are both often seen as unknowns for different reasons.

Let’s start with the road pitcher in Kevin Gausman. Gausman is a player that I have always liked, and I have always hoped he was in a better situation. The most notable thing about Gausman is his splitter and its overall value compared to his other pitches. If you look at Gausman’s runs above average, his splitter has been his best pitch for most of his career, and while that technically isn’t the case this year, there is nothing that leads me to believe that is anything but noise right now. His splitter is borderline elite, while the other offspeed stuff is not at all.

This is why I want Gausman to go to an elite team that will accentuate this splitter, notably teams like the Yankees and the Astros, who have been attacking these things for years now. With the Orioles, Gausman had really, really strange catcher splits, but it was because one catcher figured out that he should call Gausman’s best pitch way more than the other catchers on the staff.

This season with the Braves, his splitter usage is up to 32%, when it had been around 20% for the majority of his career. I think this change will make Gausman a more reliable pitcher, but it hasn’t really panned out magically just yet.

When analyzing Gausman’s advanced numbers, nothing stands out as a pure outlier, but the HR/FB rate is relatively high. His walk rate is a little higher than previous years, but I don’t think that is a huge issue moving forward. Gausman’s left-on-base percentage is very low and is likely the cause for a lot of the struggles he has had at times.

His xFIP and SIERRA are both just over 4, while his ERA is 5. The thing that makes me confident in Gausman moving forward is his swinging strike percentage of 13%. That is a great number, and I think it shows us that Gausman still has the same stuff as he has always had and he is throwing his best pitch more.

The Braves bullpen is in the bottom 10 in baseball in SIERRA because they don’t have dominant arms in the bullpen. They have pitched three innings each of the last two days. I am not going to pick on the Braves due to their bullpen today, but it definitely does not inspire confidence in them to close out a close game.

I like the Braves pitching today as a whole to play pretty well vs. a somewhat overachieving Diamondbacks roster right now.

Back In The Majors

Merrill Kelly is an interesting case after not being under the MLB umbrella since 2014. Kelly was really never good enough in the minors to ever make it, so he transitioned to playing overseas. I think Kelly improved enough to get back into the major leagues, and I do think he is a pitcher that can stick over here, but he isn’t good by any means.

What you see is what you get from Kelly, and his advanced numbers conclude stats similar to his real ones. The concern for Kelly is a lack of an elite pitch. None of his pitches are that good, and that has caused him to struggle to get strikeouts, with a K rate under 8 per 9. The BABIP, LOB%, and xFIP all support that Kelly is basically “eh.”

His HR/FB rate is a little high, but that isn’t the reason that he has struggled a bit so far. I would contend that Kelly is significantly worse than Gausman, but he is not a horrible pitcher by any means; he just will never excel because he does nothing at an elite level.

The Diamondbacks are pretty much in the same boat as the Braves in terms of bullpen quality. The difference here is that I think that the Braves are significantly more likely to knock out Kelly early in the game. The front end of the Diamondbacks bullpen is pretty bad, which I think gives the Braves a ton of upside if they can get to Kelly early.

I think that the pitching matchup is a little more one-sided than Vegas does here, so I am more than willing to take the Braves at (-116). I think this game is closer to -145, only due to the lack of certainty in either bullpen, but I’ll bank on the better starter and the better offense.