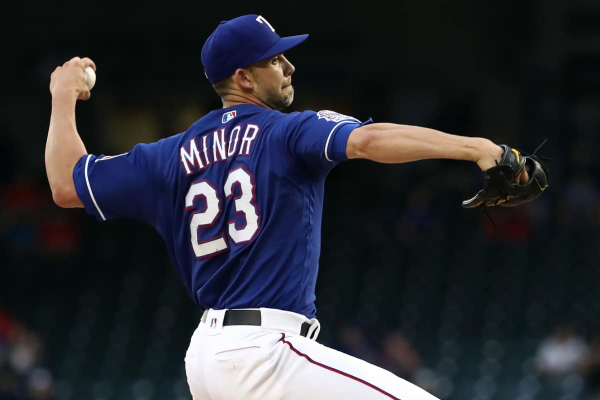 Saturday features a matchup of AL West division rivals when the Texas Rangers (25-24) take on the Los Angeles Angels (22-28) at Angel Stadium. This is the second of a three-game series that saw the Rangers win the first matchup Friday 4-3. In that outing, Rangers’ pitcher Drew Smyly went six innings, allowing five hits, four walks, and three earned runs while striking out four. Shin-Soo Choo homered for the Rangers while Jonathan Lucroy and Brian Goodwin homered for the Angels.

The moneyline for this one features the Texas Rangers +115 and the Los Angeles Angels -125. The over/under on runs scored is set at 8.5.

Offensively, the Rangers have been one of the strongest teams in the majors when it comes to producing runs. They currently rank second in runs per game with 5.77 (5.50 on the road). For the Angels, they come in at 16th, averaging 4.76 runs (5.33 at home).

On the pitching side, both of these teams have struggled this season. The Angles currently rank the higher of the two. That isn’t saying much, though, as they rank 26th with a staff ERA of 5.04 (4.81 at home). For the Rangers, they come in right behind the Angels at 27th with a 5.11 ERA (5.55 on the road).

Rangers Looking To Stay Above .500

While they still sit seven games back of the first-place Houston Astros, the Rangers are trying to stay above .500 on the season and try to keep it respectably close in the division. To do so, they will be sending Mike Minor to the mound. On the season, Minor is 5-3 in 10 starts this season with a 2.64 ERA, 1.13 WHIP and opponents are hitting .229 against him.

In 64.2 innings, Minor has allowed 53 hits, 19 earned runs, six home runs and has struck out 67 while walking 20. In his last start, a 10-9 win over the Seattle Mariners, Minor went six innings, allowing six hits, one walk, two earned runs and struck out 11. If the Rangers do fall completely out of contention, Minor may become a very attractive trade piece this deadline.

On the offensive side, Elvis Andrus continues to have a solid season. He is hitting .325/.373/.510 with six home runs, 26 runs batted in and 25 runs scored. Another player who is having a surprisingly good season is Hunter Pence. The veteran outfielder is hitting .312/.364/.651 with 10 home runs and 31 runs batted in . Against Tyler Skaggs, Pence is 1 for 3 in his career.

Angels Trying To Find Some Momentum

It is disappointing when a team has the best player in the league, and possibly one of the best of all time, yet fails to compete in its own division, let alone the rest of baseball. Sadly, for Angels fans, that is the exact situation with Mike Trout. Trout is putting up another fantastic season, hitting .289/.461/.579 with 11 home runs, 28 runs batted in and 35 runs scored. Impressively, he has struck out (31) far fewer times than he has walked (44). Unfortunately, there just hasn’t been a whole lot of protection around him in the lineup to truly take advantage of what he has to offer in terms of impactfulness.

On the mound for the Angels Saturday will be Tyler Skaggs. On the season, Skaggs is 4-4 with a 5.01 ERA, 1.40 WHIP and opponents are hitting .267 against him. In 41.1 innings, he has allowed 43 hits, 23 earned runs, six home runs and has struck out 40 while walking 15. In his last outing, a 5-1 loss to the Royals, Skaggs went 5.2 innings, allowing six hits, two walks, four runs (three earned) and struck out seven. He will look to build off of those numbers on Saturday.

This one comes down to the pitching for me, and between the two starters, Mike Minor has certainly been the more consistent pitcher. In fact, despite the dismal ERA that the Rangers have had, Minor has been the one shining star and would likely be an All-Star if voting occurred today. With that in mind, I think he will continue his hot streak against a woeful Angels team. Granted, any team that has Mike Trout has a chance, but I like the Rangers to win this one, especially coming in as the underdog on the moneyline at +115.