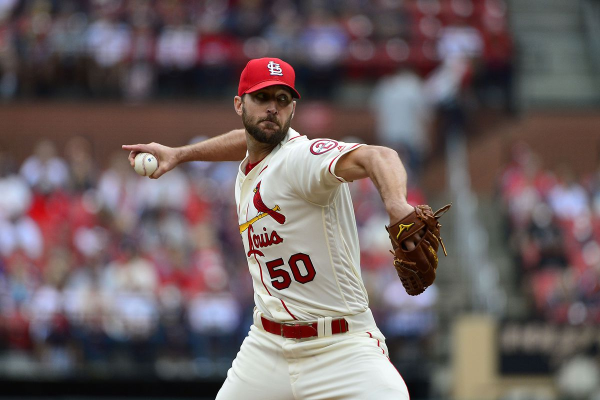 The New York Mets and the St. Louis Cardinals meet tonight for the first game of a three-game set. The Mets are in dire need of a win as they have lost four of their last five. The Cardinals are looking to build a bit of momentum after salvaging a game on Wednesday to avoid the sweep by the Brewers.

These are two teams that have playoff aspirations, and a series win will give one of the teams a touch of momentum heading into the tail end of the first full month of the season. While both teams are struggling, they can’t be taken lightly even considering the inconsistency of each team.

The runline for the game favors St. Louis by 1.5 and the moneyline is at -137. It is shaping up to be an excellent day to put money on the Cardinals.

Mets Turn to Vargas For Opener

Jason Vargas will be taking the mound in the opener for New York, having started the season 1-0 with a 14.21 ERA and 3 strikeouts. For his career, Vargas is 1-2 with a 5.40 ERA and 14 strikeouts against the Cardinals. New York is 1-4 in their last five games overall and 1-4 in their last five road games while the over is 6-0 in Vargas’ last six road starts.

In limited duty this season, Dominic Smith is the Mets’ best hitter. He has produced a .450 batting average along with a .542 on-base percentage. Smith does only have 20 at-bats this season though.

The top batter on the team is Jeff McNeil with a .424 batting average across 59 at-bats. McNeil is picking up right where he left off last year when he batted .329 in his rookie season. While McNeil will not hit for power, he is going to be a middle infield bat who does get on base a ton.

While the Cardinals are struggling at the plate collectively, Paul DeJong is raking. DeJong has a .342 batting average with 72 at-bats this season. Both of those marks are tops on the team.

In Paul Goldschmidt’s first season with the Cardinals, he is off to a rough start. Goldschmidt is batting .239 but does have seven home runs already this season. His SO percentage is north of 30 percent, but his home run rate is through the roof.

Through 83 plate appearances, Goldschmidt is having his fly balls leave the park at an insane 26.9 percent rate, and he is taking 10.1 at-bats per home run.

The Mets are struggling more than the Cardinals right now, so I think that this game is going to be all Cardinals. Vargas has not been good this season, and after allowing eight runs in his last outing, I am not sure if I trust him yet.

On the other side, Wainwright has been as steady as they come over the last few years. I think it is close to a given that you should stack your money on the Cardinals against a pitcher that is susceptible to those outings that are very rough.

The runline is at 1.5 and the moneyline is at 137, so if you can get those two lines, bet heavy on the Cardinals.