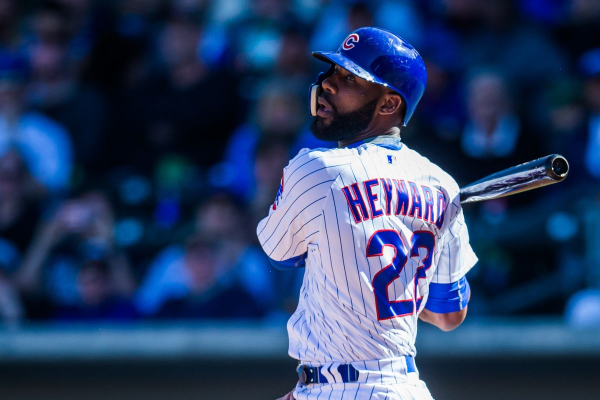 Saturday features game two of a three-game series between the Chicago Cubs (12-12) and Arizona Diamondbacks (16-11) from Chase Field in Arizona. In game one, the Diamondbacks were able to come out on top thanks to a strong start by Robbie Ray (5 innings, 5 hits, 3 earned runs and 7 strikeouts) and an offensive explosion that featured 11 hits, 6 walks and 8 runs. For the Cubs, Kyle Hendricks was roughed up, pitching 5 innings, giving up 10 hits, a walk, 7 earned runs while striking out 3.

The moneyline for Saturday’s game is set at the Chicago Cubs -115 and the Arizona Diamondbacks +105. The over/under for runs scored is set at 9.5.

In what is expected to be a tough NL Central this year, with the Cubs, Brewers and Cardinals all expected to be competitive, Chicago has to hope they can right the ship sooner than later to try to avoid digging themselves into a hole.

Also trying to right the ship on Saturday will be Yu Darvish. Unfortunately, Darvish has just not looked like the pitcher that he once was with the Texas Rangers and after signing a big contract with the Cubs, and Chicago really needs him to turn it around both physically and mentally. On the season, he is 1-3 with a 5.96 ERA, 1.72 WHIP and opponents are hitting .256 against him. In 22.2 innings, he has allowed 21 hits, 15 earned runs, 6 home runs and has walked 18 while striking out 25.

One person who definitely does not have that ratio for strikeouts to walks is Javier Baez. The free-swinging infielder has 28 strikeouts versus just 5 walks, but he is also hitting a robust .320/.353/.649 with 8 home runs, 21 runs batted in and 20 runs scored. He currently leads the Cubs in all three of those stat categories.

Not too many people would have expected this type of a start to the season for Arizona, but they are definitely taking advantage of their opponents and racking up wins early in the season. At 16-11, they are currently tied for first in the NL West with the Los Angeles Dodgers.

Trying to keep the momentum going on Saturday will be Zack Godley. On the season, Godley is 1-1 with a 6.67 ERA, 1.59 WHIP and opponents are hitting .276 against him. In 27 innings, he has allowed 29 hits, 20 earned runs, 4 home runs and has struck out 22 versus 14 walks. In his last outing, a 12-4 win over the Pirates, Goldey was bailed out by his offense after allowing 7 hits and 4 earned runs in just 4 innings. He also walked 4 in that contest while striking out just 2.

Offensively, Christian Walker has burst onto the scene this year. In 85 at-bats, Walker is hitting .341/.398/.694 with 7 home runs, 15 runs batted in and 14 runs scored. He could stand to be a bit more patient at the plate (27 strikeouts versus just 8 walks), but the Diamondbacks have to be thrilled with his production thus far.

They also have to be thrilled with the play of Adam Jones. The veteran outfielder seemed like an afterthought from his days in Baltimore, but this season he is hitting .302/.368/.542 with 5 home runs, 16 runs batted in and 11 runs scored. Throw in players like David Peralta and Eduardo Escobar, and this is a team that can find ways to put up runs in a hurry.

Arizona Makes It Six In A Row

Frankly, I don’t like the pitching matchup for either side in this one. Both Darvish and Godley have struggled this season, and the bullpens have certainly had their highs and lows.

While both of these teams have struggled on the mound at times, they can both certainly score runs. The Cubs currently rank 4th in runs scored per game (5.43) while the Diamondbacks rank 6th (5.42). With no dominant pitcher on the mound, I have to go with the hotter of the two teams right now, and that is the Diamondbacks.

After they traded Paul Goldschmidt over the offseason, many thought this would be a rebuilding year, but all they have done thus far is win. I expect that to continue Saturday, which is why, for my money, I am taking them at +105. If you are looking to bet the over/under, I am all about the over in this one. Both of these pitchers have struggled to keep runs off the board, and I could see the 9.5 easily being surpassed.