Major League Baseball News and Notes at the All Star Break 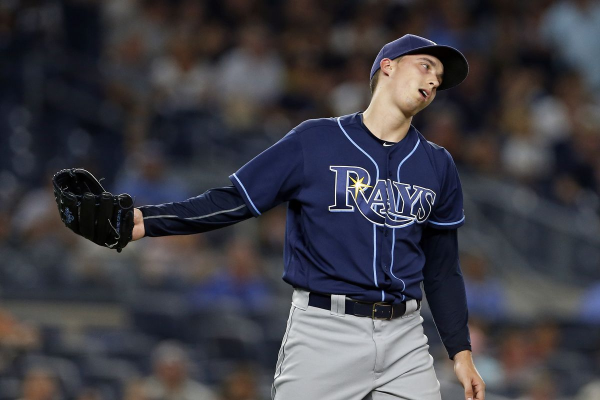 Despite plenty of rumors, trade season still hasn’t picked up just yet. However, there is still a lot going on in the baseball world. Let’s take a closer look at some of the top stories of the past week.

You Just Got Snubbed

All-Star rosters were announced this past week, and naturally, most of the attention was focused on the players not selected. Rays starter Blake Snell was by far the biggest snub of the bunch. Of course, as is usually the case, a whole slew of players dropped out due to injury or other reasons, allowing room for Snell, not to mention a few players who most would view as borderline all-stars. Nevertheless, the Midsummer is this Tuesday at Nationals Park.

One would think having the second-most wins in baseball would make everyone in Houston happy. But that was not the case with closer Ken Giles. After giving up three straight hits in a non-save situation, Giles was pulled from a game this week by manager A.J. Hinch.As he walked off the mound, Giles appeared to cuss out Hinch, and in a crazy coincidence, was optioned to triple-A the very next day. The Astros claimed it was performance related, which is fair given Giles’ 4.99 ERA this season. But the timing is too coincidental to believe.

In the past week, the Seattle Mariners have placed their two most recognizable starting pitchers on the DL. Felix Hernandez went on the DL early in the week with lower back stiffness. King Felix is not so regal anymore, posting a 5.13 ERA. But having him around is still important for the Mariners. Meanwhile, ace James Paxton went to the DL on Friday with lower back inflammation. Paxton couldn’t get through the first inning of his start Thursday night before the injury forced his early exit. The Mariners are crossing their fingers that Paxton doesn’t miss too much time.

Another One Bites the Dust

If it weren’t for bad luck, the Angels would have no luck at all. Earlier this week, the Halos found out that Garrett Richards will require Tommy John surgery and miss the rest of the season. Richards avoided Tommy John a couple years ago by trying an alternative treatment, but he couldn’t avoid it this time around. He becomes the fifth Angels pitcher to get Tommy John this year. Keep in mind that ShoheiOhtani could still be the sixth. Also, the Angels still have over a dozen players on the DL, ruining any chance they might have had of pushing for a postseason spot in the second half of the season.

Friday evening, Chase Utley announced that he plans to retire after the season. The 39-year old has been in the big leagues since 2003, spending more than a decade with the Phillies before being traded to the Dodgers in 2015. He actually signed a two-year deal with the Dodgers back in February, but he’s decided to hang it up after this year rather than play in 2019. His numbers have dropped dramatically this season, as he’s hitting just .231 with only one home run. He hit 14 long balls in 2016 and eight last year, so it’s clear to him and everyone else that he doesn’t have it anymore.

Speaking of the Dodgers, they have climbed all the way back after such a poor start to the season. The Dodgers are currently alone in first place in the NL West, reaching that milestone for the first time this week. Granted, they are just half a game ahead of the Diamondbacks, but the fact that Los Angeles is back on top before the all-star break is a sign that the Dodgers are ready to push for their sixth straight division title.

What do you know, the Boston Red Sox are the hottest team in baseball yet again. Before Friday’s loss to the Blue Jays, the Red Sox had whipped up another ho-hum 10-game winning streak. Losing Christian Vazquez and Rafael Devers to the DL earlier in the week did little to stop their momentum. Boston is now 36 games over .500 and has increased their lead over the Yankees to 3.5 games, which is a fairly sizable lead considering how tight these two teams have been all season.