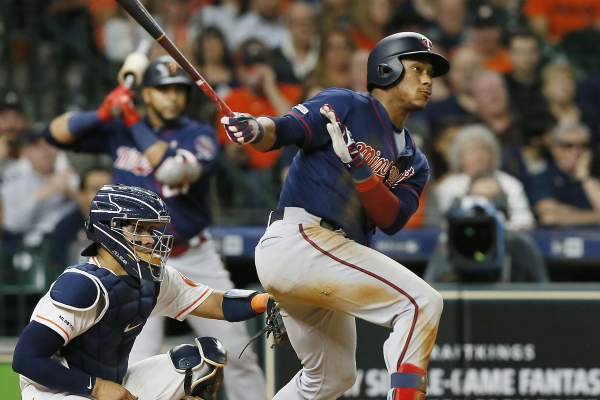 Monday night features a matchup of AL West versus AL Central when the Los Angeles Angels (19-21) travel to Target Field to take on the Minnesota Twins (25-14). For the Angels, being under .500 at the quarter mark of the season, they come into this one having won four of their last six. Over the weekend, they took the first two games of a three-game series against the Orioles before dropping Sunday’s finale 5-1.

For the Twins, they have been surprising hot, holding a four-game lead in the AL Central over the Cleveland Indians. They have won six of their last eight, but split a four-game series with the Detroit Tigers over the weekend, including a 5-3 loss on Sunday.

The moneyline for Monday’s game is set at the Los Angeles Angels +134 and the Minnesota Twins -144. The over/under for runs scored is set at 9.

Offensively, Minnesota has gotten off to a really nice start. They currently rank fourth in the majors in runs per game at 5.34. Despite that, they have been better on the road as they are currently averaging 4.68 at Target Field. For the Angels, they rank 12th, averaging 4.97 runs per game (4.24 on the road).

At 19-21, the Angels currently sit second in the AL West; however, that second place puts them 6.5 games back of the Houston Astros. If they have any hope of contending, they need to get a win streak going sooner than later. To do so, they will send Tyler Skaggs to the mound.

Offensively, it always starts with Mike Trout when talking about the Angels. On the season, he is hitting .283/.460/.575 with nine home runs, 25 runs batted in and 27 runs scored. Amazingly he has significantly more walks (37) than strikeouts (23).

The big thing for the Angels is getting someone to protect him in the lineup. To that end, the Angels did welcome back Shohei Ohtani to the lineup recently. Despite getting the day off Sunday, he has been in at designated hitter for the Angels and should hopefully eventually give them a boost. While he has started slow after recovering from Tommy John surgery, he should hopefully round into form soon.

Like in years past, many anticipated that this would be the Cleveland Indians’ division to lose, but thus far, it has been all about how well Minnesota has stormed out of the gates to try to take it. While their staff as a whole has been solid, Jose Berrios has been especially impressive.

Offensively, the Twins are getting production from all over the field, but one of the most pleasant surprises has been the play of shortstop Jorge Polanco. On the season, he is hitting .324/.393/.607 with seven home runs, three triples, 12 doubles, 17 runs batted in and 22 runs scored.

Additionally, Byron Buxton has gotten off to a nice start, hitting .276/.333/.483 with 17 doubles, 13 runs batted in and 20 runs scored. One area of concern, though, is around Nelson Cruz. He was removed from Sunday’s game due to a wrist injury and is set to have an MRI on Monday; thus, don’t anticipate him in the lineup for this one.

It is just hard to bet against the Twins at this point, especially when a) they have had one of the best offenses in the game, b) they are playing at home where they are 13-7, and c) they have their ace in Jose Berrios on the mound. Don’t get me wrong, any time a team with Mike Trout is on the field, that team will always have a chance, but I think the better and safer bet is on the Twins for this one. For my money, I am taking Minnesota at -144.