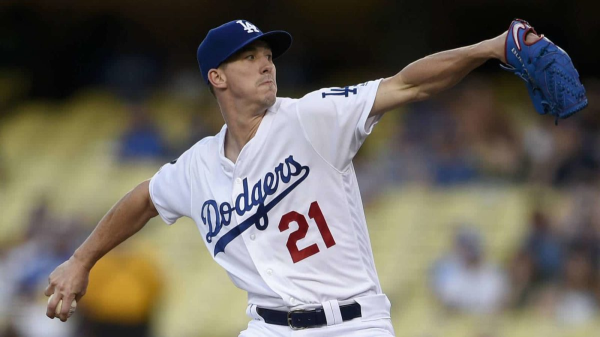 When the Dodgers begin their pursuit of a World Series Championship against the Nationals Thursday night, they won’t be giving the ball to this year’s potential Cy Young Award winner, nor the best pitcher in baseball over the past 15 years. Instead, second-year right-hander Walker Buehler will start Game 1 of the National League Division Series.

Selecting Buehler to start October baseball puts a lot of pressure on a young man who’s starting for a franchise that’s often had great teams and still failed to reach World Series glory. Letting Game 1 of the NLDS slip would only add to that pressure for the entirety of the club.

Yet Dodgers manager Dave Roberts said that Buehler is the correct decision as it gives Los Angeles the ability to send him out for a potential Game 5, and that, “All three of those guys (Kershaw, Ryu, and Buehler) are on board with the decision that we made.”

So, the stage is set. The Dodgers will send out 25-year-old Walker Buehler (14-4, 3.26 ERA) to face Nationals left-hander Patrick Corbin (14-7, 3.25 ERA) after both Max Scherzer and Stephen Strasburg were used in the NL Wild Card Game.

It’s a bold decision to start Buehler over Kershaw and Ryu, but is it the right one?

The Dodgers have three guys who, as Roberts said, all deserve the chance to start Game 1 of the NLDS. That’s a good problem to have, seeing as how this isn’t a one-game series.

However, is it the right decision? Let’s take a closer look at all three arms.

Kershaw, who’s projected to start Game 2, has been the best pitcher of his generation, and he’s earned a record of 16-5 with a 3.03 ERA this year. Although he’s racked up the most wins among Dodgers pitchers, Kershaw has allowed the most home runs (28) and walks (41) among the starting trio.

The final member of the Dodgers trio is Buehler, who leads the other two when it comes to total strikeouts (215) and strikeouts per nine innings (10.6).

Dodgers vs. Nationals: By the Odds

It’s time for the 106-56 Dodgers to host the 93-69 Nationals in Game 1 of the NLDS in a series that will feature MVP candidates Cody Bellinger and Anthony Rendon, and the trio of Kershaw, Ryu, and Buehler versus the trio of Scherzer, Strasburg, and Corbin.

For Game 1 alone, the moneyline is set at -175 for the Dodgers to come out on top, while it’s set at +150 for the Nationals to start the series off with a win. By those numbers, Buehler appears to be a favorable selection to start.

To win the NLDS, the moneyline is set at Dodgers -210, or +173 for the underdog Nationals.

Coming into the series, the Dodgers are the favorite to win the National League with -120 odds. Washington follows behind Atlanta (+360) but has jumped ahead of St. Louis (+540) with odds of +470.

With Kershaw and Ryu projected to start the second and third contests of this series, a Game 1 victory for Buehler would certainly put Los Angeles in the driver’s seat. A loss, however, would add a load of pressure to a club with postseason disaster all over its recent history.