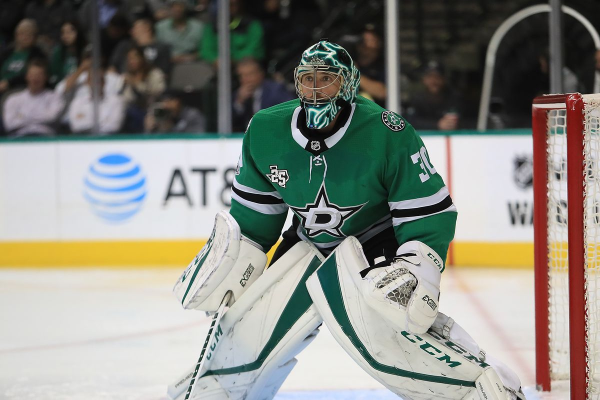 A critical Game 5 is up ahead, as the series heads back to Nashville tied at two games apiece. The Predators stumbled in Game 4 but now have a chance to get revenge and take control of the series.

The Stars have played them tough and earned wins in Games 1 and 4. Their defensive style of play will make this game very tough for both sides. The Stars jumped out to a 4-0 lead in Game 4, going on to eventually win 5-1. Roope Hintz was the first star of the game, scoring two goals. Alex Radulov, Andrew Cogliano, and Mats Zuccarello also scored for Dallas, while John Klingberg had three assists.

Nashville ended up winning the shot battle 35-29, but it didn’t matter a whole lot, with Dallas converting half of their eight shot attempts against Pekka Rinne into goals before the Preds took Rinne out. Ben Bishop was also sensational, making 34 saves.

Although the series is tied at two wins apiece, you can make the case that the Stars have been the better team in all four games. One thing that Dallas improved last game was their power play. Before the Game 4 outburst, the Stars had converted just once on the power play. Their success with the extra attacker will dictate the rest of their games against Nashville.

Once again, Ben Bishop will be relied on as well. After another impressive performance in Game 4, Bishop is second among starting playoff goalies with a .942 save percentage and third with a 1.98 goals-against average. He has picked up the slack when Dallas’ offense was fairly quiet in the first three games, and if the offense is quiet once again, Bishop will need to continue his stellar play.

Four games in and the Predators have failed to score more than two goals in a game. A big reason for that is the production, or lack thereof, of Nashville’s first line. Filip Forsberg, Ryan Johansen and Viktor Arvidsson have combined for just two points over the four games. Credit certainly goes to Dallas’ line of Andrew Cogliano, Radek Faksa and Blake Comeau for shutting them down, but those three must turn on the scoring and fast.

In addition, the level that Nashville has been outplayed on special teams is pretty significant. Their league-worst power play continues to suffer and so far is 0-for-10 in the series. And while the penalty kill was sharp at first, they allowed three power-play goals in six chances last game. With those factors, as well as 22 penalties taken in the series, lots of pressure is on Nashville tonight to clean up their act.

There has been no clear home-ice advantage in this series, with the teams each splitting the two games in both cities.