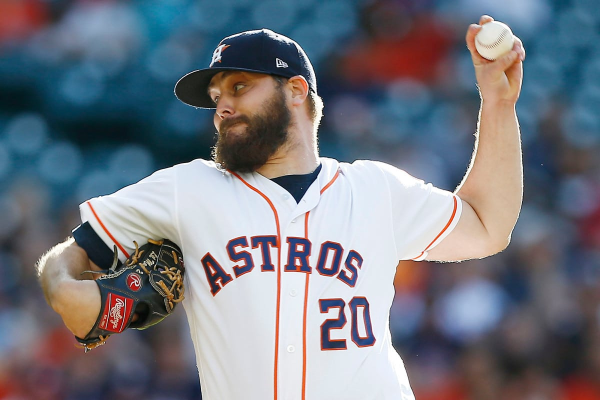 Friday night will feature two of the best as the defending champion Boston Red Sox (27-23) travel to Minute Maid Park to take on the 2017 champion Houston Astros (33-18). Despite sitting third in their division, the Red Sox are still one of the best teams in the American League. After getting off to an extremely slow start, they have gone 14-6 in their last 20 games, including taking three of four from the Blue Jays.

For the Astros, one of the hottest teams in baseball over the last month, they all of a sudden seem a little vulnerable. With players like Jose Altuve and George Springer still out, the Astros have dropped two games in a row at home, splitting a four-game series with the Chicago White Sox. For the Red Sox, Chris Sale (1-5, 4.31 ERA) will take the bump opposed by the Astros’ Wade Miley (4-2, 3.51 ERA). First pitch for this contest is scheduled for 8:10 pm ET.

The moneyline for this one features the Boston Red Sox -135 and the Houston Astros +125. The over/under on runs scored is set at 8.5.

Offensively, the Astros have been the better of the two teams thus far this year. The Astros are averaging 5.40 runs per game, which is good for third in the major leagues. At home, that number is 5.74. For the Red Sox, they come in at sixth overall as they are averaging 5.29 runs per game (5.04 on the road).

Last weekend, in Boston, the Astros were able to come into Fenway and win the series, taking two of three from the Red Sox. Fast forward a week and the Red Sox are hoping to repay the favor. To try to start the series off right, Boston will turn to lefty Chris Sale. On the season, Sale is 1-5 with a 4.31 ERA, 1.08 WHIP and opponents are hitting .215 against him. In 56.1 innings, he has allowed 45 hits, 27 earned runs, nine home runs, and has struck out 83 while walking 16.

Those numbers don’t represent the whole story, though. Sale has pitched much better as of late, and in the last month, he is 1-1 with a 2.16 ERA, 0.78 WHIP and opponents are hitting .148 against him. Needless to say, the Astros will likely be seeing a top-of-his-game Sale as opposed to the one that struggled early in the season.

Most interesting in this matchup is the prior success players have had against Miley. Ten of the Red Sox players are hitting .286 or higher in their careers against Miley and six have homered off of him.

Astros Looking To Get Back In Win Column

After taking the first two games of the series with the White Sox easily, the Astros kind of crumbled on both sides of the ball the last two days, losing the final two games. Now, against a much better team, they will hope to get back into the win column. To do so, they will turn to the quick-working lefty, Wade Miley.

Offensively, the Astros definitely miss both George Springer and Jose Altuve. Both are expected back sooner than later, but both have missed several days of games. Still, the Astros lineup is pretty stacked, and the likes of Alex Bregman, Carlos Correa and Michael Brantley keep them in most games. Against Sale, Carlos Correa has probably had the most success during the regular season, going 4 for 16 with a home run and four runs batted in.

From a pitching standpoint, I expect similar results (except the walks). I think both will keep their teams in it, although each may give up a couple of runs. Still, this one comes down to how they have been playing as of late.

The Astros have looked a bit lost over the last couple days, especially getting shutout by the White Sox on Thursday. They certainly have the firepower to come out of this funk at any moment, but until they do, I have to put my money on the Red Sox at -135.