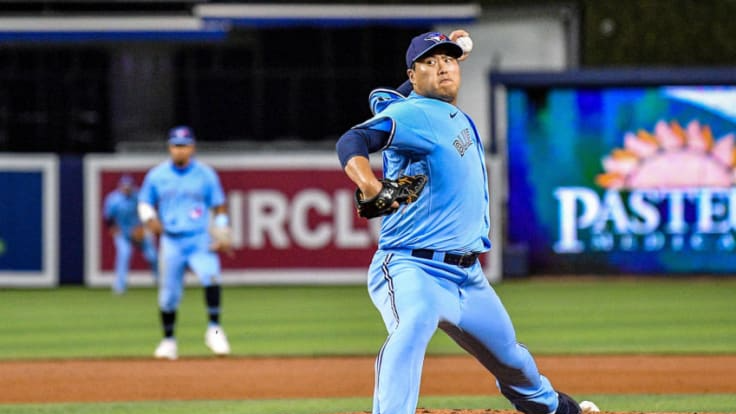 Mondays are often a little lighter MLB betting schedules than normal for MLB so Tuesdays are great for baseball bettors. Tuesdays generally offer a full slate of action and maybe some advantages from rested bullpens and the like. Let's take a look at a few games and give you some ammunition to work with to make some early week profit.

Boston just split a four-game series against Toronto. They were hit pretty hard with the exception of last night’s win, which was a 2-1 final. This Boston team can hit but on the mound, they are very light. Eduardo Rodriguez has been a tale of two seasons so far. Over his last six starts, he is 0-4 with an ERA over 8. After getting roughed up by the Jays it is hard to like Boston against another strong power-hitting team like Atlanta (the Braves are third in homers).

Atlanta is still struggling and begins the day under .500. I think they are still a strong bet to take the NL East because of their overall depth. New York is not going to be able to stay at the top unless they begin to hit, and the Phillies are not better than the Braves. Atlanta is offering up Tucker Davidson, a lefty who made his MLB debut last season. In just three starts he has looked really good for the Braves this season, posting a 1.53 ERA.

I am liking the Braves lefty to have continued success in this one and pick up his first win of the season. Boston has to make a call to give up a bat on the road as there will be no DH in a National League park. That reduces the strength of their lineup, especially if they decide to not play JD Martinez, who is their #3 hitter. I know they are 20-10 on the road this season. Unfamiliarity with Davidson is the key. Blue Jays rookie Alek Manoah just held them to one run over six innings last night. Not knowing what to expect is a huge advantage.

The Yankees were off yesterday after dropping both games to Philadelphia over the weekend, including getting shut out by Aaron Nola on Sunday. It is still astounding the way this team struggles to score. They are averaging less than four runs per game, and things might get even worse because OF Aaron Judge has been suffering from back spasms. He has been their best hitter by far this season. Lefty Jordan Montgomery is far from elite, but the Yankees have won a lot with him on the hill. They are 9-3 in his starts, including a win over the Jays. He has been keeping the ball in the park, which will be critical against Toronto.

Toronto has to be a little disappointed to have only gotten a split with Boston in their most recent series. One guy who almost never disappoints is 1B Vlad Guerrero Jr. He homered in all four games at Fenway Park and leads the Majors in homers, RBIs, and OPS. Toronto has a lethal lineup, especially against lefty pitching. Hyun-Jin Ryu has lost his last two starts, the first time he has lost back to back this season. Taking on the Astros and the White Sox means he was facing two of the best lineups in the league though. Ryu has faced the Yankees just once this season, on Opening Day. He was very sharp and led the team to a win.

This is the fourth series between these teams who are neck and neck in the American League East. In each of the previous series, the Jays prevailed, winning two of three games. I think they can do that again with this being the first series between them in Buffalo. Ryu gives the Jays an advantage on the mound, and their lineup is better than New York’s too. The key for the Jays is their bullpen. It has been hit hard all month. I am betting on the offense taking them out of the equation. If it is tied late, that favors New York.

Texas was off yesterday. They lost two of three to the Dodgers over the weekend, which is not much of a surprise other than they somehow ripped Trevor Bauer for six runs on Saturday. Good offense has been rare for this team. Rookie OF Adolis Garcia has cooled. He still leads the team in homers and RBIs but has not gone yard since May 26. On the mound, Kyle Gibson has been amazing for Texas. There is no explanation for it though. He is 4-0 and his ERA is a scant 2.13. He is not dominating with his stuff so you have to think that there is some regression coming.

Houston is first in the league in scoring, batting average, and OPS. OF Kyle Tucker is leading the team in homers, but a lot of the damage is coming from the usual suspects – 2B Jose Altuve, SS Carlos Correa, 3B Alex Bregman and especially 1B Yuli Gurriel. As long as this team is hitting as they have been, they will push the A’s in the AL West. Lance McCullers has not pitched since May 22, but prior to missing some time he was the same pitcher he has always been. He can dominate but walks get him in trouble. His last two starts were actually against the Rangers. At home, he pitched 6 scoreless innings against Texas.

From here on out I am going to be fading Kyle Gibson. I just don’t believe he can sustain his current level. I am a little nervous about McCullers coming off the injured list and the money line premium is way too high. The total is the way to play the fade with Gibson here. I can see the Astros getting to him for about a run an inning. Houston is going over at home 57% of the time, and their average game is seeing more than 9 runs being scored. With the number at just 8.5 that looks like a great value.