Around the Diamond for Major League Baseball Betting News 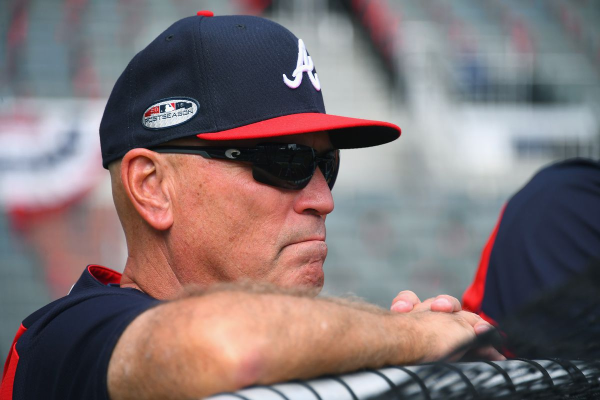 The baseball playoffs rage on, as we get closer and closer to finding out who will be playing in this year’s World Series. However, there’s plenty of stuff going on in the baseball world that you may have missed. Let’s try to catch up on everything baseball-related from the past week.

The NLCS is tied at two games apiece after the Dodgers won a marathon Game 4 Tuesday night in Los Angeles. Cody Bellinger finally delivered the game-winning hit in the 13th inning to give the Dodgers a 2-1 win. That sets up a critical Game 5 on Wednesday in which Milwaukee’s vaunted bullpen could be a little tired. On the other side of the coin, the Dodgers have scored just two runs in the last 22 innings, so their offense isn’t exactly clicking after getting shutout in Game 3 and scoring twice in 13 innings in Game 4.

The Boston Red Sox are definitely in control of the ALCS after winning Game 3 to take a 2-1 series lead despite losing Game 1. Jackie Bradley has played the role of unlikely hero with a 3-run double in Game 2 and a grand slam in Game 3 to help break things open for the Red Sox. The Astros are now under a little pressure to win the next two games at home; otherwise, they’ll have to win both Games 6 and 7 back in Boston.

Stealing some of the headlines after Game 4 of the NLCS was Manny Machado, but not for any good reasons. While running out a routine groundout, Machado clipped the heels of Brewers first baseman Jesus Aguilar. Aguilar and his teammates took exception, thinking that Machado had done it on purpose, which appeared to be the case on replay. Both benches cleared although things eventually calmed down. The Brewers, nevertheless, remained upset about it after the game, with Christian Yelich referring to Machado as a “dirty player,” adding an interesting subplot to the series.

One minor question mark facing the Red Sox ahead of Thursday’s Game 5 is whether Chris Sale will be able to start. Sale spent Sunday night in the hospital with what the team called a stomach illness. Sale started Game 1 on Saturday and fell ill soon after, going to the hospital on Sunday morning. He was back with the team on Tuesday, but whether he can pitch on Thursday remains a little up in the air. Odds are, he’ll fight it out, although it’s not every day that someone has to spend a night in the hospital for a tummy ache.

Just a couple days after their season ended, the Yankees announced that shortstop DidiGregorius will undergo Tommy John surgery. Gregorius apparently did damage to his UCL in Game 1 of the ALDS but pushed through for the rest of the series. At the moment, the Yankees appear confident that they’ll have Gregorius back for the second half of next season. However, that would mean his recovery would be on schedule with no setbacks. Also, with Gregorius only having one year of arbitration left, they might consider non-tendering him, especially with Manny Machado available on the free agent market. Gleyber Torres could also slide over to his natural position next season.

Veteran reliever BradZiegler announced this past week that he’s retiring. The announcement was made on his 39th birthday. It took a while for Ziegler to get to the big leagues, not breaking through until he was 28. However, he quickly became one of the more steady late-game relievers, posting a career ERA of 2.75. Had he wanted to continue pitching, he surely would have found a team willing to sign him.

The Washington Nationals got a head start on giving their bullpen a makeover. The Nats acquired Kyle Barraclough in a trade with the Marlins this week, sending Miami international slot money. Barraclough had a somewhat down year in 2018 but was excellent in 2016 and 2017. He also has three years of arbitration left before free agency, so he could be a key part of Washington’s bullpen for a few years. The Marlines, meanwhile, seem to be collecting international money with the hopes of pursuing Cuban prospects Victor Victor Mesa and his brother Victor Mesa Jr.

After reaching the postseason a little ahead of schedule, the Braves have rewarded manager Brian Snitker with a contract extension. Snitker was given a two-year extension with a team option for the 2021 season. He originally took the reigns as an interim manager in May 2016, but Snitker has done an outstanding job since then and is well-deserving of this extension that will ensure he continues to manage one of the youngest and most exciting teams in baseball.