Tiger Woods Practices at Augusta: Will He Win a 2022 Major? 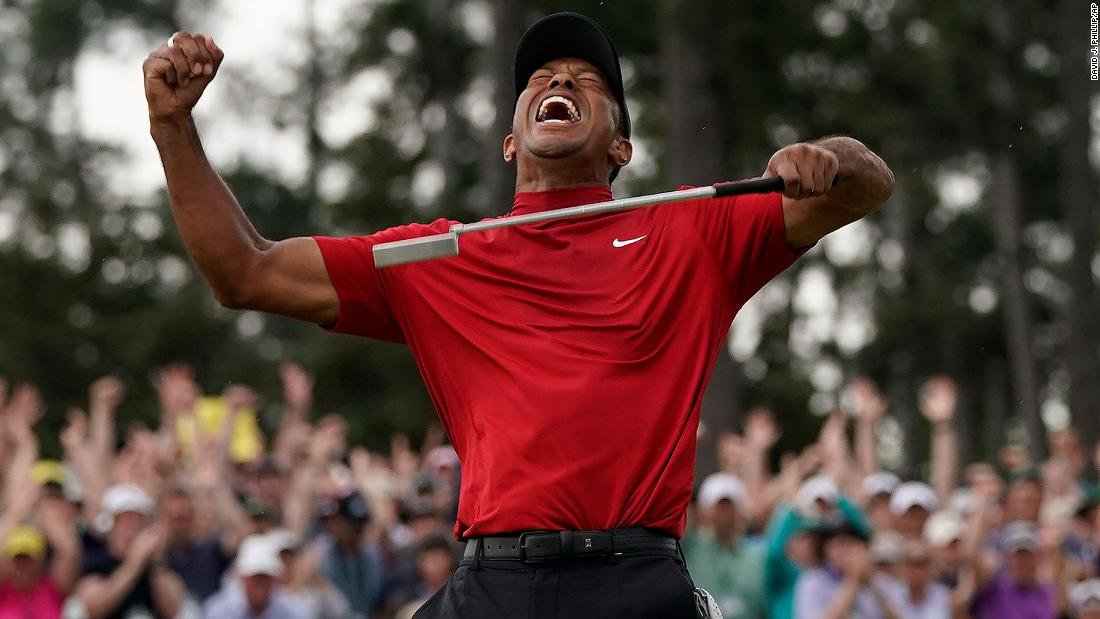 The first golf major of 2022 is around the corner, as The Masters will take place from April 7-10 at Augusta National. As is always the case, there is plenty to look forward to for this year’s tournament, whether you are a fan or a bettor. But will one of those things be the presence of Tiger Woods?

Speculation is hot about the possibility of Woods teeing it up at Augusta next week after the five-time Masters winner and 15-time major champion had a practice round on Tuesday at the famed course with his son Charlie and Justin Thomas (who is one of the tournament favorites, coming in at +1200 at FanDuel Sportsbook).

Strangely, even though the tournament is just days away, it feels like a little too soon to jump to too many conclusions about what his practice round means, given how long it has been since we have seen him at an official event.

But given how close it is to the tournament, it’s only logical to assume that there is more than a decent chance that we see Tiger tee it up next Thursday, especially when he was already included on the tournament’s provisional players list last week.

Woods hasn’t played in an official event since a 38th-place finish at Augusta in 2020, when The Masters was held in November due to the pandemic. On February 23 of last year, he was involved in a serious car accident, in which he suffered multiple leg injuries and sparked fears that he would never play competitive golf again.

However, he was on the course in December for the PNC Championship with Charlie, with the Team Woods duo memorably finishing second behind Team Daly (John Daly and his son John II).

Despite that, a return for this year’s tournament would generate a lot of betting interest, if for no other reason than the fact that he’s Tiger Woods and has made multiple memorable comebacks already.

Odds to Win the 2022 Masters Tournament

The odds are certainly against Tiger to win a major in 2022. Along with his injury history and long layoff from competitive golf, he is now 46.

That said, if there is anyone that you would not bet against, whether in golf or any other sport for that matter, he is at the top of the list.

When he won at Augusta three years ago, he did so after not winning a major for almost 11 years and when few expected him to ever break that drought. When he played at the PNC Championship with his son, it was an amazing sight, given the injuries he had suffered in his car accident nine months prior and how much concern there was afterward.

As it is, that he appears set to play competitively again, whether next week or sometime in the near future, is an achievement in itself. His body has not been overly kind to him for almost a decade and a half, yet he has bounced back after setback after setback in that period. So, while that -1600 might seem sensible, there is no value and good sense in putting any of your golf betting bankroll behind it.

Now, should you back him to win at Augusta or at any of this year’s majors? At the odds that are available at any of our recommended sportsbooks, it is a low-risk move to throw even just a few bucks behind him to win. He may well not win, but even if he doesn’t make a triumphant return to action, his return to competition will be a win for the fans, bettors, and the sport.

The 2022 Formula 1 season is only six races deep, but the race for this season’s championship alerady appears to be down to just two drivers. Last season, Red Bull driver Max Verstappen claimed his first Formula 1 World Drivers’ Championship in highly controversial circumstances, with Lewis Hamilton denied what would have been a record-breaking END_OF_DOCUMENT_TOKEN_TO_BE_REPLACED