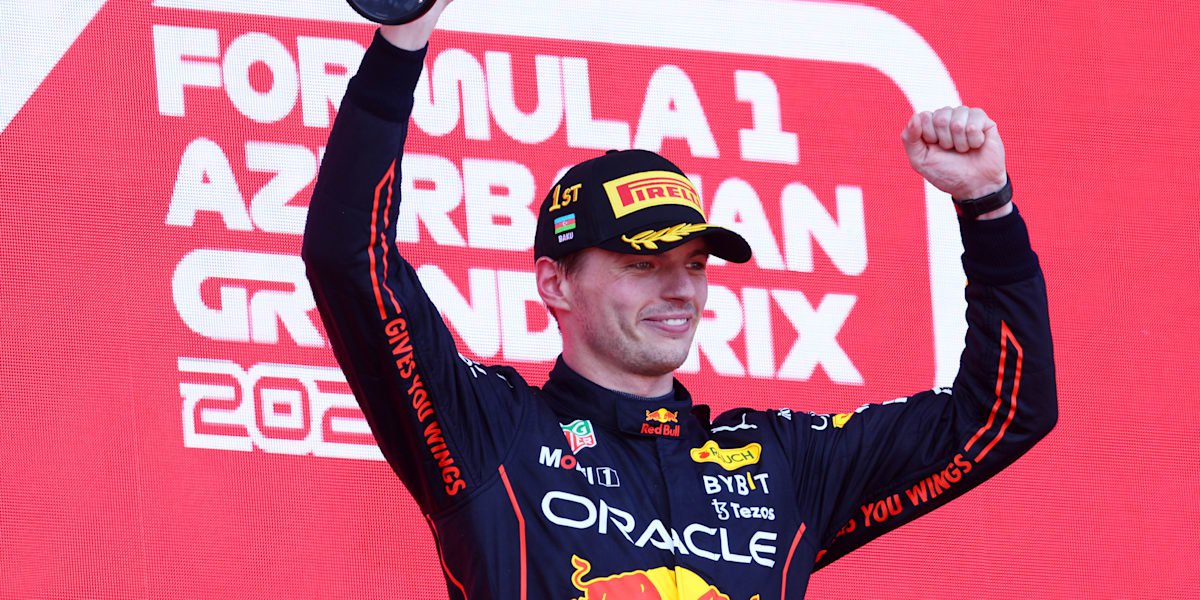 Early on in the 2022 Formula 1 season, it looked like we could be in for an epic battle to the end between Max Verstappen and Charles Leclerc.

We may well still get that battle, but after another win for Verstappen and another DNF for Leclerc, things are trending way up for the defending champion and way down for the challenger from Ferrari.

After seeing his three-race win streak come to an end at the Monaco Grand Prix two weeks ago, Verstappen got back to winning ways on Sunday at the Azerbaijan Grand Prix in Baku.

For the fourth straight race and the sixth time in eight race weekends in 2022, Leclerc started on pole. But since making the most of his starting position in Bahrain and Australia earlier this season, he has not won.

And to add insult to injury, as was the case at the Spanish Grand Prix, Leclerc’s race ended early, while Verstappen went on to win comfortably. This time, it was an engine failure on lap 20 that doomed him.

Verstappen, meanwhile, went on to finish almost 21 seconds ahead of Red Bull teammate Sergio Perez, with George Russell of Mercedes finishing third to pick up his third podium of the season.

After sitting atop the World Drivers’ Championship standings entering the Spanish Grand Prix, Leclerc is now in third, 34 points behind Verstappen and 13 behind Perez, who now sits in second.

With Verstappen on top and now building a cushion over the suddenly luckless Leclerc, his odds to retain the title continue to shorten. Here’s a look at the latest Formula 1 drivers’ championship odds, courtesy of FanDuel.

Perez has finished second, first, and second in the last three races, and his odds have shifted to +1300. But anyone thinking of backing him at those odds or any odds would be better served backing someone who actually has a chance to win the championship, barring something unlikely.

Unfortunately, that is the nature of Formula 1, because Perez will not sniff the title with Verstappen as Red Bull’s lead driver and championship aspirant.

With so many races remaining, a lot can happen yet. Just like luck has apparently abandoned Leclerc after a promising start to the season, things could start going his way again. But two DNFs in three races is highly concerning, especially given the reasons why they occurred.

But if someone is going to legitimately make Verstappen have to work for back-to-back titles, it will be Leclerc and no one else.

Mathematically speaking, the deficits that Russell and Hamilton face can be hauled down in a handful of races if things fall the right way.

It looks like a long shot that Mercedes will be a factor in the title race this year, unless their engineers somehow work the magic necessary to Russell and Hamilton’s cars capable of challenging for race wins this year.

With both Ferrari drivers failing to finish in Azerbaijan and the two Red Bull men finishing first and second, Red Bull has opened a little gap in the constructors’ standings ahead of next weekend’s Canadian Grand Prix in Montreal.

The next twists and turns will come next Sunday at the Canadian Grand Prix, which will be held for the first time since 2019. Hamilton (seven), Vettel (twice), Alonso (once), and Ricciardo (once) are the active drivers with Canadian GP wins, and based on this year’s results to date, a first-time winner will likely be celebrating next Sunday, whether it is Verstappen, Perez, Leclerc, or Sainz.

Tonight, two pitchers whose records could use a little polishing match up as the St. Louis Cardinals welcome the Miami Marlins to Busch Stadium to open a three-game series. Cardinals hurler Adam Wainwright has not picked up a win since May 20, while Pablo Lopez’s win in his most recent start last week was his END_OF_DOCUMENT_TOKEN_TO_BE_REPLACED