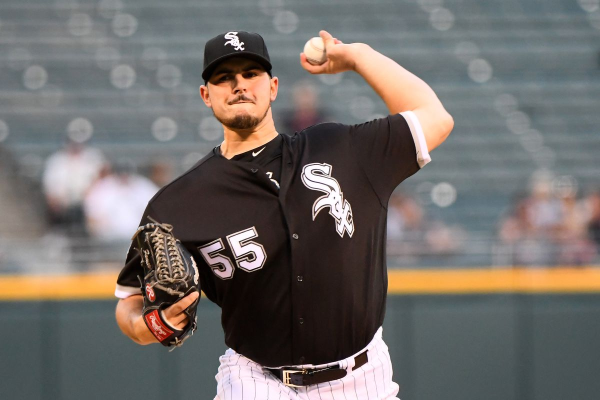 A spring Sunday full of sporting action is in front of us and MLB is a staple of Sunday afternoons throughout this time of year. This slate has a little bit for everyone and I love when there are options all over the place. We will talk about the main slate on most site that include the early games before the west coast games begin around 4:00 EST.

Max Scherzer is the class of the slate because he has been the best pitcher in baseball for a few years now. Scherzer is really cheap on DraftKings relative to what we normally see from top arms, but his matchup is not ideal. Nationals Park is a nice upgrade for the Pirates hitters that do not strike out very much. That being said, we saw Patrick Corbin strike out 11 Pirates in 7 innings just two days ago. Scherzer is safe and has elite upside every time he steps on the mound, but I think I like a few options at different levels more.

I have a feeling that JoseBerrios will be underowned on this slate and if that is the case, I want to play more Berrios than the field. The Tigers offense has a few solid hitters, but they don’t scare me at all.  Berrios is an elite talent with elite upside in this spot.

Masahiro Tanaka is shaping up to be one of my highest owned pitchers on the slate because of his matchup. The White Sox are a good right-handed team, but Tanaka is much better against righties and the White Sox swing and miss a ton. In his one start against Chicago last season, Tanaka posted a swinging strike rate over 16%, which shows the strikeout upside is very much here.

Vince Velasquez is too expensive on DraftKings for my taste, but he is WAY too cheap on FanDuel at $6.5K. I expect Velasquez to be basically off of his pitch count after throwing 80 pitches in his first start and a start vs. the Marlins in Miami is about as good as it could get for a starting pitcher.

Trevor Cahill is a fantastic play if the weather holds. Right now the wind is looking to be 20 MPH into the batters and that is fantastic for Cahill. We still do not have a line on this game as the books are likely concerned about this wind, but riding this wind game with a solid pitcher in Cahill is very reasonable at a mid-range price on both sites.

MarcusStroman is just a really talented pitcher and he is not getting the respect he deserves. The issue that Stroman has run into is that he has always been a ground ball pitcher. The launch angle revolution in baseball has really hurt these pitchers and they have had to adapt. I think that Stroman has adapted drastically and it shows in his stats. Last year, Stroman posted a 9% swinging strike rate compared to this season’s 11.2% early on. Now, that may seem like a small sample size issue, but Stroman has completely revamped his pitch mix. He has gone from throwing his sinker 44% last season to 31% this season and he is throwing his slider 40% compared to last season’s 22%. The slider is the best pitch in baseball for getting strikeouts and this change in pitch mix aligns with Stroman’s new K/9 around 9. I think its only a matter of time before everyone realizes that Stroman is a different pitcher now.

The Red Sox are likely to see what amounts to a bullpen game and I think the Red Sox are one of the best teams in this situation. I love the Red Sox today, but I do caution that sometimes bullpen games can yield a lot of boom or bust potential depending on the start of the game. We want the Red Sox to get to Means and then see the gas cans in the bullpen because the game is basically over in the third inning.

Carlos Rodon is talented, but he has walk problems. The Yankees are top 5 in walk rate this season and they were second last season. I had a lot of success staking against walk prone guys with patient lineups and I think Rodon’s early success will scare people away.

The best cheap stack on the slate is the BaltimoreOrioles. The Orioles are all really cheap because they are really bad, but there aren’t a ton of good offenses on the slate. David Price is aging and he has struggled in his first two starts. I see nothing in Price’s advanced stats that makes me WANT to target him for any particular reason, but his early struggles that even started in the spring are enough to get me onto some Orioles stacks in tournaments to fit elite pitching.