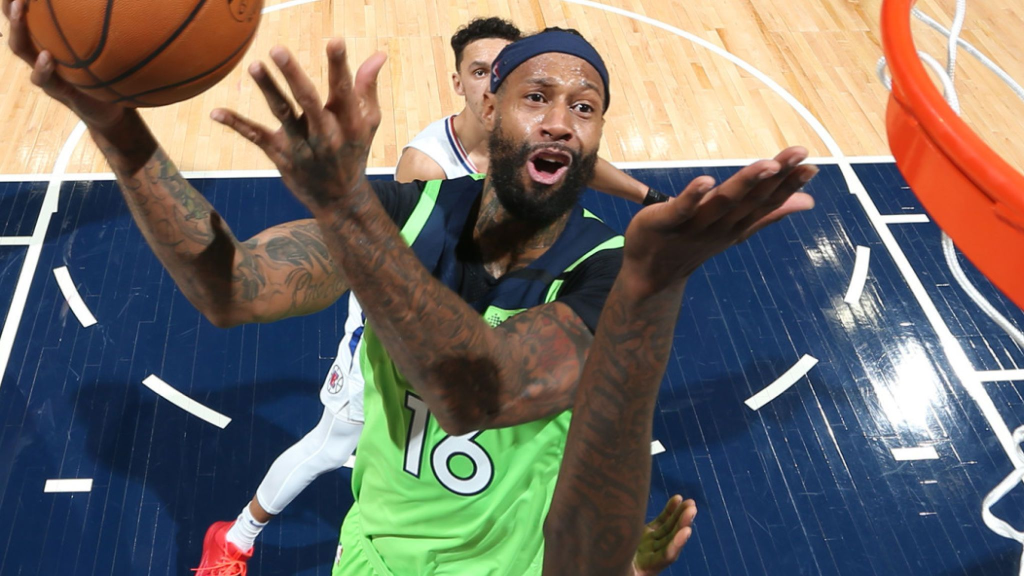 An 11-game NBA slate is on tap for Wednesday night before the All-Star break, and there should be a ton of chaos on this slate. As always, on major slates like this, it is very important to keep up with the news as the day progresses.

There are currently three value plays on the slate that I project for over 25 to 30 percent ownership on DraftKings. I really like taking stands on the chalk in GPPs based on the upside of the players, and I think that this is a great situation to talk about how to attack this strategy on this slate.

James Johnson is currently the chalk on DraftKings, and I think that he is a fine option if you do not get more value as the day progresses. Johnson has been a productive player most of his career when he gets time, and in his first few days in Minnesota, he’s been getting a lot of run.

Last game, Johnson was not great, but he had zero blocks and steals and only had three assists on eight potential assists.

Victor Oladipo is a bad GPP play Wednesday because of the upside and the expected outcomes. Oladipo is limited to 28 minutes, which isn’t a death sentence, but it really is with his current usage.

Oladipo used to end up as the de facto point guard in Indiana, and Malcolm Brogdon has stopped that this season.

Oladipo’s upside is very low for his current price because I find it very hard to imagine a 45-point game that kills you. While he is a fine cash option, if you are chasing a GPP win, I think that other options have the ability to reach a higher upside with a great game.

PJ Washington is my favorite chalk player due to his minutes and playstyle. Since returning from a minor injury, Washington was slightly limited, but he is back to playing monster minutes at a really cheap price tag.

Washington was a $6,000 player at one point this season, and he is in the same situation while playing 36 minutes in his last game. Washington is a great shooter and racks up blocks and steals at times. Washington will have no problem winning you a GPP if he has a productive game.

Back to the Bucks?

I really like going back to the Bucks Wednesday night against Indiana without Giannis due to the birth of his son. The Bucks are phenomenal plays on FanDuel, and they will be owned as such due to their price, but the DraftKings price has talked most off of the Bucks completely.

Without Giannis on the court this season, both Khris Middleton and Eric Bledsoe are almost 1.5-fantasy-point-per-minute scorers. This means that I expect Middleton to score 48 to 52 points, and Bledsoe to be around 45, which is well over most sites’ projections. I expect these two to be low-owned due to a price jump, and I think that is wrong.

There are plenty of top-end players on this huge slate, so how are we going to narrow down our player pool and eliminate some studs from the mix? I think that we have to look at some low-owned options on such a big slate.

Karl-Anthony Towns is the chalk right now, and I get why, but I just don’t think that this spot for Towns is a can’t-miss spot. I expect Towns to be productive, but players like D’Angelo Russell, Malik Beasley, and Johnson all project as new players that will have the ball in their hands a decent amount, and I don’t want to mess with that too much.

My favorite pivot away from Towns is Andre Drummond. Drummond lost about four minutes in his Cavaliers debut due to a blowout, but now he gets a great matchup against Atlanta, and Kevin Love is questionable for the Cavs.

Another interesting development with Drummond’s move is the fact that he took three three-pointers and made two of them in his debut. Maybe this shot volume from behind the stripe doesn’t continue, but after moving to a new city and making two of three, I expect Drummond to chuck up a few more Wednesday night, which only helps his value.

Trae Young is a great pairing with Drummond because they are playing each other, and they do correlate well in a high-scoring game. Young has been very consistent and has all the potential in the world to go and drop 63 fantasy points on the Cavs like he did in their last meeting.