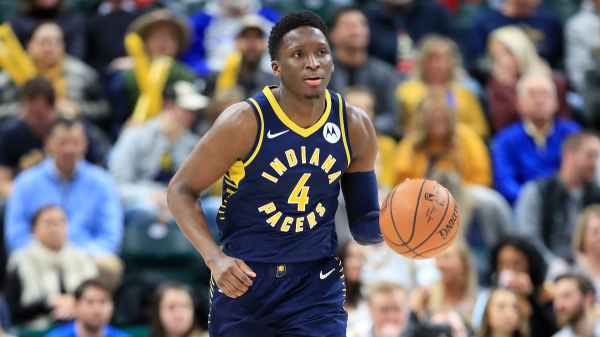 Wednesday’s slate of NBA DFS action is full of injuries, but that is nothing new for a six-game slate. Make sure that you keep up on the news leading up to lock and make adjustments accordingly.

The Rockets have been a mess for the past few games, and Wednesday may be no different. Both Clint Capela and James Harden are listed as questionable. If those two both do not play, I expect to play a lot of Russell Westbrook and no one else from this team besides places that were too lazy to price up Eric Gordon.

If those two are in, I will likely avoid the Rockets altogether as they are priced for the scenario that has them out of this contest. The only other Rocket I will consider is Isaiah Hartenstein, if we get late news that he will start for Capela. He killed everyone a few days ago, but if he does start, he will produce in his time on the court.

Two of the highest projected owned players right now are San Antonio’s Jakob Poeltl and Utah’s Mike Conley as value plays in the same game. On some sites, Poeltl has been priced up, but this is a spot where he should play 35 minutes to mirror Rudy Gobert’s time on the court. I like Poeltl to score 30-plus fantasy points again Wednesday night, barring foul trouble.

Conley is an interesting case and one that I would like to get away from if possible. He played 25 minutes last game, which is the reason for the sudden interest, but this guy was bad even before injury, and he hasn’t produced after it either. I don’t mind the play, but I would like to pivot other places if other value arises.

The Chicago Bulls will take on the Indiana Pacers Wednesday night, and we should see Victor Oladipo return to action for the first time this season. This will likely take me off of all of the Pacers besides Domantas Sabonis if Myles Turner was to miss this game. Oladipo won’t play enough to warrant ownership on most sites, but he will take usage away from other key players.

I really like Thaddeus Young again because of the matchup. Indiana is a big team, and I think that the Bulls should want Young out there matching Sabonis’ minutes if possible, which would mean about 36 minutes.

Do You Want to Win a GPP?

There are a lot of question marks at the center position Wednesday, with the most notable one being Andre Drummond, who is currently listed as questionable. Drummond being ruled out would open up 25 or so minutes for Christian Wood and Thon Maker.

Both of those guys would become great plays in that scenario, particularly Wood, due to his massive ceiling in limited minutes that he has flashed for his entire career.

I will have almost 100 percent of one of those two if Drummond is ruled out, and I would suspect that Maker goes pretty low-owned because he hasn’t been a great player for most of his career. That being said, I think he has 35 in him if he shoots well or Wood runs into foul trouble.

However, these are not the guys I am talking about when I ask about winning a GPP. I love Sacramento’s Dewayne Dedmon as a tournament play Wednesday if you are willing to take on a lot of risk.

Since Marvin Bagley III and Richaun Holmes have been injured, Dedmon has gotten the starts at center. In the first game, Dedmon played 31 minutes and scored 30 fantasy points against the Drummond-less Pistons. Since then, Dedmon has played just 19 and 16 minutes against Chicago and Minnesota, respectively.

I think that the matchups against players like Karl-Anthony Towns and Luke Kornet have allowed the Kings to use Nemanja Bjelica at the 5, but I would not be surprised if Dedmon is deployed against Steven Adams for 30 minutes. He has played 30 minutes very recently, and I think that Adams would feast on Bjelica as he just sits in the post, unlike Towns and Kornet.

This is not some lock play, and I would like to hear about Adams’ minutes before tip, but this is a play that will be one percent owned and has a 35-point upside at a dirt-cheap price.