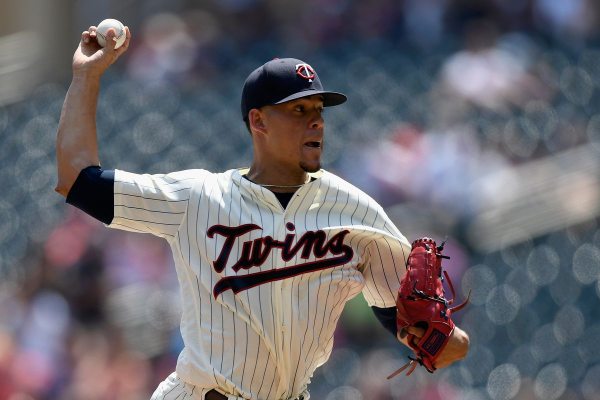 Friday night means another 14-game slate is waiting for us with the Cubs and Reds being the only two teams not on the slate, due to an early game at Wrigley. Let me get this out there: I absolutely hate this slate for pitching because I think everyone is too expensive, especially on DraftKings. There are a lot of pitchers to attack, and I really don’t like paying up for pitchers that often, especially this season with the increase in home runs and variance in pitching altogether.

Even though I don’t like the pitching, that does not mean that I cannot gain an advantage over the field with my decisions, and I want to do that by paying down at pitching as a whole. On this slate, there are seven guys priced as elite pitchers on DraftKings and six on FanDuel. What that means is that I think there will be a LOT of ownership on the top tier because there are a lot of pitchers in this top tier.

I don’t want to blindly fade these guys, but I have reasons to avoid them. Snell is the top pitcher on the slate to me, and it’s not that close. If you want to spend all the way up there, go for it. I may do it a little, but it’s not going to be forced into my lineups.

The rest of these guys are just too expensive. Chris Sale vs. the Astros? Not necessary.

Syndergaard has not been that good this season as his lack of command has really bit him of late. I wouldn’t attempt to talk you off of him because of the matchup, but I wouldn’t attack this spot as much as most may.

Bieber gets a solid lineup and is too expensive.

Berrios is the other guy at the top that I would play if I wanted to go this high. The White Sox will strike out a lot if Berrios is on, and Berrios has the talent to throw seven innings of shutout ball with 10 Ks.

Walker Buehler is in a good park against Pittsburgh, but I think that he lacks the upside in this matchup to challenge the top pitchers on the slate. He is too expensive on this slate to be worthwhile.

My favorite pitcher on the slate might be Griffin Canning. Canning is an elite prospect who has run through the minor league system like it was little league, and I think he has the elite upside vs. a strikeout-heavy lineup in Texas. Canning isn’t going to be as consistent as these top arms, but with the discount, I am willing to take a risk on the talent and upside.

After Canning, it gets really bad, really fast. Trent Thornton is not an elite arm, but he does have a good breaking ball, and that has given him multiple games with elite upside this season. San Diego is a fine offense, but it’s nothing that will scare me away.

The Coors Field stacks will be popular as always, but I may want to stay away from the Orioles against Hoffman. Hoffman was an elite prospect but never really made the jump well. However, this season, Hoffman has been good in the minors, giving me a little hope that he can be serviceable tonight.

The Yankees get Jakob Junis, who has notorious home run problems. Junis is in Kansas City, which will help, but the Yankees have the power to hit it out anywhere, which is great for a stack.

My favorite sneakier stacks are in the Cardinals and Braves game. Both Folty and Mikolas have been good pitchers before this season, but they have both been awful this season. They both get above average lineups in this spot, and I think the ownership might be too low due to their name value.