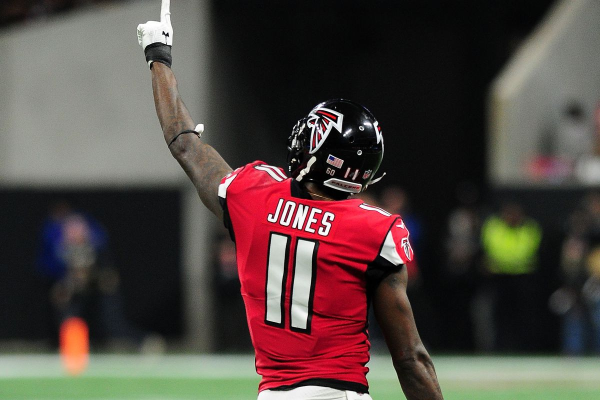 Here is a look at our Daily Fantasy Sports Lineup tips for Major League Baseball on Friday June 29, 2018:

Jacob DeGrom and Trevor Bauer are my favorite pitchers for raw points tonight. They both have above average matchups and some of the best stuff of the slate. The problem is the price. If you want to spend up tonight. These are your guys. DeGrom is a cashier option against a less potent offense in a great ballpark. DeGrom is the hottest pitcher on the market and he should want to continue to impress, in order to get sent to a championship contender. Bauer has shown flashes of brilliance this year and continues to get better year by year. Bauer describes his pitching process to be more like an engineer than a pitcher and he is always looking for new ways to improve. Bauer has been on fire lately and my ownership will depend on roster construction and the field’s perception of him.

Rich Hill is a pitcher that seems to have a lot of possible outcomes but I think he is a solid GPP play if you are comfortable with the limited pitch count. Hill has seemingly gotten back the feel of his curveball and that could be deadly to a Colorado team outside of Coors Field. Hill isn’t my favorite play, but he has upside for over a K/inning.

Julio Teheran is another great tournament play on today’s slate. Teheran faces a Cardinal offense that has been much better of late, but it should have a lot of right-handed hitters within it. Teheran is much better than his price tag against righties and that should be the bulk of his matchup. If you play Teheran, hedge with Carpenter in a lineup. He has been on fire for over a month and should be the biggest threat to Teheran tonight.

Dylan Covey is going to be a polarizing play tonight. Covey has shown he is much improved this year with an increased groundball rate. Covey has struggled his last 2 times out but the key reason is the walks. Is there something wrong with Covey that has caused the walks, or is it just 2 bad starts piled up on each other? I believe it is the latter and I think people will be either stacking Rangers or playing Covey tonight. I may roll the dice with Covey in GPP’s if the ownership is as low as I am suspecting.

Tyler Anderson is a solid MLB arm that pitches half of his games in Coors Field. Anderson gets a surging Dodgers offense, but I think he should be in a good spot to put up solid performances and is playable in all formats due to the price/talent level combination.

CC Sabathia is NOT bad. Is he good? Sometimes. CC relies on his control and baseball IQ to get him through games, but his stuff still isn’t bad either. Sabathia has been a leader in soft contact for 2 years now and can perform against any team. The Red Sox could be a somewhat popular stack tonight and I think being on the other side of that tonight may give you decent leverage. I will not be attacking CC and will even be utilizing him in some lineups tonight.

Marcus Stroman is an $8,000 pitcher when he is right but he hasn’t been right all year. His last start was promising though against a talented Angels offense and it has me interested to go back tonight against a worse offense. Stroman is not a huge K guy and the limited pitch count may make it difficult on him to really throw up a big number, but at his price, Stroman is in play in GPP and maybe as a riskier cash play.

The Indians are probably the highest owned stack on the day and for good reason. Paul Blackburn has shown no ability to be a solid MLB-level pitcher and the Indians are an offense that should make him pay. I love the Indians besides 1 concern. The Indians have struggled on the road. They are so much better at home that it almost makes me think they are cheating at home. Now, Progressive Field is a slight hitter’s park, but it shouldn’t matter THAT much. In 1559 plate appearances this year at home, the Indians are batting .283 with 62 homers and 231 RBI’s. Away, in 1507 plate appearances, the Indians are batting .224 with 50 homers and 145 RBI. You see that? They’re elite at home and borderline worst in the league away. For now, we can consider it “variance” but it is suspect and should at least be looked at once in a while.

The White Sox are probably my favorite stack on the slate vs. Yovani Gallardo in Arlington. Arlington is one of the best hitting environments in baseball, especially this time of year, and the White Sox have the lineup to take advantage. I love power in my stacks and the White Sox have some power guys in a great ballpark. I will have lots of Moncada, Abreu, Davidson, and others sprinkled in.

Erick Fedde is a solid prospect, but he is not ready yet and the Phillies have the bats to make him pay. Odubel Herrera is having a career year and is an expensive bat that should be lower owned because of all of the bigger names around him. I don’t mind adding any other Philly with Odubel to create a mini Phillies stack in GPPS.

Seattle is full of power bats against a pitcher that loves to give up power. Ian Kennedy isn’t horrible, but he has multiple games this year of giving up 3+ homers in a game. Kennedy will strike batters out, but batters like Cruz, Haniger, Seager only need one swing against Kennedy to hit value and then some.

My favorite sneaky stack on the slate in the Yankees. Eduardo Rodriguez is a borderline elite arm against a Yankee team that loves to K, especially at the top of the order. Rodriguez may garner some ownership depending on the talk around the industry. These are some of my favorite spots to target the Yankees. The Yankees are probably the “peskiest” team in baseball that no one thinks of as “pesky.” This team works counts a LOT and pitchers that sometimes struggle to find his control or just labor through innings can get hurt by this. E-Rod is one of those guys. The Yankees will probably K a lot and work counts against E-Rod, but it’s possible that his control goes away with the work. That is what I am targeting for GPP’s. The Yankees did this earlier in the year against a talented Garrett Richards, who has very similar qualities and it is possible to see a repeat performance today.